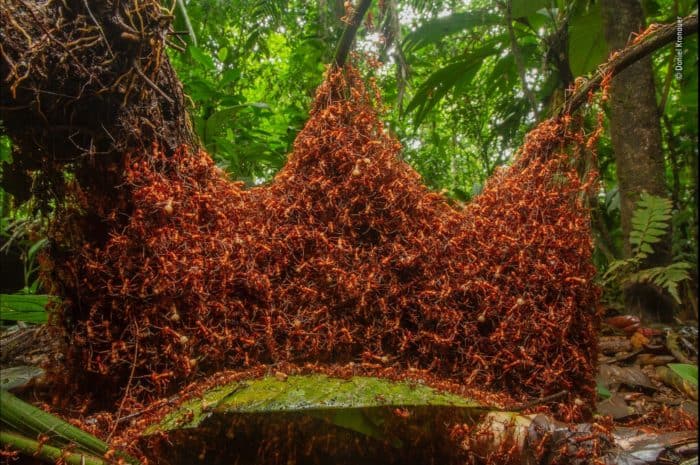 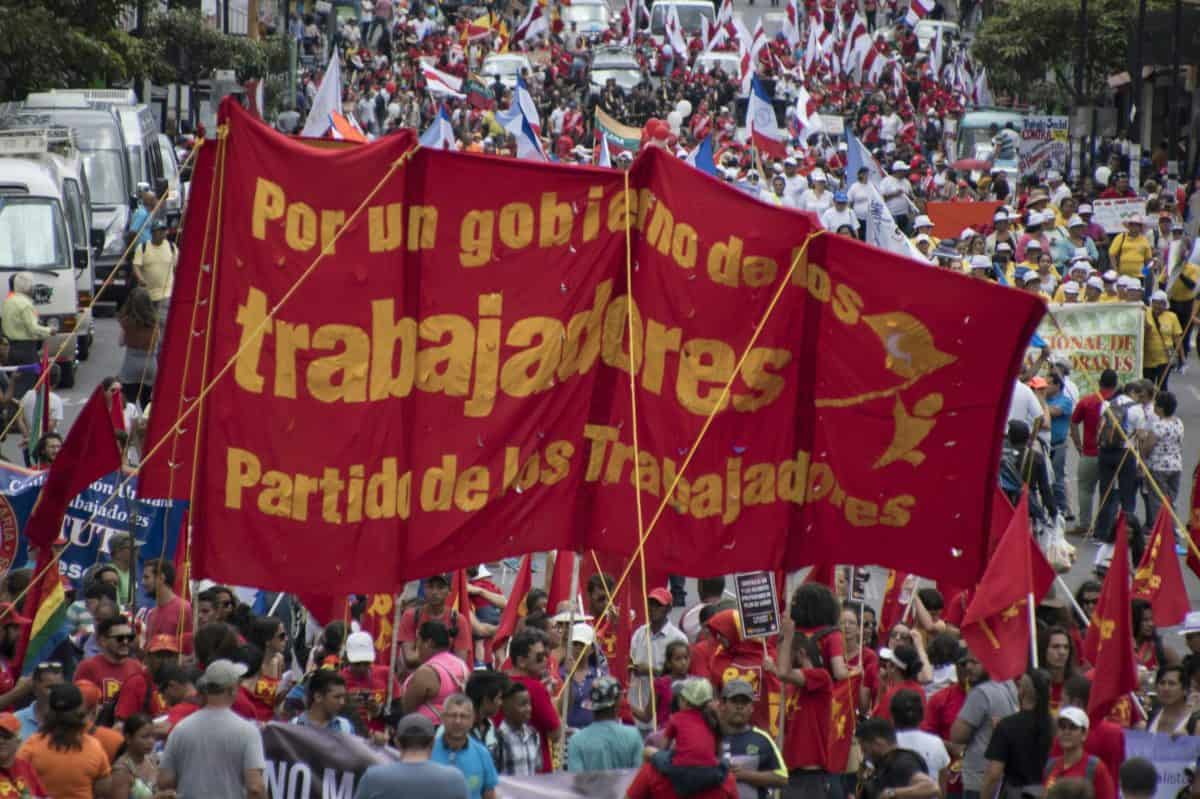 Workers march during a May Day celebration in San José. (Ezequiel Becerra / AFP)

On May 1, International Workers’ Day, Avenida Segunda in San José was filled with banners and marchers during the traditional protest held each year in Costa Rica. The protesters, led in large part by labor unions, criticized tax reforms under consideration at the Legislatively Assembly to address the country’s large deficit.

This year’s march featured the Bloque Sindical y Social Costarricense (BUSSCO), bananeros and piñeros (banana and pineapple workers), feminists, immigrants from Honduras and Nicaragua protesting against their own governments and many more. Take a look. Nicaraguans living in Costa Rica hold a sign reading "Ortega out, thief and murderer. For a peasant worker government" during a May Day march in San José. Ezequiel Becerra / AFP A man holds a sign reading "Trump, danger for humanity" during the march. Ezequiel Becerra / AFP