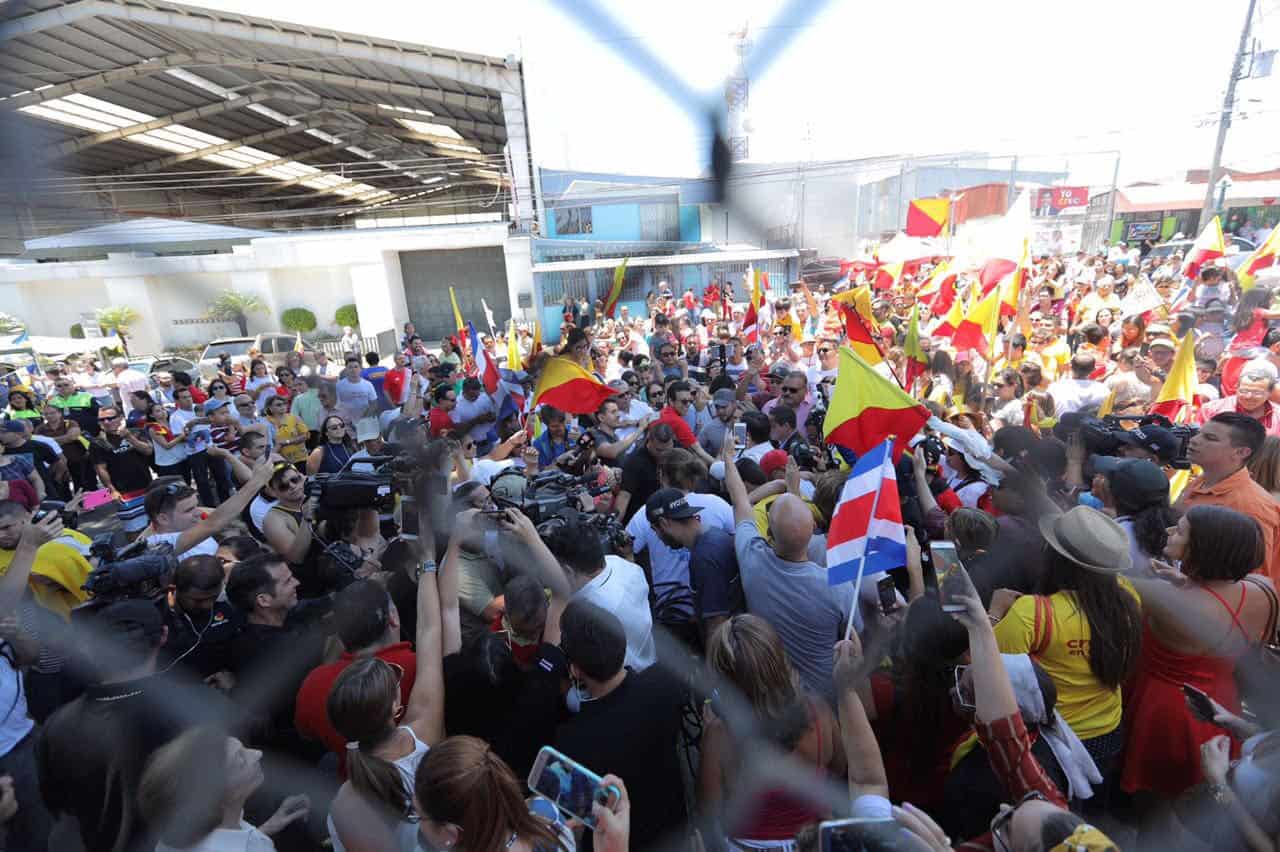 If you weren’t able to experience the sights and sounds of Costa Rica’s packed polling places and flag-filled streets for yourself today, do the next best thing: experience them through a 360 video, the first time such videos have been used for political coverage in Costa Rica.

This video, shot at the Carlos Sanabria School in the western San José district of Pavas by journalist Alexander Villegas, features supporters of Citizen Action Party (PAC) candidate Carlos Alvarado as the candidate arrives to vote. We are now working on our second 360 video from Paseo Colón, where supporters of National Renovation Party (PRN) candidate Fabricio Alvarado are gathered.

If you’re seeing this on a mobile phone, move your phone around to take in different aspects of the scene. If you’re watching on a computer screen, drag and click your mouse to move around the image.