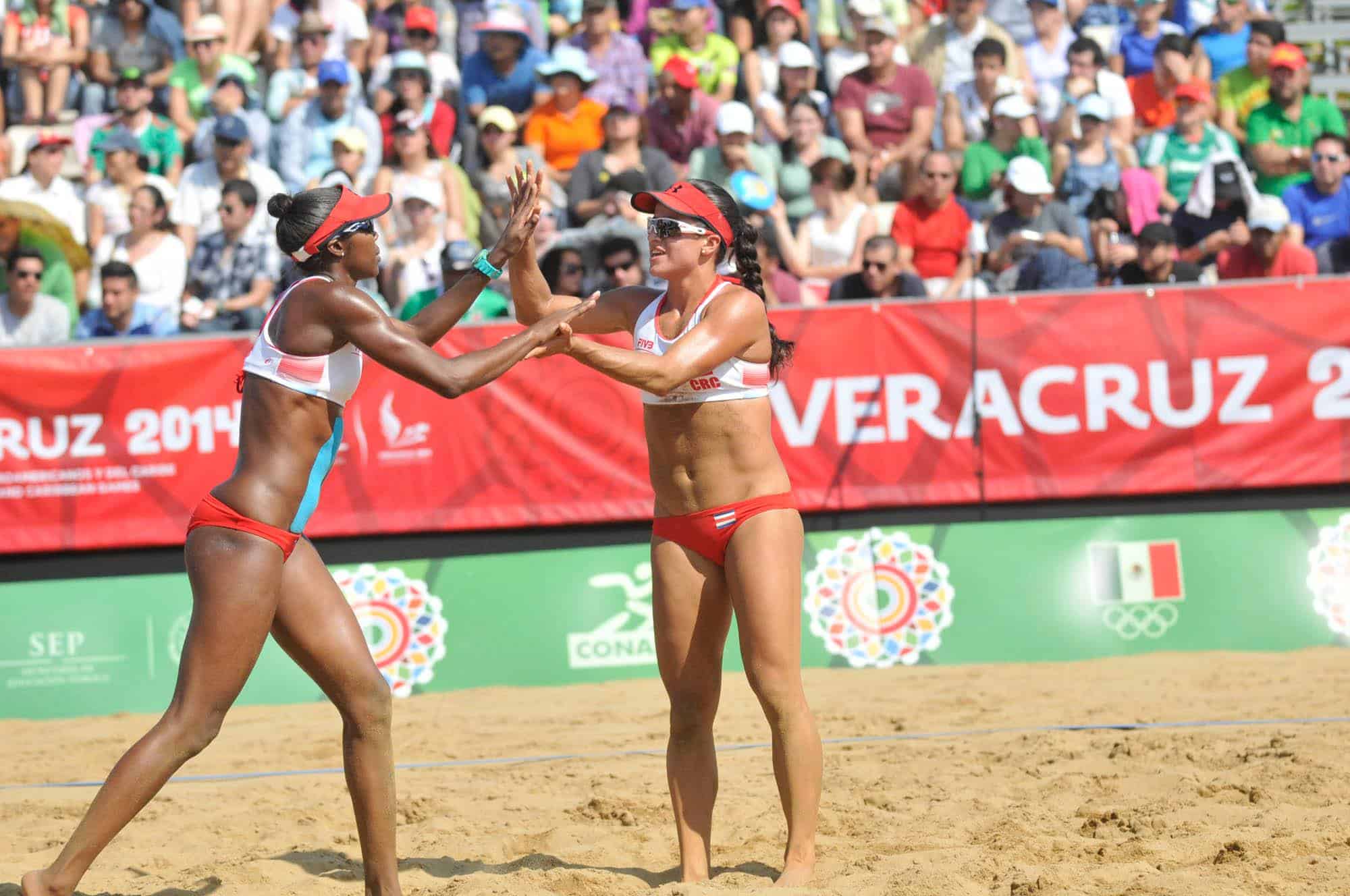 On the sand court next to a kindergarten, sporadic shouts break through the otherwise quiet Sunday morning in San José’s southern district of Hatillo.

Calls are loudly contested and score totals questioned as Costa Rica’s top women’s beach volleyball team spars against two male opponents. There are no packed crowds and television cameras like the ones that await Karen Cope and Nathalia Alfaro when the pair begins Olympic play in Rio de Janeiro in a matter of weeks. But the practice feels almost as intense as a match on the world stage.

“Karen and I always like to win,” said the 29-year-old Alfaro, who makes up one half of the first Costa Rican women’s beach volleyball duo to qualify for the Olympics. “We’re competitive and we always fight and I think that’s going to play into our favor in Rio.”

Alfaro and Cope will keep reaching for historic heights after winning the North, Central America and Caribbean Volleyball Confederation (NORCECA) tournament in Mexico that qualified them for this year’s Summer Olympics.

“We’re really proud,” Cope said of being the first Costa Rican beach volleyball pair in Olympic history. “All of the trust we had together was the best part of it all. We made it as a team.”

The pair has only been playing together for around three years, but they’ve carved out a long list of accomplishments. Last year, they became just the second Costa Rican women’s pair to ever participate in an International Volleyball Federation World Games.

Coach Ingrid Morales, a former star on the women’s beach volleyball team, has managed the duo for the past three years after playing alongside Alfaro as her teammate in international competitions.

The Costa Rican team will begin Olympic play on Aug. 6 at Copacabana beach, taking on Australia. In Pool “F” play, the Ticas will also face Dutch duo Madelein Meppelink and Marleen van Iersel — ranked No. 13 in the world — followed by the Venezuelan team.

Cope and Alfaro, who rank 71st in the official international standings, said they’re ready to take on the underdog role and send shockwaves through the sands of Rio.

“I think the bigger teams expect us to stand there and not do much but that’s good for us,” Cope said. “We’re still aware that there are bigger teams that have been working together for a lot longer than we have. It’s going to be hard, but we’re still willing to work for it.”