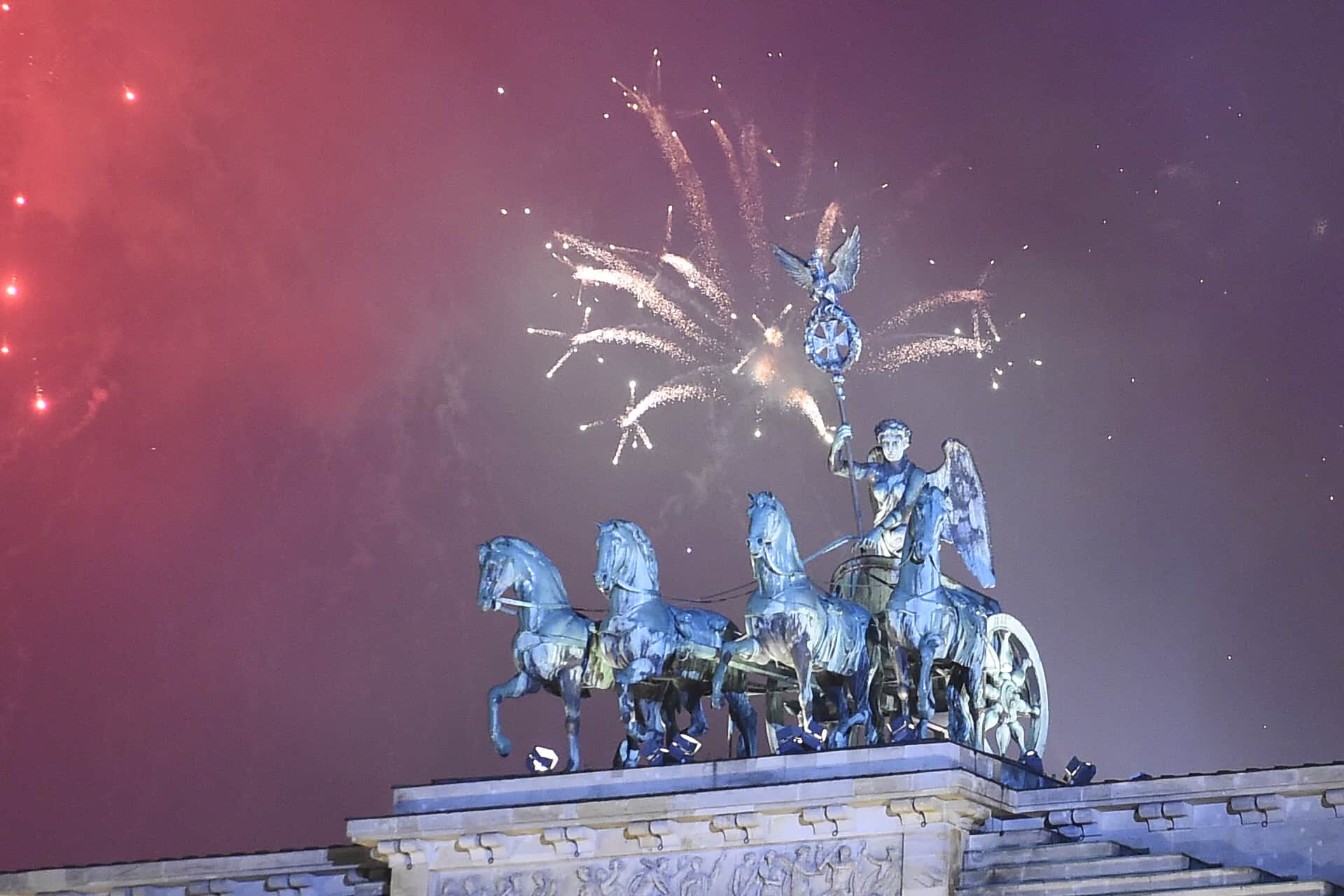 Fireworks explode behind the quadriga of Berlin's Brandenburg Gate to usher in the new year, on Jan. 1, 2016. (Tobias Schwarz/AFP) Egyptians celebrate the New Year in front of the pyramids near the Egyptian capital Cairo on Jan. 1, 2016. Khaled Desouki/AFP Girls with New Year 2016 head bands cheer while waiting for the New Year's fireworks in Sydney on Dec. 31, 2015. Saeed Khan/AFP People gather on the Champs-Elysees avenue in Paris before celebrating the New Year in Paris on Dec. 31, 2015. Florian David/AFP