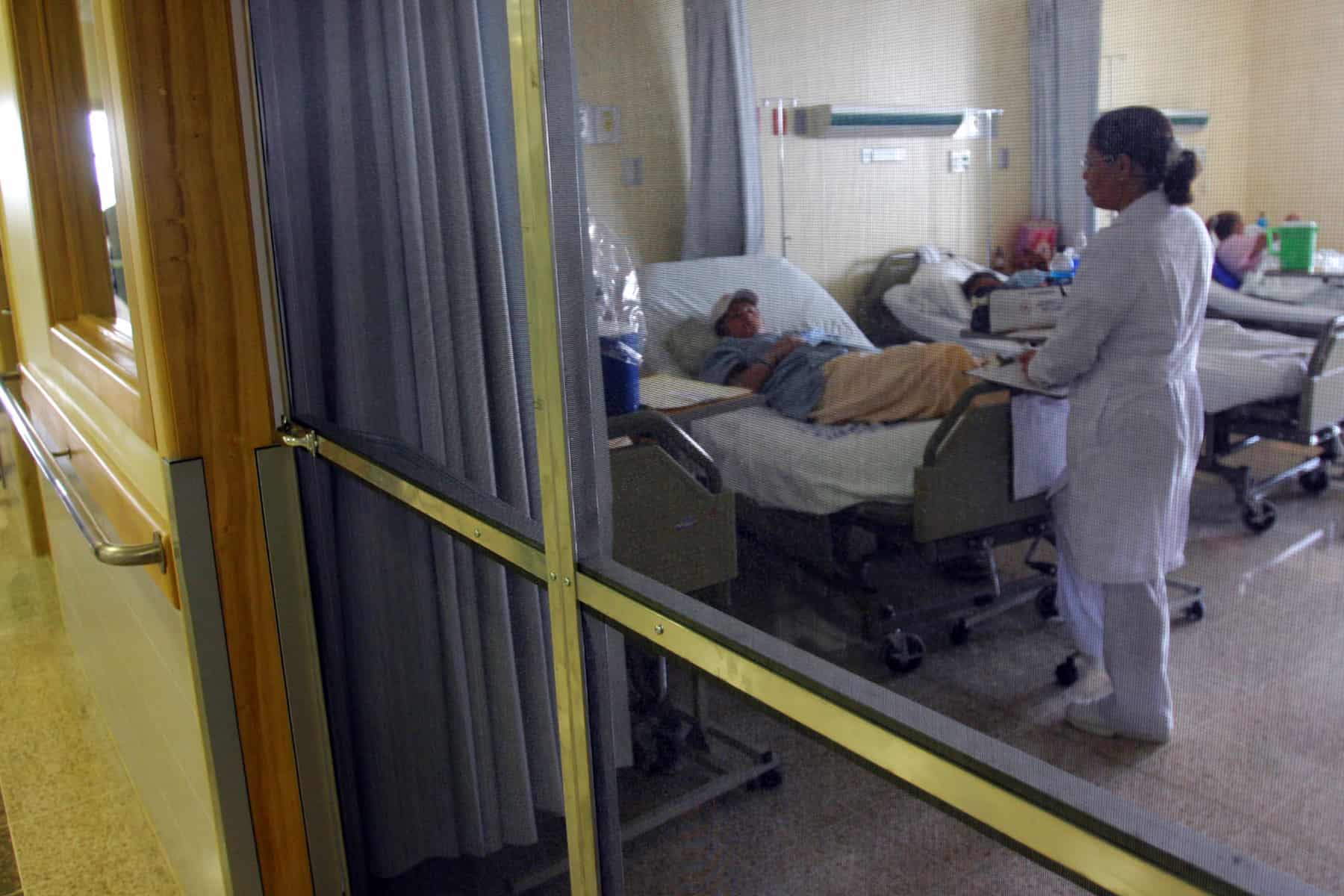 Officials at the San Carlos Hospital in northern Costa Rica report a total of 10 patients are currently being treated for respiratory diseases. (The Tico Times (For illustrative purposes))

Both patients reportedly are in critical condition. One faces complications caused by pneumonia, and the other has bronchopneumonia, Carrillo said.

The hospital is treating a total of 10 patients with respiratory diseases, mostly pneumonia, but doctors are so far unable to confirm that all are attributable to H1N1, because the Costa Rican Nutrition and Health Research Institute is closed for the holidays.

Of the 10 patients admitted last week, three are in critical condition. The remaining seven are in stable condition, Carrillo said. Hospital officials on Sunday transferred an 11-year-old girl with severe pneumonia symptoms to the National Children’s Hospital in San José

The Health Ministry’s director of health surveillance, Roberto Castro, on Monday ruled out that a man who died from respiratory complications last Thursday at that hospital was infected with the H1N1 virus, also known as swine flu.

Hospital officials are awaiting the autopsy results of two other men, a Tico and a Nicaraguan aged 20 and 21, respectively, who died last week within 36 hours of being admitted with severe symptoms of pneumonia.

“At this point I can’t confirm whether they died because of H1N1 virus, but it is a positibility considering the symptoms they presented,” Carrillo said.

San Carlos Hospital officials last Friday reported that throughout the week they had attended an average of 50 patients a day with respiratory diseases. The spike in sick people forced officials to open a special consultation service inside a quarantined area of the emergency room and to temporarily cancel visits to most of the hospital’s areas.

Carrillo said officials are aware that an influenza outbreak has been affecting several Nicaraguan communities in recent months, and they do not rule out that the increase in respiratory diseases in San Carlos could be related to the canton’s proximity to the border with that country.

Last year a total of 17 people died in Costa Rica from H1N1 influenza, and so far this year, the Health Ministry has officially confirmed two more.

The H1N1 flu mostly causes sore throat, a phlegmy cough, fatigue and difficulty breathing as warning signs. It was first detected in the U.S. in April 2009 and spreads mainly from person to person through coughing, sneezing or talking.