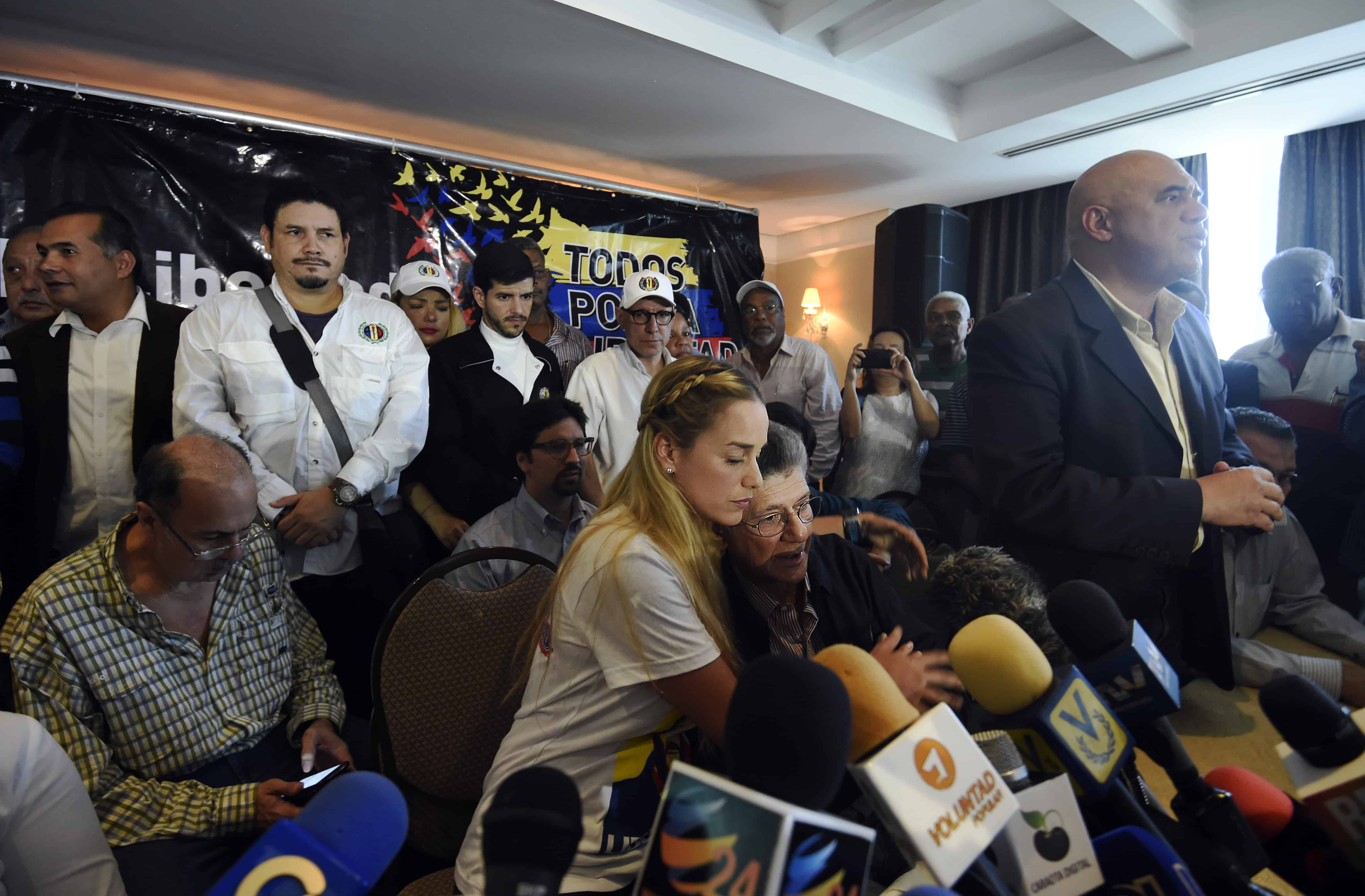 CARACAS, Venezuela — A Venezuelan opposition leader was shot dead Wednesday during a rally for the country’s upcoming legislative elections, an event also attended by the wife of a jailed opposition leader, an official said.

Ramos Allup said Díaz was standing next to Lilian Tintori, wife of jailed opposition leader Leopoldo López, who is in prison for incitement to violence in 2014 antigovernment protests.

He added that the shooter was believed to be a member of an “armed gang” linked to the ruling United Socialist Party of Venezuela (PSUV).

In a statement, the Union of South American Nations (UNASUR) expressed regret over the death and rejected “all forms of violence that could affect the normal development of the electoral process.”

The 12-country regional bloc, which is sending observers to monitor the elections, called on authorities to carry out “a thorough investigation into this reprehensible act, with an objective of avoiding impunity.”

In the past two weeks, Venezuela’s opposition has reported multiple incidents against its leaders including former presidential candidate Henrique Capriles, who said he was attacked by ruling-party supporters.

Tintori as well said she was harassed while trying to participate in a rally in Cojedes.

And on Sunday opposition candidate Miguel Pizarro said a shooting occurred during his tour of Petare, a sprawling slum on Caracas’ eastern edge. Afterwards he presented photographs of hooded men he said were carrying guns.

“The violent preaching from the highest levels of government is responsible for sowing hatred,” it said.

Venezuelans will elect 167 deputies to their unicameral National Assembly when they vote in December.

Opinion polls indicate that the opposition is poised to win control of the body for the first time since Maduro’s mentor, late leftist firebrand Hugo Chávez, came to power in 1999.

But opposition leaders accuse the PSUV of seeking to steal the vote and have said they are deeply skeptical of the objectivity of election observers.

Venezuela’s oil-rich economy has taken a recent beating by a plunge in crude prices, runaway inflation and widespread shortages of basic goods.

Violent crime and political tension have added to a pervasive sense of insecurity.