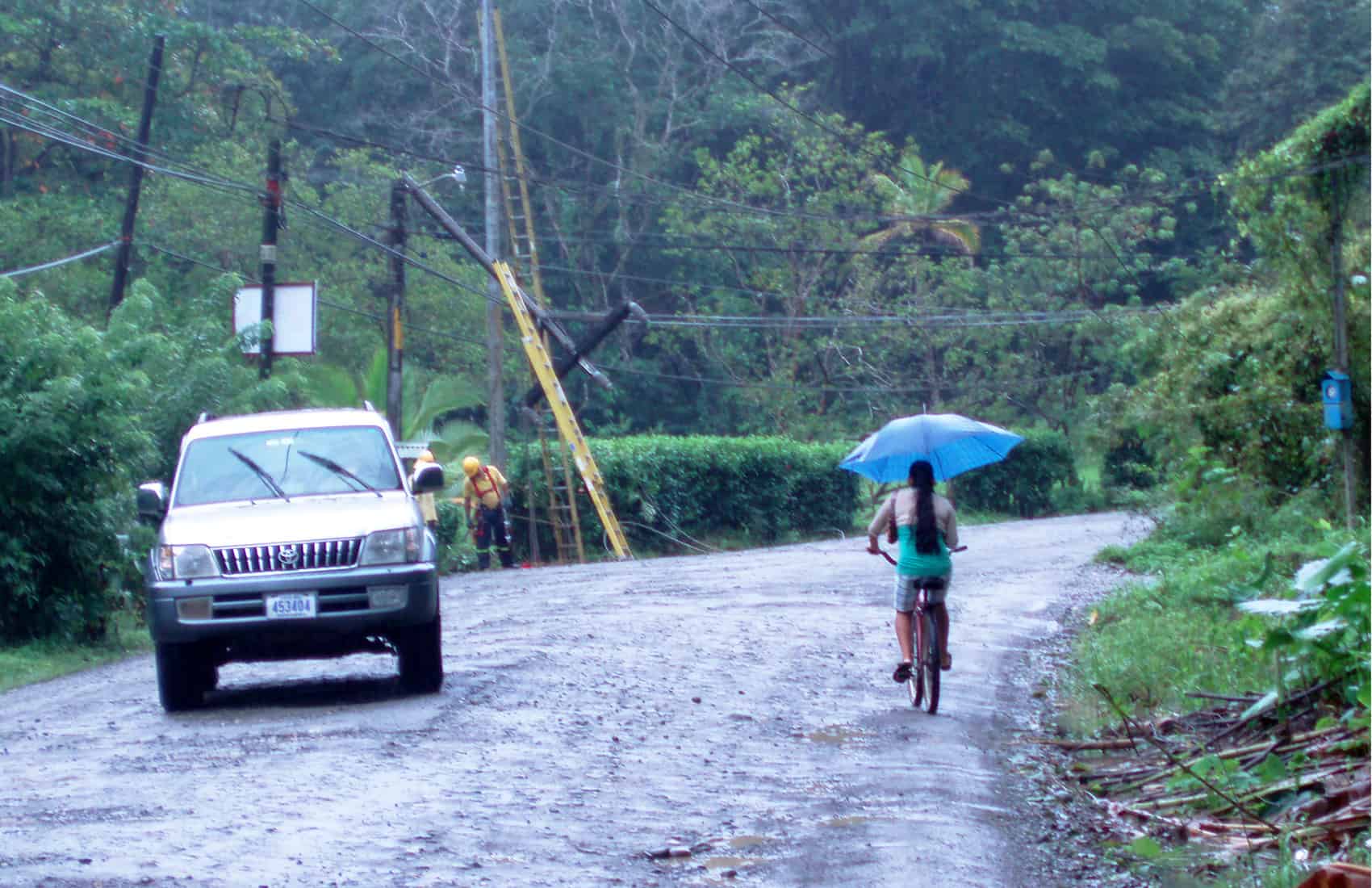 Emergency officials are warning residents of the Caribbean and northern regions about potential flooding, landslides and strong wind, May 18, 2015. (Meg Yamamoto/The Tico Times)

Thunderstorms with electrical activity are also expected, according to the National Meteorological Institute (IMN).

The south and central Pacific coast will also be affected, but with less intensity.

IMN’s forecast indicates a low-pressure system in the Pacific Ocean will cause heavy showers during most of the coming week, with accumulated rainfall levels of between 50 and 80 millimeters during periods of up to 12 hours.

Emergency officials warned residents of soil saturation and increased flows in the Reventazón, Chirripó, Banano, Sixaola, Pacuare, Colorado and Frío rivers. They also warned communities to be on the lookout for strong gusts that could affect power lines and trees.