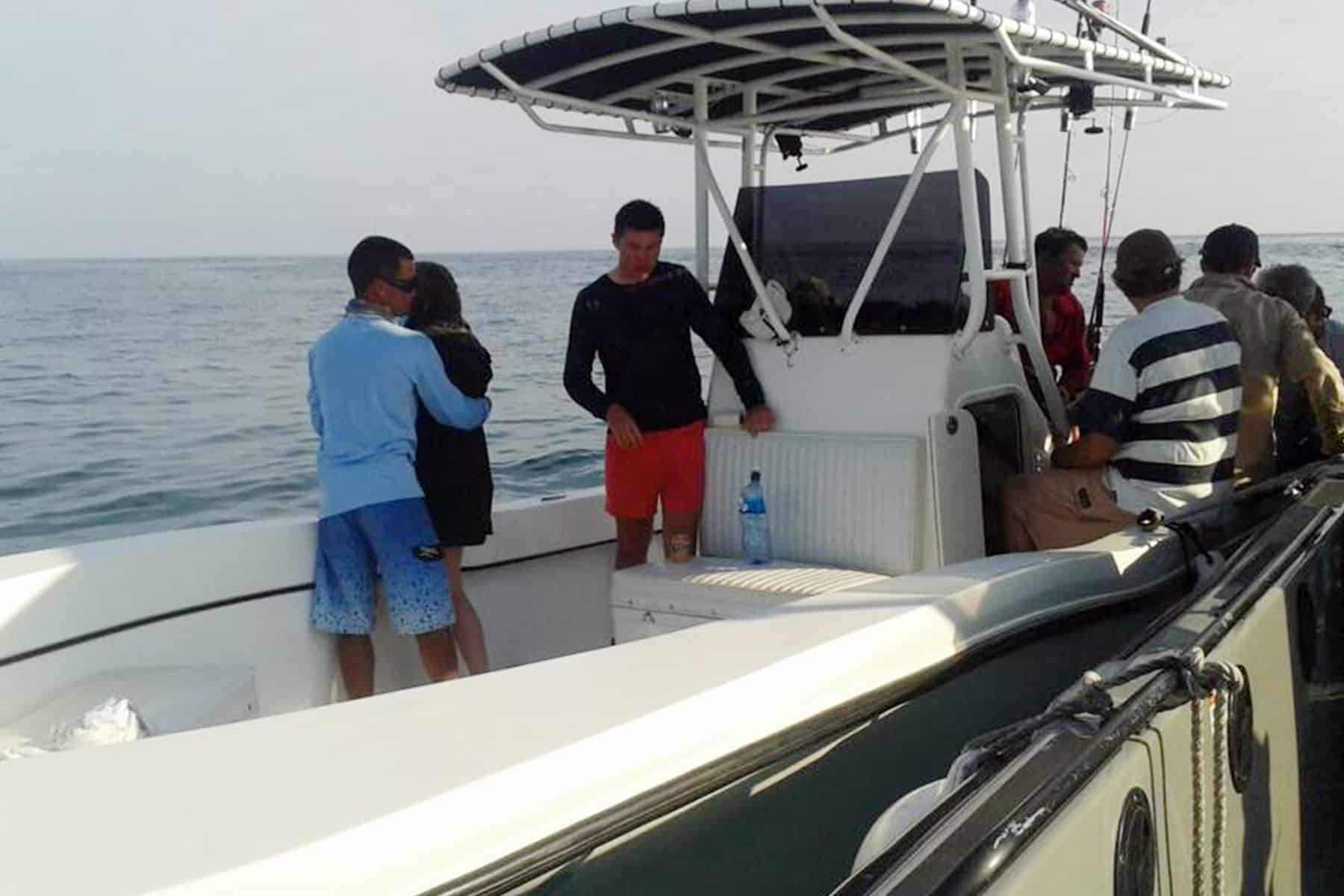 Coast Guard officials rescued four passengers of the boat who were taken to a local hospital in Golfito, April 19, 2015. ((Courtesy of MSP))

A French tourist identified by Costa Rican officials as Aubers Nicolle, 49, died Sunday when the fishing boat he was on crashed into rocks near the Osa Peninsula in Costa Rica’s southern Pacific.

The man was traveling with four other people, including his wife, Lidie Nicolle, 48 and son, Antane Nicolle, 15. The wife and son sustained minor injuries.

The boat sailed from the port of Golfito at 5 a.m. for a sport fishing trip. At some point during the day, strong waves apparently threw the boat against the rocks and it began to sink.

The local Coast Guard office received an emergency call at around 1 p.m. and immediately sent two speedboats to attempt a rescue.

The other passengers on the boat were Cedric Lemarie, 48, and the boat’s captain, Eider Cortez Vega, 29. All survivors were taken to a local hospital in Golfito for full physical exams.

This is Costa Rica’s second fatal boating accident involving tourists this year. On Jan. 8, a catamaran transporting 106 people sank in high winds and rough seas off the coast of Punta Leona beach, in the Central Pacific. Three passengers died.