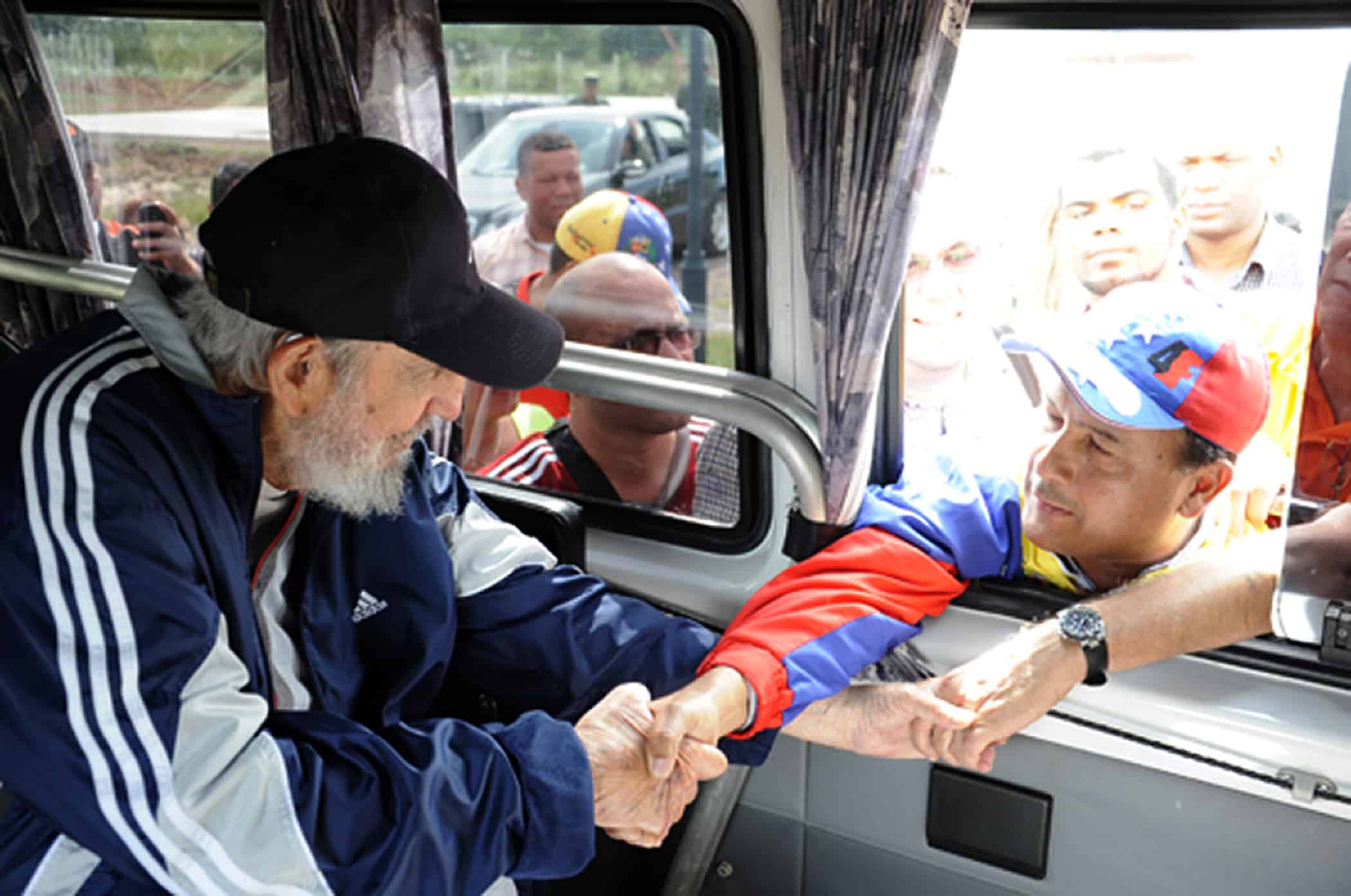 The state-run newspaper Granma said Castro had this week met with a Venezuelan delegation that had been invited to the communist island.

Granma published four photographs on its website of the 88-year-old Castro seated inside a bus or van and shaking the hands of supporters leaning in through the vehicle’s windows.

The bearded leader was wearing a blue-and-white tracksuit, a black cap and a hearing aid.

Since leaving office in 2006 for health reasons, the father of the Cuban revolution has kept a low public profile. He last appeared on Jan. 8, 2014 when he attended a gallery opening for a Cuban artist.

Granma said Castro “greeted, one by one and without any difficulties, the Venezuelans,” who were left impressed “by Castro’s lucidity and his attention to the details of what is happening in Venezuela.”

Castro was particularly close to the late Venezuelan president Hugo Chávez, who provided Havana with a steady supply of cut-rate oil and brought in thousands of Cuban advisers.

Venezuela is in the grips of a profound economic crisis triggered partly by plunging oil prices.

Castro was succeeded as president by his brother Raul Castro in 2006.