Ferry service between Puntarenas and Playa Naranjo to restart on Sunday 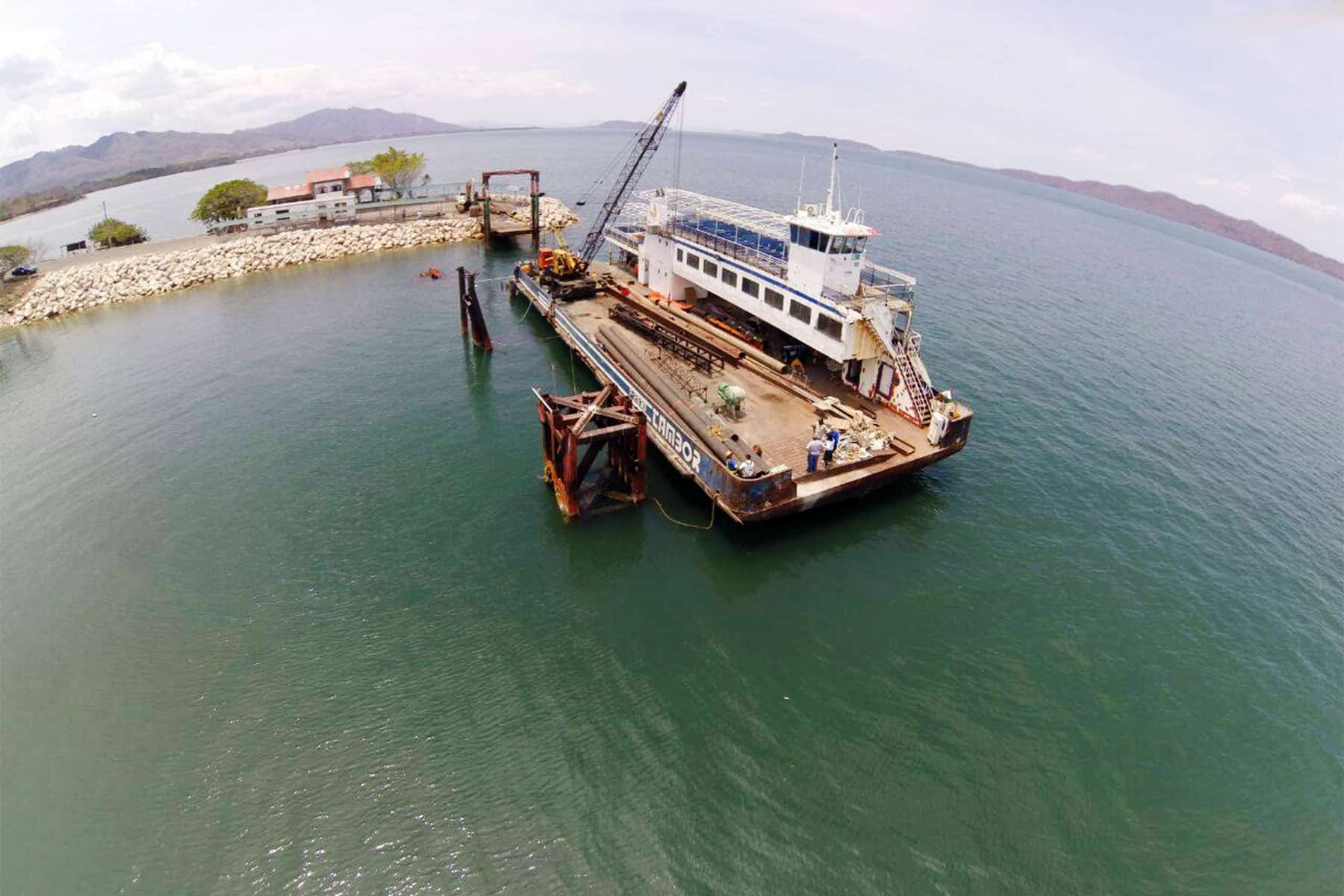 Construction work on a temporary dock started two weeks ago in Playa Naranjo, on the Nicoya Peninsula. ((Courtesy of MOPT))

Good news for vacationers planning to spend Holy Week along Costa Rica’s northern Pacific coast. Ferry services between Playa Naranjo, in the Nicoya Peninsula, and the city of Puntarenas could restart as soon as next Sunday, pending a security inspection of the new provisional dock, the Public Works and Transport Ministry (MOPT) confirmed.

The bridge and dock ramp to access the ferry in Playa Naranjo collapsed last March 8, forcing ferry owner Coonatramar to suspend the service, one of the shortest routes from the mainland to destinations on the Nicoya Peninsula.

Private contractor Constructora Nautica JyJ officially will finish construction on Friday and MOPT and Coonatramar staff will conduct docking tests on Saturday, according to Luis Coronado Salazar, the ministry’s director of maritime ports.

Tests consist of docking maneuvers to ensure that passengers, cargo and the ferries are safe on the provisional dock built over the past two weeks at an estimated cost of ₡67 million (some $124,000).

Constructora Nautica JyJ will begin work on the permanent dock — next to the temporary one — right after Holy Week. The project has a total cost of ₡300 million (some $556,000) and is expected to be ready by June, MOPT reported earlier this month.

Coonatramar currently makes four daily trips across the Gulf of Nicoya but it may add more trips depending on traveler demand during Holy Week, the company reported Wednesday.