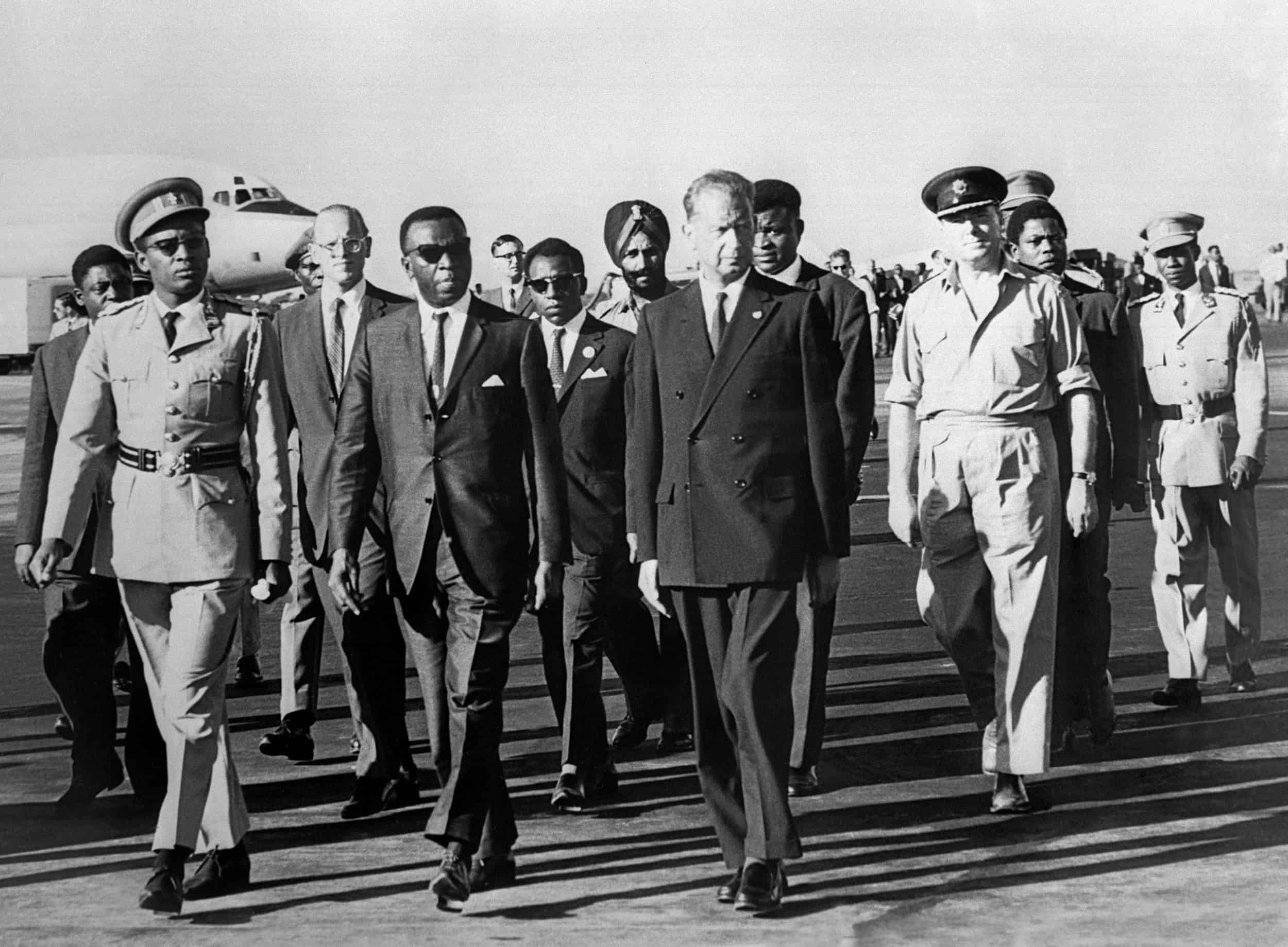 The late U.N. Secretary-General Dag Hammarskjold, third from left, arrives in Leopoldville, on Sept. 13, 1961, welcomed by Gen. Joseph Mobutu, left, and Premier Cyrille Adoula, second left, as part of a peace mission in the region. Five days later he was killed in a plane crash. (AFP)

UNITED NATIONS – The United Nations named a panel of independent experts Monday to reopen an investigation into the death of U.N. Secretary-General Dag Hammarskjold in a mysterious 1961 plane crash.

At Sweden’s request, the U.N. General Assembly adopted a resolution on Dec. 29 calling for experts to examine all “new information” related to the diplomat’s death in southern Africa on a peace mission to the Congo.

The three-person panel of experts will be lead by Mohamed Chande Othman of Tanzania, a former chief prosecutor of the international tribunal for Rwanda. Assisting him will be Kerryn Macaulay, Australia’s representative to the Organization of International Civil Aviation, and by Henrik Ejrup Larsen, a ballistics expert with the Danish police.

The experts will begin their work March 30 and are to present a report to U.N. chief Ban Ki-moon by June 30.

They will “review and assess the probative value of the information provided to the secretary-general by the Hammarskjold Commission as well as any relevant records or information released by member states or by other sources,” said U.N. deputy spokesman Farhan Haq.

Hammarskjold, the U.N.’s second secretary-general, died at age 56 when his DC-6 crashed near Ndola, in northern Rhodesia, now known as Zambia.

He was on his way to negotiate a ceasefire in the newly independent Congo and was to meet with Moise Tshombe, the leader of the province of Katanga, which had seceded from the Congo and proclaimed its independence.

In September 2013, the Hammarskjold Commission had called on the United Nations to reopen the investigation, saying there was “convincing evidence” that the U.N. chief’s plane was shot down as it prepared to land in Ndola.

Witnesses questioned by the commission spoke of the presence of another aircraft that fired on the DC-6.

The commission, which was composed of jurists and diplomats, also asked the U.S. National Security Agency to provide access to recordings it may have of conversations in the plane’s cockpit and radio messages that the crew may have made in 1961.

Until now, that material has been classified as “secret.”