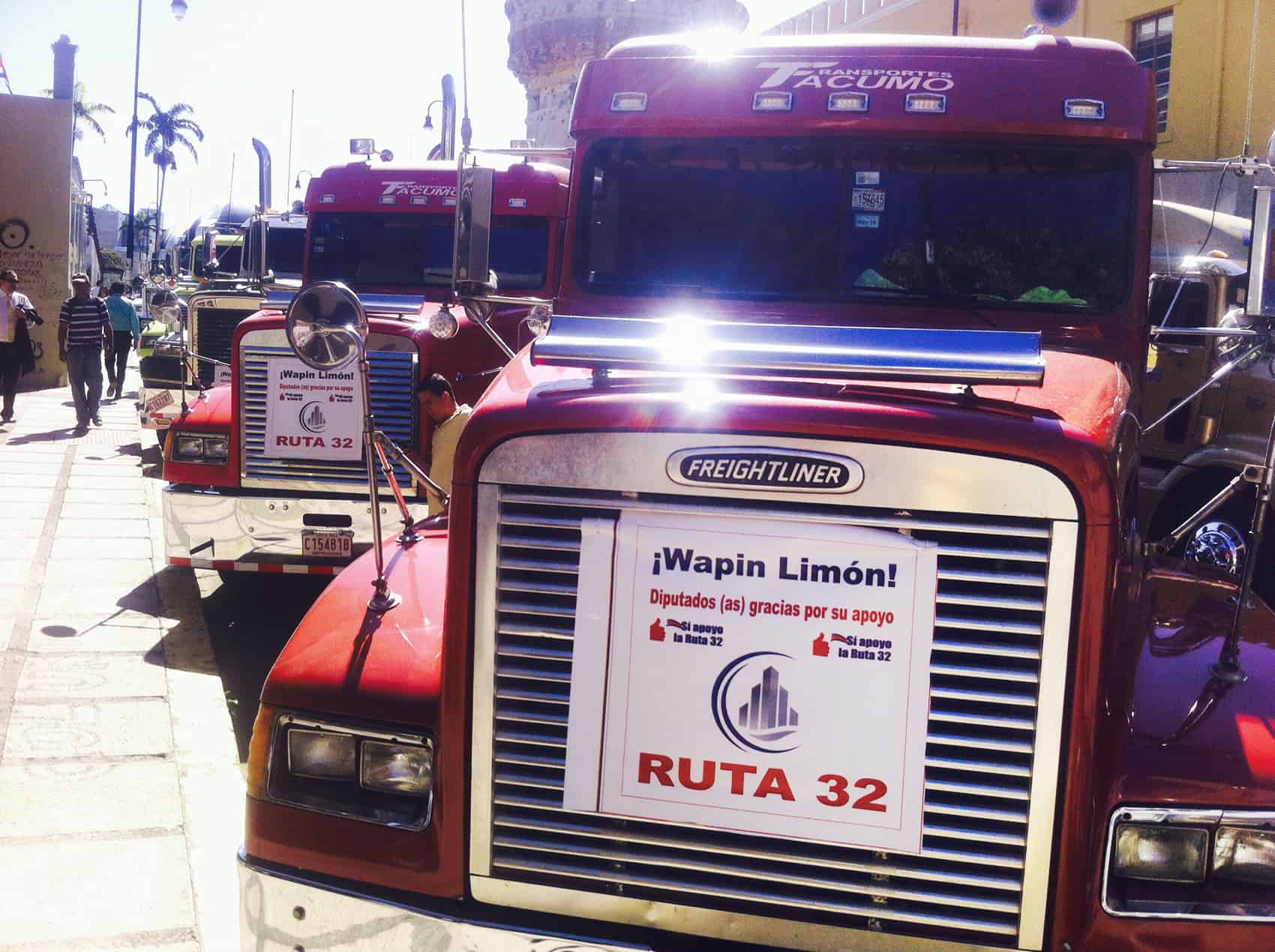 Protesters demonstrate in favor of the Route 32 financing bill outside the Legislative Assembly on Wednesday Feb. 25, 2015. (Alberto Font/The Tico Times)

Despite lingering questions about the project’s specifics, Costa Rican lawmakers passed a bill to finance a four-lane expansion of Route 32 between the capital San José and Moín, Limón on Wednesday.

The $485 million project will expand the 107-kilometer highway from two to four lanes. It’s expected to take 42 months to complete.

The passage of the Route 32 bill marks the second major infrastructure project to move forward this week after President Luis Guillermo Solís signed a bill into law financing the San Ramón highway expansion Monday. But opponents have expressed doubts about the specifics of the project, including its cost.

The bill approves a $395 million loan from the state-owned Export-Import Bank of China to design and build the highway project. The Costa Rican government will fund the remaining $70 million.

The loan includes the condition that the project be developed entirely by China Harbour Engineering Company using only Chinese workers.

The bill passed its second and final vote with the support of 46 lawmakers. Six lawmakers, including Epsy Campbell and Ottón Solís, prominent members of the ruling Citizen Action Party, voted against the financing bill.

Lawmakers and the Ministry of Public Works and Transport have voiced concerns about the project’s final price tag, specifically the cost of expropriating land for the expansion. The Costa Rican government is responsible for compensating landowners.

MOPT has criticized the $20 million assigned for the land acquisition as insufficient, according to the news website Ojo al Voto.

Lawmakers amended the original version of the bill passed Monday to allow Costa Rican institutions, including the National Structural Materials and Models Laboratory, to audit the mega-project, according to a statement from the Legislative Assembly Wednesday.

President Luis Guillermo Solís tweeted his thanks to lawmakers for supporting the bill: “We reiterate our promise to carry out projects well for Costa Rica and Limón.”