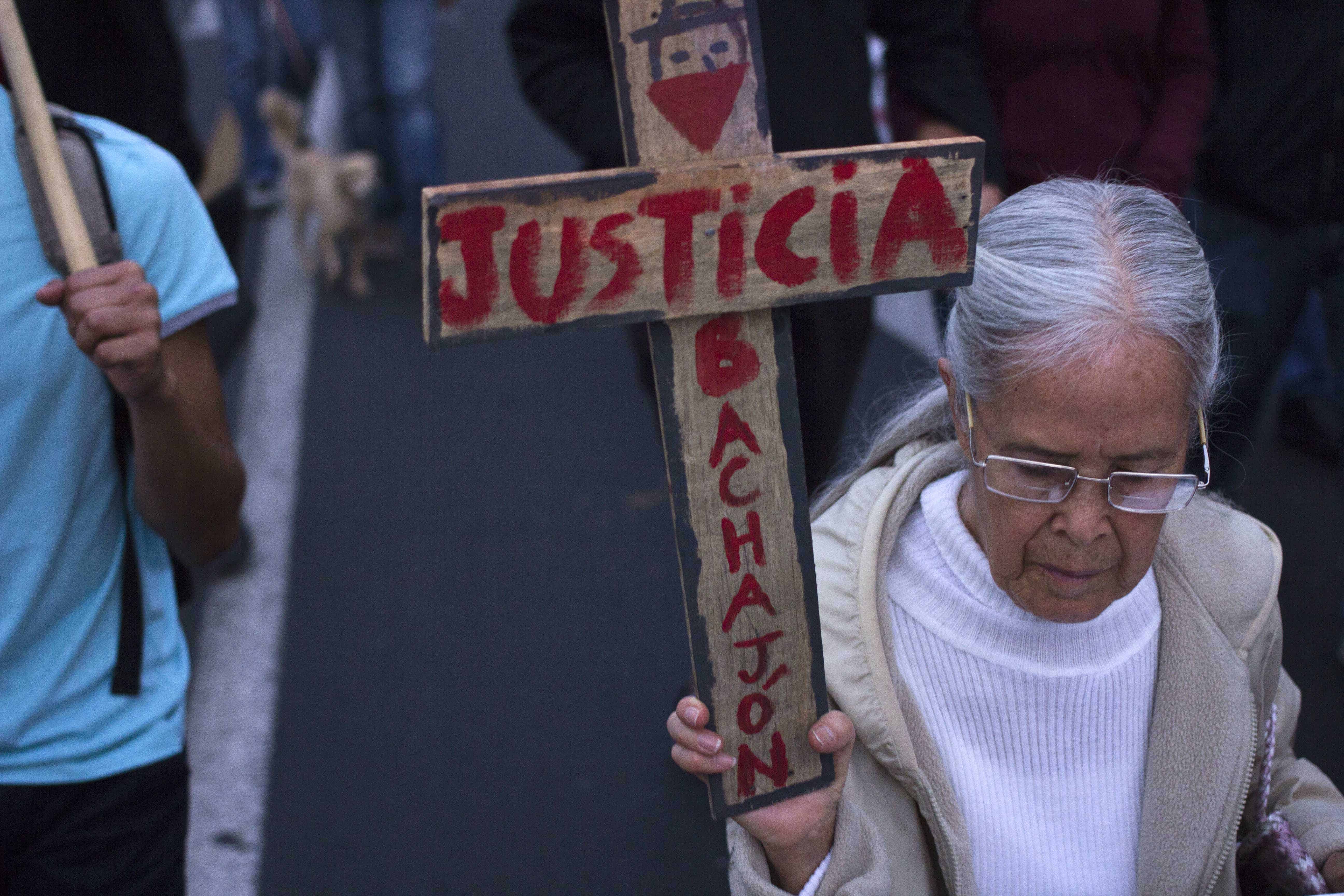 A march for justice after the disappearance of 43 students from Ayotzinapa, Mexico, on Jan. 26, 2015, in Guadalajara City. The students went missing on Sept. 26, 2014 in an apparent massacre by a police-backed gang that sparked nationwide protests and caused a crisis for President Enrique Peña Nieto. (Héctor Guerrero/AFP)

MEXICO CITY — On top of a hill at the edge of a trash dump, the drug cartel assassins shot dozens of Mexican students and tossed them down the ravine, where their bodies were then burned in a great conflagration until only the smallest charred fragments remained.

That has been the Mexican government’s narrative to explain the September disappearance of 43 teachers college students in the state of Guerrero. In a news conference late last month intended to put the mystery to rest, Attorney General Jesús Murillo Karam called his version the “historic account of what happened” based on proof “supported by science.”

But the Argentine Forensic Anthropology Team, which has worked alongside the government on the investigation, has now publicly doubted those conclusions and criticized the government’s handling of evidence in a case that has generated months of nationwide protests.

“It’s definitely premature to close the case,” said one member of the Argentine team, who spoke here on Saturday evening on the condition of anonymity. “So far, we don’t have physical evidence to support, necessarily, that the students were killed there.”

The attorney general’s office could not be reached for comment. In a 16-page report, the Argentine team, hired by the victims’ families as independent investigators, cited several problems in the government’s investigation, including lax security at the site and the procedures by which the evidence was collected and interpreted.

In the 11 days in October and November that Mexican investigators worked alongside the Argentine team at the trash dump outside Cocula, the majority of the ballistic evidence was found at the bottom of the hill. But then government investigators returned alone on Nov. 15 — despite an agreement to work together — and found 42 shell casings in a pile right where the suspects’ testimonies suggested they should be, the Argentines said. That discovery has raised the possibility that evidence was planted to support the testimony.

Murillo Karam said last month that his conclusions were based on 39 confessions and hundreds of forensic tests. The official description of the scene at the trash dump relies on the testimony of at least three people — out of roughly 100 arrested — who claimed they worked for the Guerreros Unidos drug cartel and participated in killing and burning the students.

Of the 17 bone fragment samples sent to a lab at a university in Innsbruck, Austria, just one has produced a positive DNA match with a student — 19-year-old Alexander Mora Venancio. But the Argentines said they were not present when Mexican authorities claimed to have found the bag of ashes and bone along the Río San Juan near the trash dump.

The Argentine team also concluded, using satellite imagery and soil samples, that there had been fires at the trash dump in Cocula going back years. That has led them to doubt that it is possible for prosecutors to conclude that the evidence they are relying on — tooth or tire or metal fragments — comes from one specific fire. The Argentines have further found the burned remains of a prosthetic dental bridge that they believe did not belong to any of the students.

“There are other human remains here that do not belong to the” students, the team member said.