In 2nd day of trial, Honduran judges say they acted in defense of human rights 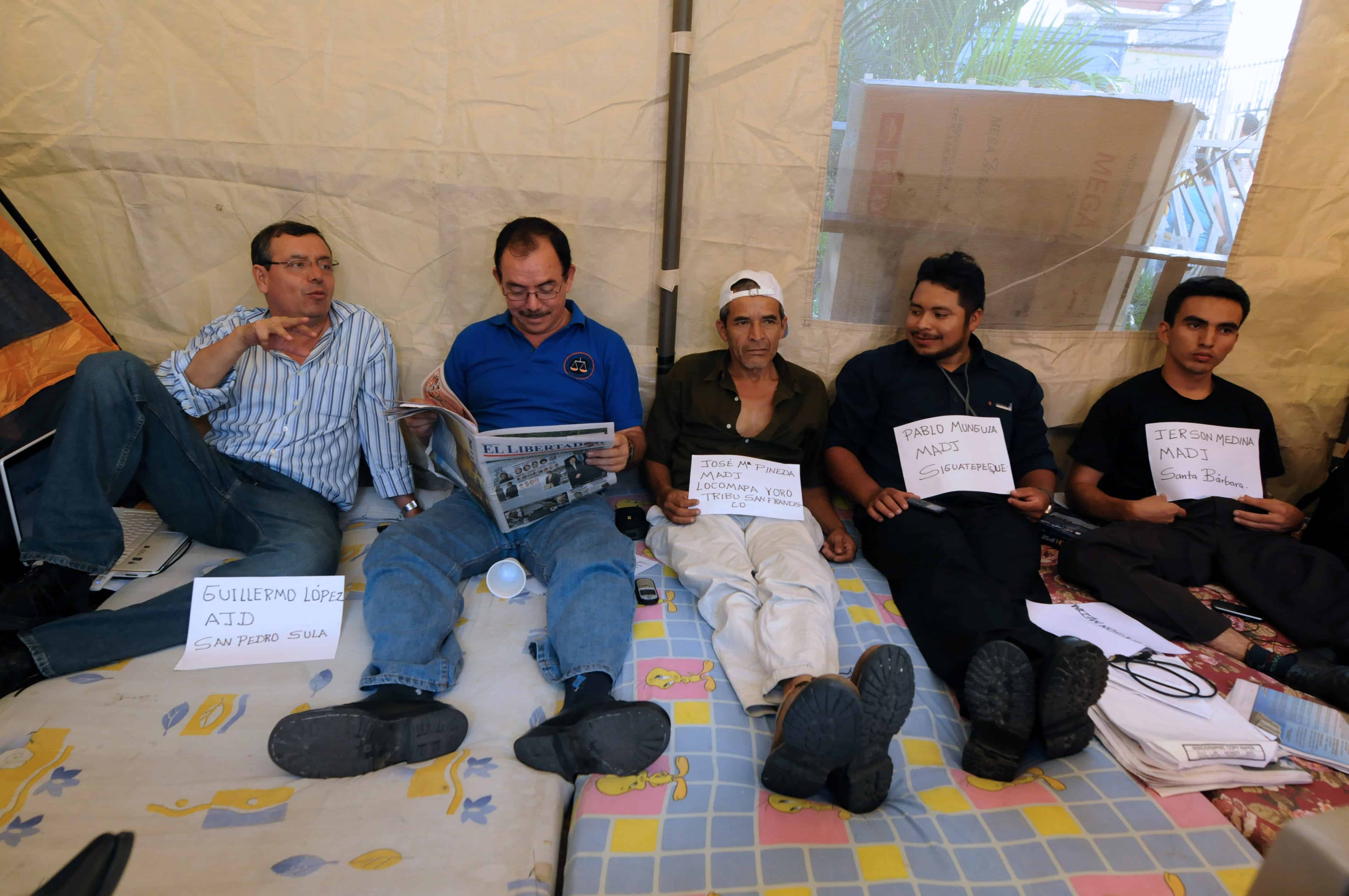 Lawyers for the four judges dismissed in Honduras for objecting to the country’s 2009 coup clashed with adversaries from the government on Tuesday at the closing of a hearing at the Costa Rica-based Inter-American Court of Human Rights.

The jurists sought the court’s help in restoring the constitutional order that had been broken in Honduras, said attorney Alfredo Ortega, with the Washington-based Center for Justice and International Law (Cejil), which is representing the former judges in the legal proceedings.

But an attorney for the Honduran government, Jorge Serrano, said the group’s lawsuit is inadmissible because the judges’ dismissal is based on national legislation.

In 2009, “the victims, acting as authentic defenders of democracy and human rights, carried out a series of actions to demand constitutional order be restored,” Ortega told the court in Cejil’s closing arguments for the two-day hearing.

The AJD voiced opposition to the bloody coup, which toppled Honduran President Manuel “Mel” Zelaya, who was sent into exile.

López “took part in a march in which more than 200,000 people demanded the return to the rule of law,” something that “for him was not only his right as a citizen, but also his duty,” Ortega said.

Chévez “was arbitrarily arrested for defending a group of demonstrators against the excessive use of force. At the same time, he questioned the Supreme Court’s response” to the coup, he added.

The Honduran Supreme Court backed the coup, calling it a “constitutional succession,” rather than a coup.

As a university professor, Barrios held a conference during which he stated that what had happened had not been a constitutional succession, Ortega said, adding that, “a summary of the conference was later published by local newspapers.”

Flores “resorted to the justice system to denounce those allegedly responsible for the coup d’etat, and to protect the president who had been violently expelled,” he added.

“For these actions, the judges and the magistrate were arbitrarily dismissed in a process that, among other violations, did not guarantee access to adequate and effective [legal] resources,” Ortega said.

“Their acts, which generated disciplinary processes and their ultimate dismissals, were protected by the right to freedom of expression,” he added.

“The exercise of freedom of expression also can be a duty for judges, due to their role as guarantors of the rule of law,” he said.

Marcia Aguiluz, also a lawyer with Cejil, told the court that the Supreme Court “abused its power, violated the state’s international obligations and its own legislation.”

She said, “In order to set a precedent, the Supreme Court chose these four people – all members of the Asociación de Jueces por la Democracia – to send … a clear message: If you challenge power, if you act independently, if you think differently, you’ll be expelled.”

She asked the seven human rights court justices to set a precedent by favoring judicial independence.

“We believe it doesn’t violate … precedents set by the Inter-American System,” he said.

He added that Honduran legislation provides for a legal process for the protection of the rights that allegedly had been violated.

Serrano asserted that, “the lawsuit should be considered inadmissible.”

Colombian Justice Humberto Antonio Sierra, president of the Inter-American Court, said the parties have until March to file closing statements in writing.