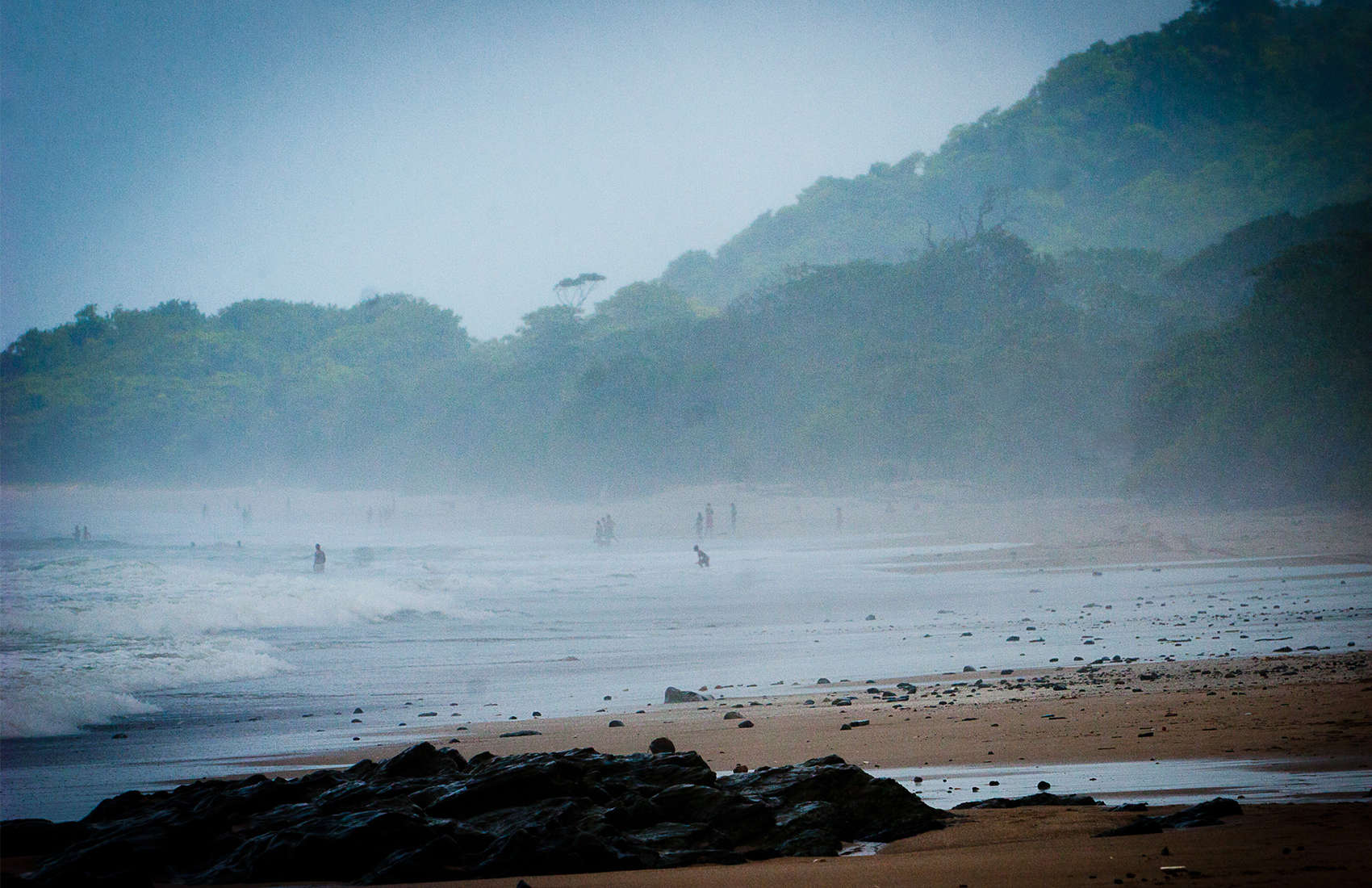 Experts from the University of Costa Rica’s Center for Research in Ocean Sciences and Limnology last Friday warned of strong waves in the northern Pacific, expected to intensify starting Monday. (The Tico Times)

A reader on our Facebook profile disputed the Red Cross’ initial suspicions that strong waves or a rip current may be to blame for the drownings. While the Red Cross investigation is ongoing, the reader, who said he was at the scene Monday, said ocean conditions were normal, and the accident likely could be blamed on a lack of lifeguards at the beach, an ongoing concern at many beaches in Costa Rica.

According to the Red Cross, an emergency call at 1:43 p.m. reported the young child was being pulled out to sea. Paramedics arriving at the scene found both victims out of the water with no vital signs. Crew members of a private emergency service unsuccessfully performed CPR on both victims.

Bell was pronounced dead at the scene, and Rodríguez was rushed to a nearby hospital in Cóbano, where she died minutes after arrival, Red Cross official Christian Castro said.

Pending an investigation, officials initially suspect that strong and high waves that have been pounding the northern Pacific shores since the weekend likely contributed to the deaths.

Experts from the University of Costa Rica’s Center for Research in Ocean Sciences and Limnology (CIMAR) last Friday warned that strong winds coming from the northeast would create strong waves at several coastal areas, particularly in the northern Pacific, and conditions were expected to intensify on Monday.

CIMAR experts urge beachgoers this week to take precautions against powerful waves and rip currents, which are being reported at several beaches along the Pacific.