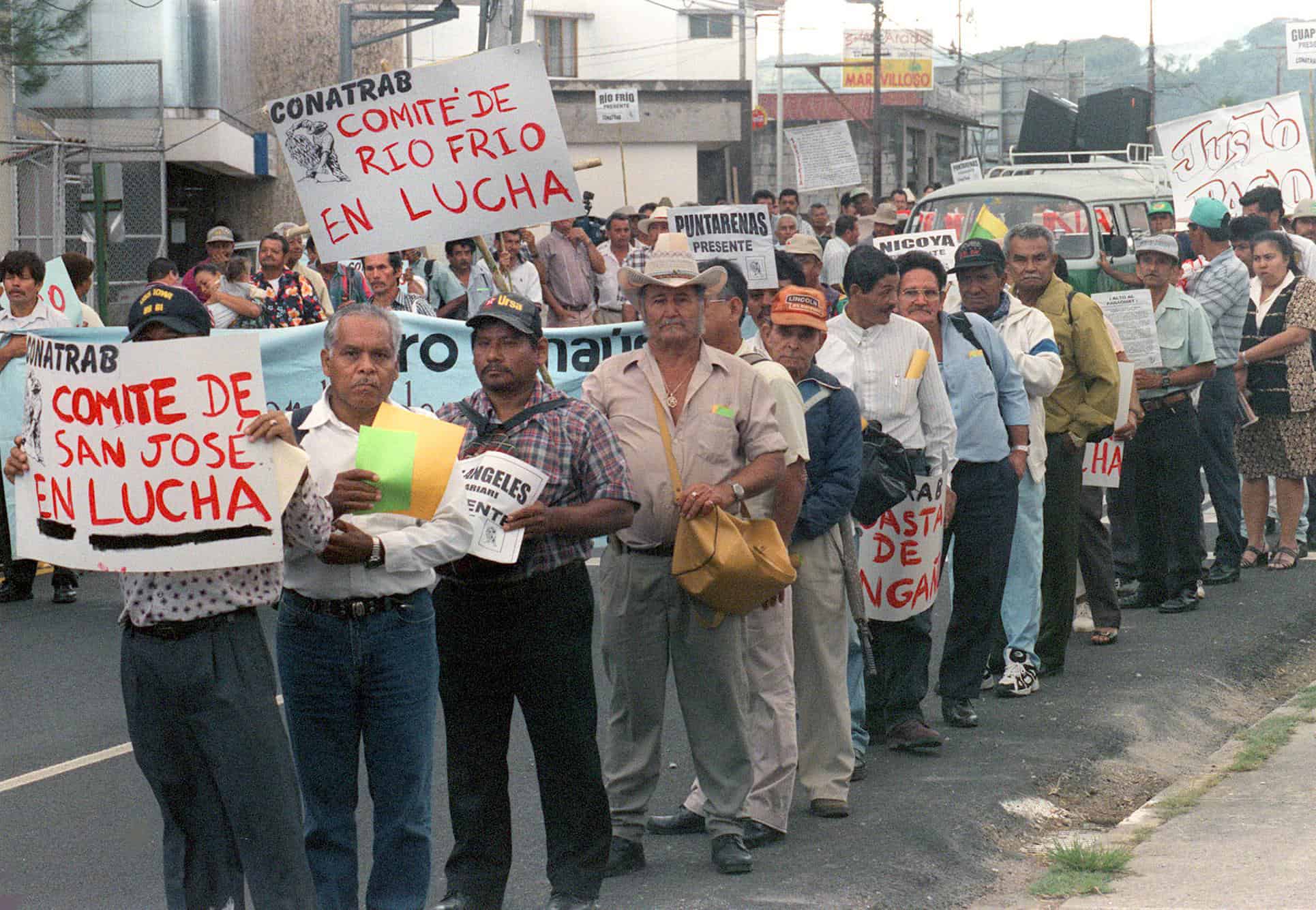 Workers in February 2000 protest in San José against the use of the pesticide Nemagon and ask for government assistance for health concerns resulting from exposure. (Teresita Chavarría/AFP)

After 13 years, Costa Rica finally has a regulation guaranteeing payment of physical and psychological damages for nearly 14,000 banana workers who were exposed to the banned pesticide Nemagon. The decree by President Luis Guillermo Solís was published in the government newspaper La Gaceta on Monday, the last step before a law can go into effect.

Between 1967 and 1979, thousands of workers in banana fields owned by foreign companies in Costa Rica and across Central America were exposed to the nematocide Nemagon, also known as DBCP, a chemical that has been proven to cause myriad health problems including sterility, cancer, miscarriages and genetic deformities. Costa Rica banned the importation of the chemical in 1979.

A law has been on the books since September 2001 promising compensation for the former banana workers, but until Monday there was no mechanism by which to pay them. In October, the government announced its intention to pay the medical bills for thousands of people exposed directly or indirectly to Nemagon.

“Our intention is to finally resolve these families’ situation and clear the debt that the State owes them,” said Presidency Vice Minister Ana Gabriel Zúñiga in a statement on Tuesday.

Zúñiga announced Tuesday that the decree signed by President Solís would pay a percentage of victims’ medical bills based on their years of exposure to the pesticide. Payments could range between 25 percent of someone exposed to it for less than a year to 100 percent for those with exposure for five years or more. Damages would be paid both for physical harm caused by the pesticide, specifically sterility, as well as moral damages to family members for personality disorders caused by the chemical.

The government reported 13,925 cases that had been approved for payment by the National Insurance Institute (INS). Another 9,233 cases are still pending for children of affected banana workers, and 1,742 for spouses. More than 11,000 cases were dismissed, according to figures from the INS. The Tico Times requested dollar figures from INS on Tuesday but they were not immediately available. This post will be updated with any new information.