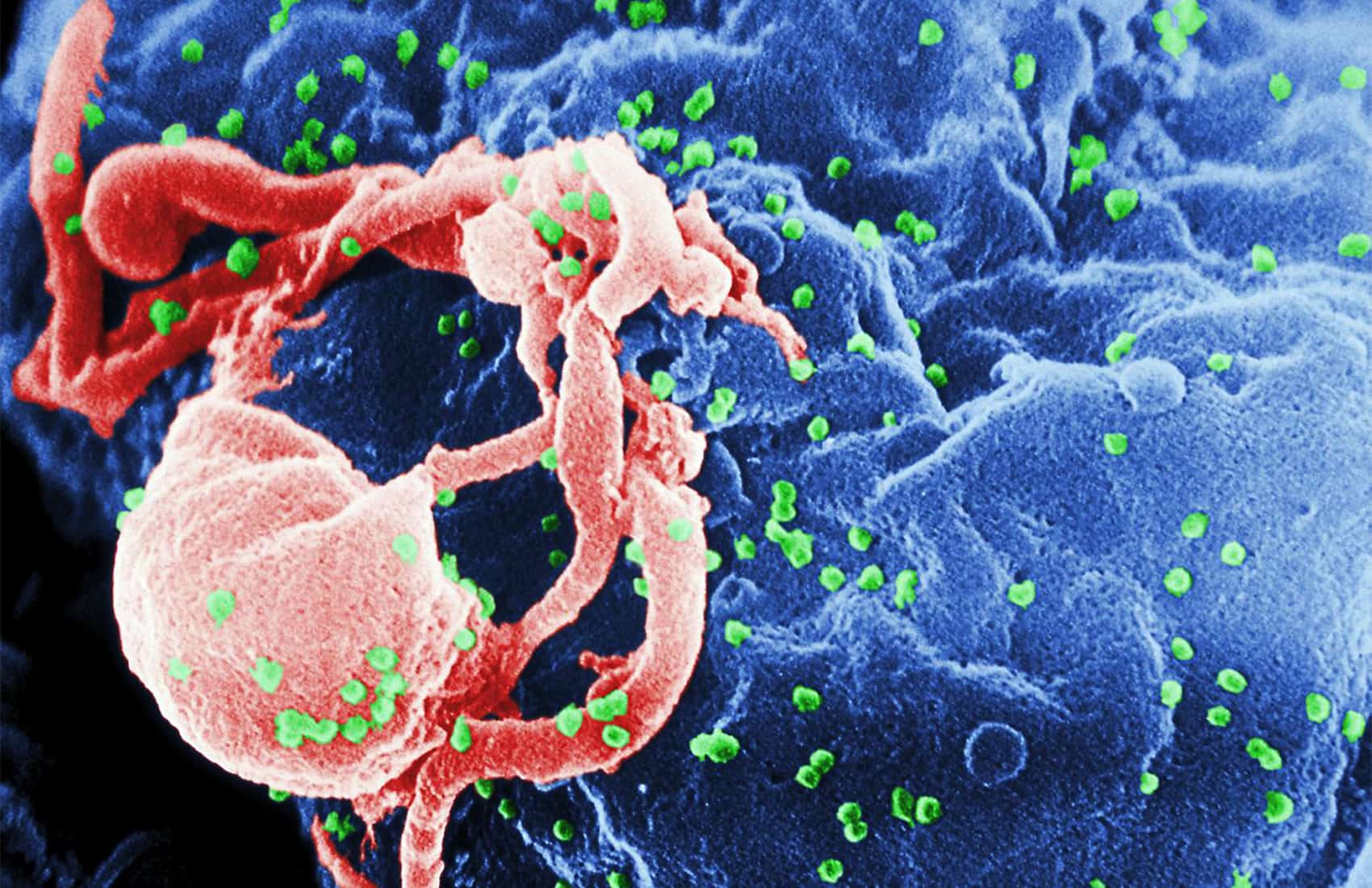 A scanning micrograph of HIV shows the virus –colored green – budding from a cultured lymphocyte. Current testing in Costa Rica takes up to two weeks on average. ((Courtesy of WikiMedia Commons))

Officials at the Social Security System (Caja) on Thursday confirmed that next year they will begin offering a quick new test for the Human Immunodeficiency Virus, or  HIV, that returns results within two hours.

Doctors do not rely entirely on the test, which likely will be available at Caja hospitals in March, for a positive diagnosis of HIV. If a patient tests positive, doctors then will follow up with standard clinical tests to confirm the diagnosis, Caja’s HIV Care Coordinator Gloria Terwes said.

The quick screening will be available at 18 Caja hospitals across the country and is part of a prevention strategy the agency will launch in 2015. Currently only 17 Caja laboratories perform HIV detection tests, which causes delays in diagnosis of up to two weeks.

In San José, tests will be available at hospitals in Mata Redonda, in the Hospital district (San Juan de Dios Hospital, for example), Zapote, Desamparados, Alajuelita and Pérez Zeledón. In Heredia, hospitals will participate in Virilla, Cubujuquí and Heredia Central. Other hospitals include Cartago Central, Aguirre in Puntarenas, Liberia and Nicoya in Guanacaste, Limón Central and Guápiles in the Caribbean, and Orotina, San Carlos and Los Chiles in Alajuela.

These areas were selected by Caja experts based on infection rates of sexually transmitted diseases and geographic access, Terwes said.

The campaign also will include increased access to condoms and information for high-risk groups such as sex workers and prison inmates, as well as more training for staff who treat HIV patients.

Treatment for these patients in 2013 cost the Caja $4.25 million for antiretroviral drugs, which represent 2 percent of the agency’s total spending on prescription drugs.

Costa Rican authorities on Tuesday announced the country's coronavirus measures for February 2021. The vast majority of commercial establishments can…