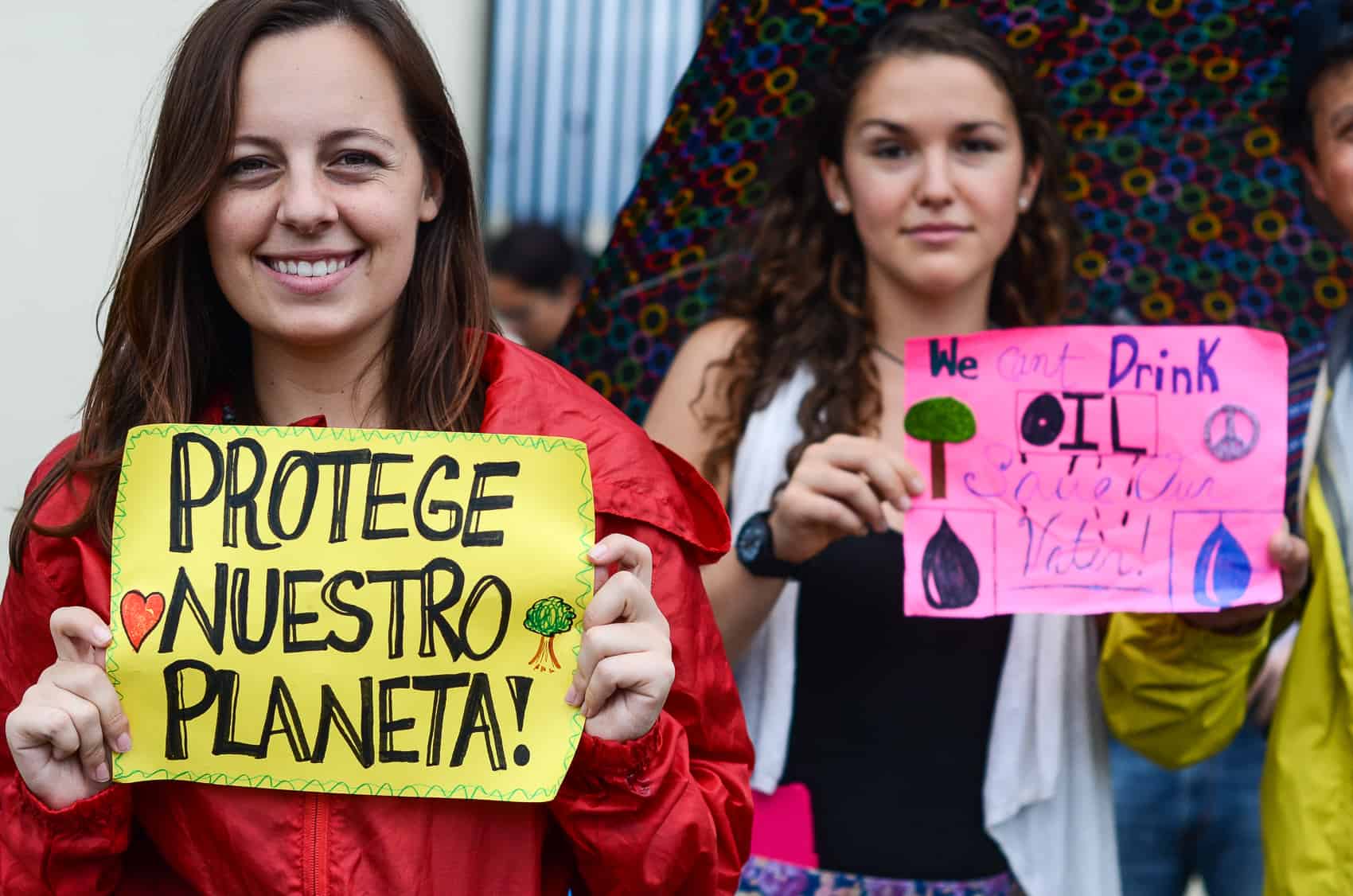 See video below and photo gallery at end of story.

A small group of demonstrators, mostly from the United States, gathered in front of the U.S. Embassy in San José on Sunday afternoon to join a global rally to promote action on climate change.

Shouting “There’s no Planet B” and other slogans, the demonstrators urged action from governments, multinational companies and politicians worldwide to fight climate change. Most of those gathered in the Costa Rican capital were young students and retired expats.

Méndez, a Costa Rican, added that, “I think it’s important that in Costa Rica we come to the embassy to urge the United States to lower its emissions, because it’s one of the most polluting countries in the world.”

The People’s Climate March, which drew hundreds of thousands of demonstrators across the world, was scheduled ahead of Tuesday’s U.N. Climate Summit in New York, to be attended by world leaders including Costa Rican President Luis Guillermo Solís, scientists and members of civil society.

Méndez said she is bothered by Costa Rica’s plans to build a new oil refinery on the Caribbean coast.

“We should be thinking more about clean fuels, and less about continuing with the same things we’ve been doing in the past,” Méndez said.

Salvatore Coppola, an environmental activist, professor and organizer of Sunday’s demonstration, said it’s time to “move from words to action by adopting clean energy production and reversing the devastating advance of climate change.”

But Costa Ricans also have to take part in the effort, Méndez said. “I think we’re continuing to develop in the same way without alternatives. We’re continuing with our high levels of consumption and an irrational use of resources. While it’s true we’re trying to become carbon-neutral and recycle, we’re still in diapers,” she said.

Retiree Luis Hernández, 63, who has dual nationality and is a member of Democrats Abroad, said he was protesting against both Costa Rica and the United States.

“Right now there are ways to eliminate carbon emissions, but the problem is big industry doesn’t want to change because they would be losing a lot money,” he said. “It’s all about money.” 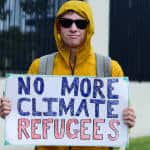 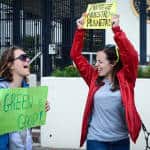 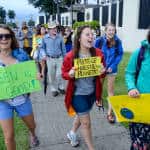 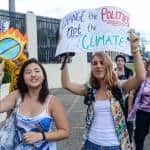 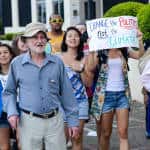 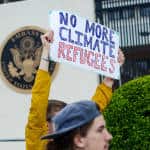 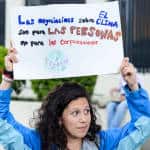