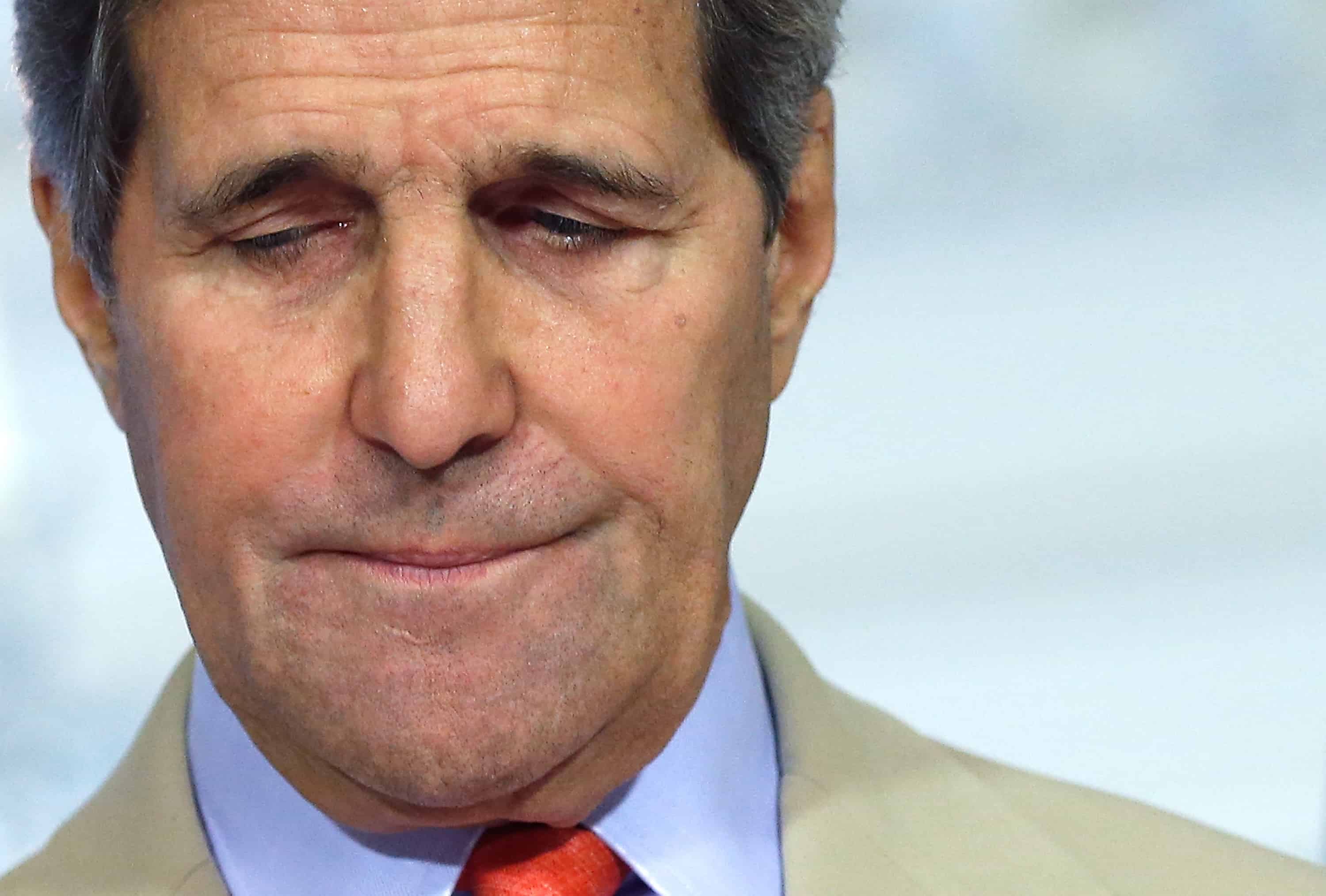 U.S. Secretary of State John Kerry answers questions about Israel's invasion of Gaza and the current situation in Ukraine following a meeting with Ukrainian Foreign Minister Pavlo Klimkin at the State Department on July 29, 2014 in Washington, D.C. (Win McNamee/Getty Images/AFP)

The article said the Israelis and at least one other secret service listened in on Kerry’s conversations as he tried to mediate, in a development that Der Spiegel said was likely to further strain ties between Israel and the United States.

Kerry regularly spoke by telephone with high-ranking officials throughout the Middle East during the negotiations that finally collapsed earlier this year.

Spiegel, which cited “several sources among secret services,” said that he used not only secure lines but also normal telephones with satellite connections which were vulnerable to tapping.

“The government in Jerusalem used this information in the negotiations on a diplomatic solution in the Middle East,” it said.

Spiegel said Kerry’s office and the Israeli government declined to comment on its report.

Kerry made reviving Middle East diplomacy a central priority at the start of his term and coaxed Israeli Prime Minister Benjamin Netanyahu and Palestinian President Mahmud Abbas back to the negotiating table in July 2013.

But in April this year, Israel made a surprise announcement of plans for 700 new settlements and refused to free a last batch of Palestinian prisoners after earlier releases. Abbas in turn sought Palestinian membership in 15 U.N. conventions and the peace drive eventually broke down.

Kerry has attempted to mediate during the current Israeli military offensive in Gaza and flew to Israel last week.

But he has failed to bring about a lasting truce in the 26-day confrontation that has claimed more than 1,700 lives.