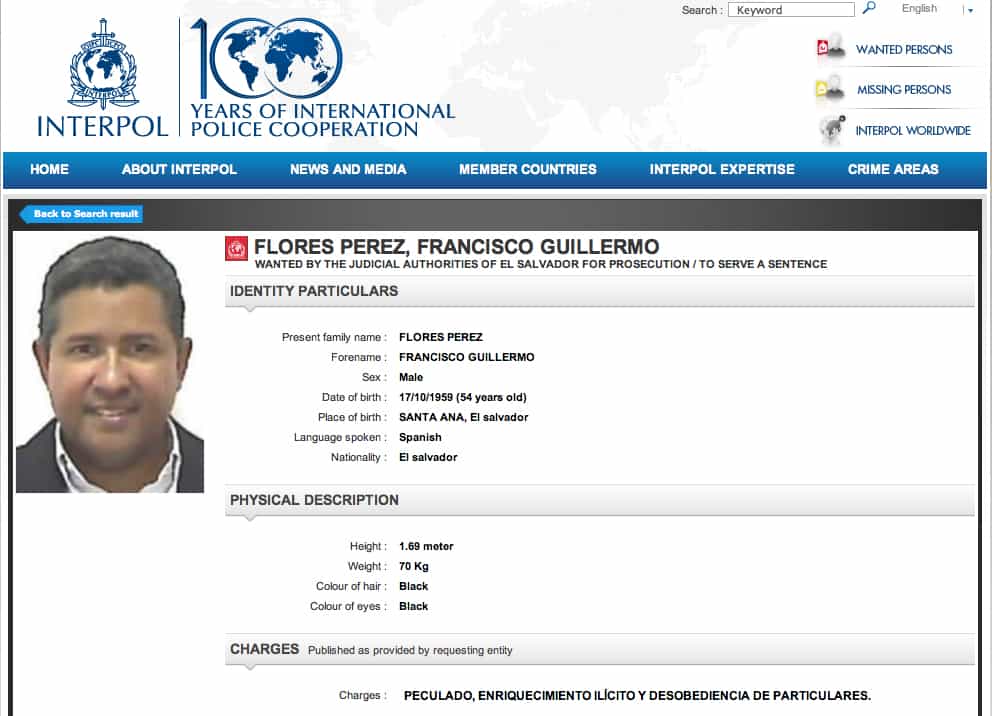 SAN SALVADOR, El Salvador – Officials in El Salvador reported Tuesday that Costa Rica and the Bahamas have collaborated with an investigation of ex-President Francisco Flores by sending financial statements and other banking information to prosecutors, who accuse Flores of misappropriating $15 million in state funds.

“We’ve transferred financial information that has come from the Bahamas and Costa Rica as requested by prosecutors, we’ve quickened the process, and I personally guaranteed that it happened,” interim Supreme Court President Florentin Meléndez said.

According to Meléndez, the information will help prosecutors track deposits and financial transfers made by the former president, whose whereabouts are unknown.

Flores is accused of stealing $15 million donated by the government of Taiwan during his administration, which lasted from 1999-2004.

On Monday, current President Mauricio Funes said, “We’re continuing our efforts to find out where he [Flores] is. We don’t know if he’s in the country or not.”

As of last week, Flores’ name and photo appear on Interpol’s international fugitives website, which says he is accused of embezzlement, illicit enrichment and disobeying prosecutors’ orders.

On May 7, a San Salvador court issued an arrest warrant for Flores and the freezing of his assets including several homes, autos and boats.

The ex-president was investigated by the Salvadoran Congress and Prosecutor’s Office based on complaints filed by current President Funes in October 2013. That information was provided by the U.S. Treasury Department, which said Taiwan had made suspicious financial transfers to Flores in the amount of $10 million in 2003 and 2004.