How would George Kennan respond to Nicaragua’s ‘military dependency’ on Russia? 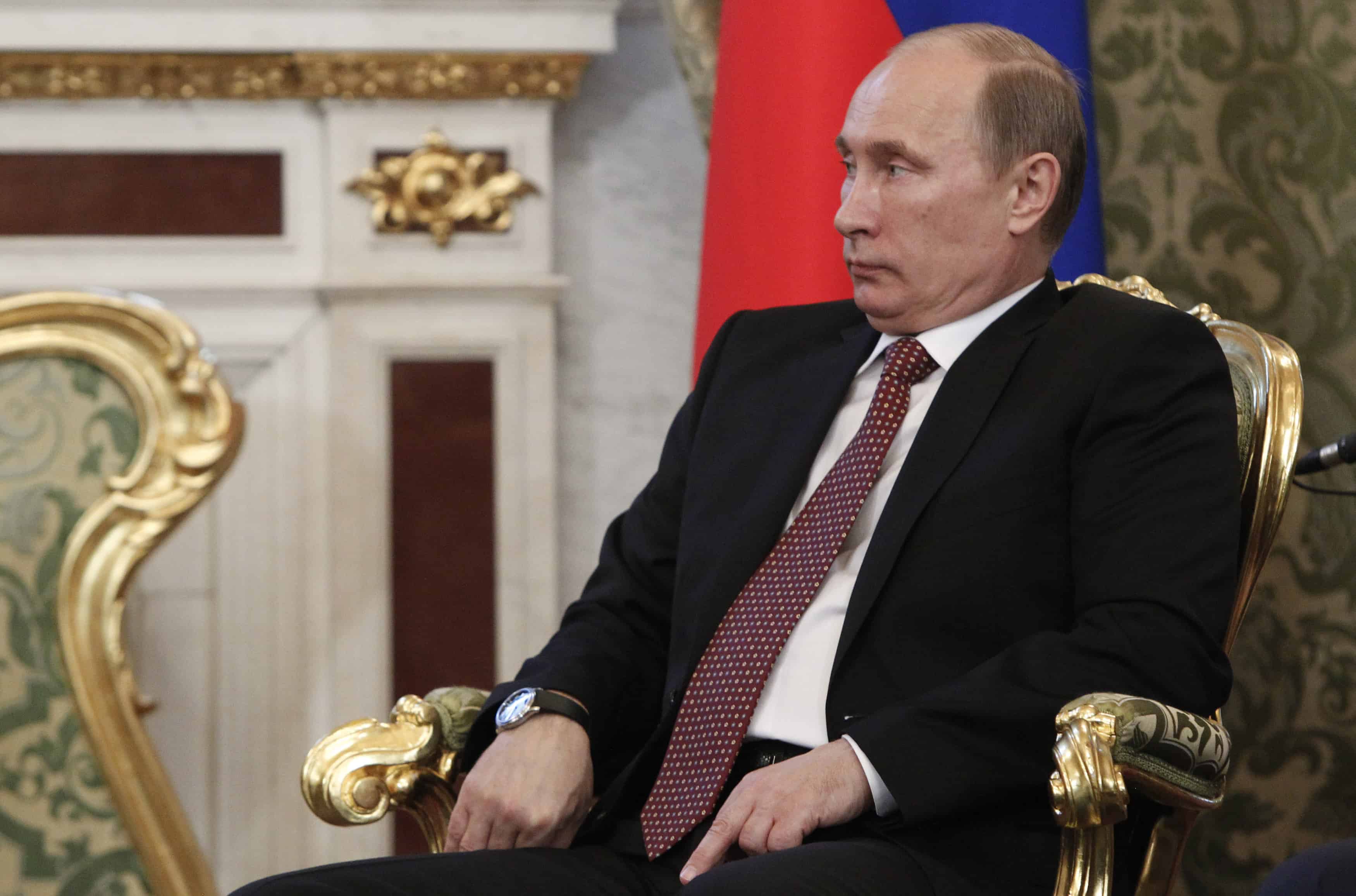 Russia's President Vladimir Putin attends a meeting with his Venezuelan counterpart Nicolás Maduro, not pictured, at the Kremlin in Moscow, on July 2, 2013. (Maxim Shemetov/AFP/pool)

A serious national security problem is emerging in the Caribbean Basin, much neglected by Washington. Banging the final nail in the coffin of the Monroe Doctrine, Russia’s Vladimir Putin is joining China in building a trans-oceanic canal through Nicaragua, as well as a military supply facility. A satellite monitoring system may also replace the one Putin shut down in Lourdes, Cuba, in 2002. Construction on this rival to the Panama Canal is slated to begin in December 2014 under the auspices of Chinese businessman Wang Jing – who is also building a deep-water port in the Crimea.

The new Russo-Nicaraguan agreement calls for Russian and Iranian warships to patrol both Nicaragua’s Atlantic and Pacific coasts. This is supposedly to interdict the drug trade, but that rings rather hollow in light of the canal being built on the San Juan River, long known to locals as “the drug path.” As we learned on a 2012 research trip, Sandinista officials were said to be running drugs on the river with high-power speedboats.

Why is this happening now? Conveniently for Putin, a 1914 treaty giving the United States first dibs on building the canal ran out in December 2013. Putin likely aims at distracting the U.S. in our strategic backyard while destabilizing the eastern Ukraine. This resembles the strategy Nikita Khrushchev pursued in Cuba while trying to destabilize West Berlin in 1960-62 – the one that led to the Cuban Missile Crisis. Yuri Andropov did likewise in Nicaragua and El Salvador in 1980-83, while we were arming Afghanistan’s Muslim resistance. Nicaraguan President Daniel Ortega, left, shakes hands with Wang Jing, president of of the Chinese company HKND, during the framework agreement for the construction of the Interoceanic Grand Canal in Managua, on June 14, 2013. AFP/Inti OCON

Meanwhile, Costa Rica’s former Foreign Minister Enrique Castillo, who left office on May 8, has warned about Russia’s intrigues, or as he put it, Nicaragua’s “entering into a relationship of military dependency with Russia.” Democratic Costa Rica has no army, and its leaders fear Nicaraguan President Daniel Ortega’s threatened reconquista of Costa Rica’s northwestern Guanacaste province. It’s no coincidence that Nicaragua, together with Venezuela, was virtually alone in recognizing Russia’s carving of South Ossetia and Abkhazia from Georgia in 2008. Or that Russia reciprocated with military aid to Venezuela and Nicaragua, and naval war maneuvers with Venezuela in the Caribbean.

A day before the 2014 annexation of the Crimea, a Russian intelligence ship was deployed in Havana harbor. The anti-U.S. Caribbean trio also is included in Russian Defense Minister Sergei Shoygu’s new global strategy to extend Russia’s naval and strategic bomber power through facilities worldwide. Meanwhile, Putin has doubled the investment in Russia’s military since 2007. It’s expected to triple by 2016 – even as the U.S. military has been cut to pre-World War II levels.

We surely must be concerned about unmonitored shipments of drugs as well as arms – and who knows, even WMD – traversing a Nicaraguan canal. Recall the North Korean ship interdicted in July 2013 in the Panama Canal bearing undocumented arms and Cuban missile parts. A member of the Proliferation Security Initiative, U.S.-friendly Panama blocks illegal and dangerous cargo. Will Nicaragua?

So what should the U.S. do now? We do believe the late George Kennan, father of U.S. containment policy vis-à-vis Russia, is very relevant here. He believed that rather than challenge Russia in her remote “near abroad,” we should challenge her ambitions in our own hemisphere. “If the Soviets remained in Afghanistan and attempted to use the country for strategic purposes further afield,” he stated in 1980, “than military action against Cuba might be justified.”

Given this outlook, Kennan would likely have disavowed adding Georgia and Ukraine to NATO. While opposing boots on the ground in the Ukraine, however, he likely would have supported arming the Ukrainians against Russia as we did after WWII. Ukrainian partisans bled the Russians for a decade. He also would have recommended formidable public diplomacy and sizable aid to the Venezuelan democrats in their struggle. Both Nicaragua and Cuba run on Venezuelan oil. Aerial view of one of the Cuban medium-range missile bases, taken in October 1962. On Oct. 22, Kennedy said Russia had missile sites in Cuba and imposed an arms blockade. During a week, the two super-powers were head-to-head in their game of nuclear poker while the rest of the world watched. AFP

Doubtless, the Russian president thinks that U.S. President Barack Obama, weakened by Washington scandals and an isolationist mood in the country, is reluctant to use military force. Obama must change those perceptions. An extra-hemispheric, nuclear power patrolling our waters, building a military facility in Nicaragua and aiding in the building of an unmonitored new canal is unacceptable.

Kennan surely would have reminded us of the third corollary to the Monroe Doctrine that he devised in 1950. Witnessing the growing Soviet influence south of the border, he pledged in his memo to the secretary of state, “the most scrupulous respect for … sovereignty and independence … of our Latin American neighbors!”

In return, he said: “You do not make your countries the sources or the seats of dangerous intrigue against us.”

Council on Foreign Relations member Dr. Jiri Valenta is president of the Institute of Post-Communist Studies and Terrorism, jvlv.net. Leni is editor and CEO. Follow them on Twitter.