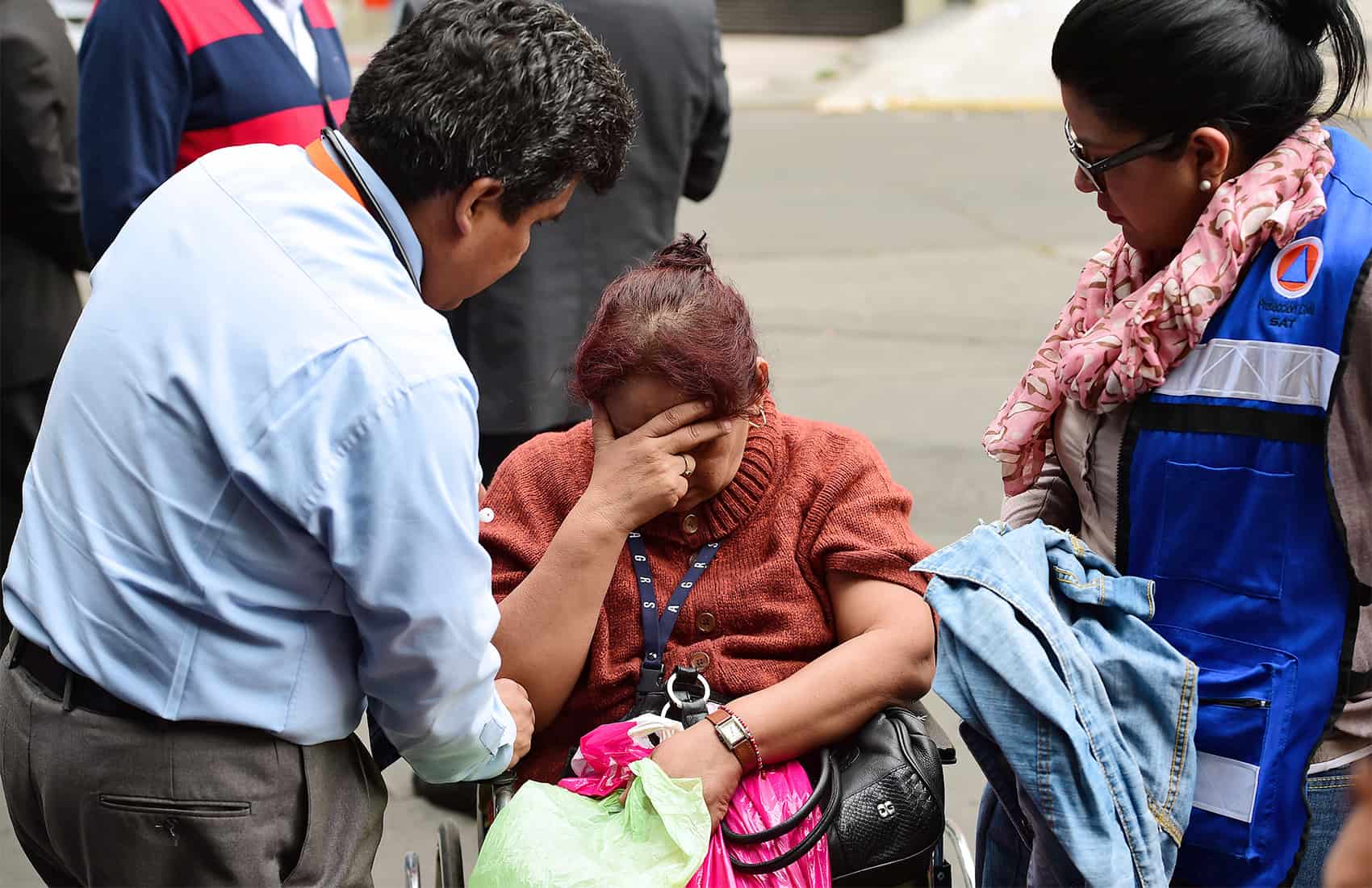 A powerful and long earthquake on Thursday, May 8, 2014, shook Mexico residents, causing panic in the capital and elsewhere. No injuries were immediately reported, although authorities were still checking with affected areas. (Ronaldo Schemidt/AFP)

MEXICO CITY – A powerful and prolonged magnitude-6.4 earthquake was registered in the south of México, shaking the populous capital at noon on Thursday, according to authorities, which have not yet reported victims or damages.

“No reports of injuries at the moment! In my monitoring the states have not yet reported damages,” the national coordinator for Civil Protection, Luis Felipe Puente, wrote on his Twitter account.

In Mexico City, massive evacuations of buildings took place. The capital’s mayor, Miguel Ángel Mancera, said on Foro TV that there have been no reported injuries, and all of the city’s services are functioning.

However, electricity blackouts were reported, and communications have been cut in at least a few colonias, including the capital’s Roma neighborhood, AFP has confirmed.

Despite the fact that México City residents are accustomed to regular temblors, this Thursday’s earthquake caused surprised due to its force and duration.

The U.S. Geological Survey (USGS) first reported the quake at magnitude 6.8, but later reduced it to 6.4, while the National Mexican Seismological Service (SSN) placed it at 6.6.

The USGS said the earthquake occurred at 12 p.m. local time at 15 kilometers west of the city of Tecpán, at a depth of 23 kilometers.

Tecpán, with 62,000 residents, is situated in the Guerrero region on the Pacific coast. It was also the closest city to a previous magnitude-7.2 earthquake on April 19.

In the city of Chilpancingo, capital of Guerrero, the earthquake generated scenes of panic, but no damage had been reported, according to the mayor, Mario Moreno, speaking to television station Milenio.

Mexico is divided between five tectonic plates, whose movements generate one of the highest rates of seismic activity in the world.

Many of the those earthquakes can be felt in Mexico City, due to the type of earth, since part of the city sits on muddy subsoil derived from lakes that were drained in the Mexican Valley.

On Sept. 19, 1985, magnitude-8.1 earthquake destroyed part of Mexico City causing 3,700 deaths, according to the Civil Registry, although civil organizations say more than 20,000 died.