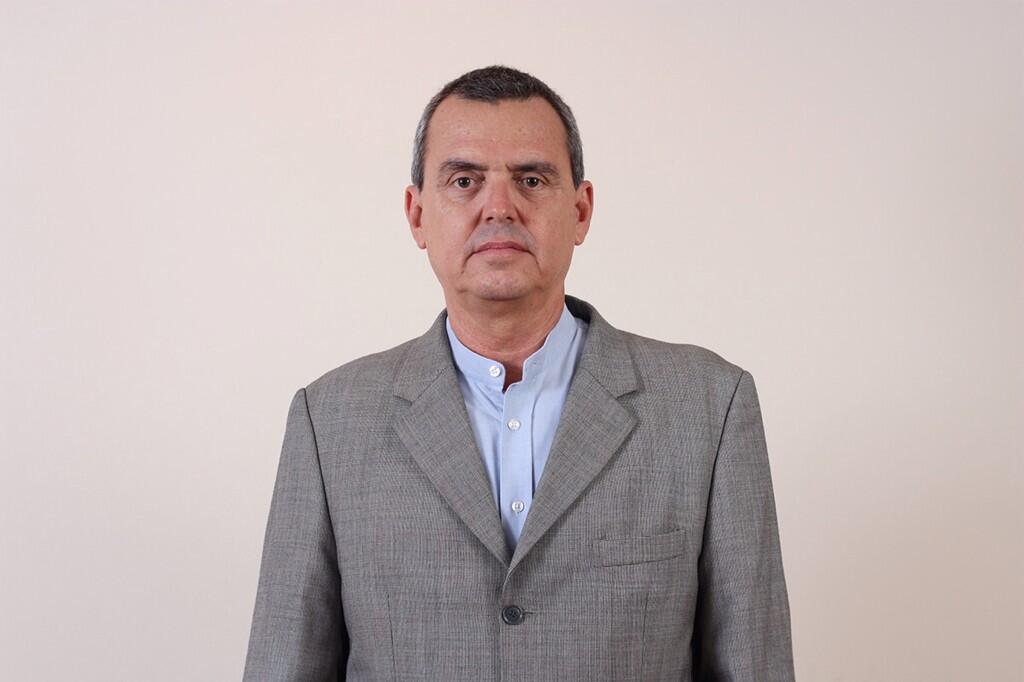 If you’re looking to talk to Costa Rica’s newly appointed environment minister, you won’t find him in the halls of government buildings, court offices or mega-corporations that his predecessors came from. Instead, you will find Dr. Edgar Gutiérrez in his closet-sized office in the statistics department at the University of Costa Rica.

A UCR professor and researcher since 1994, Gutiérrez has a background in science, not politics. He has a doctorate in forest biometry from Iowa State University. He was the brain behind the country’s current National Environmental Strategy report. He drives a car that runs on hydrogen.

All of these things make him an unlikely government minister, and he knows it.

“I don’t want to be environment minister,” he said shaking his head as we sat down at students’ desks in a classroom for the interview.

This may be true, but as we rolled through the questions, his intentions for his new post became clear. Gutiérrez may not want to be the environment minister, but he does want to change Costa Rica.

TT: Why did you accept the appointment as minister?

EG: Honestly, this is a huge opportunity. This is a window that will let me do what I always believed we could do in this country.

Constitutionally, Costa Rica does not want whatever kind of development comes along. Costa Rica wants fair development created without polluting the environment. Extractive industries like petroleum and open-pit mining have no place here. I want to create a Costa Rica that attracts sustainable development that maximizes the benefits for our communities.

Your professional background is in science and academia rather than politics. How is this going to drive your actions as minister?

It’s true. My educational background is in forest biometry, but I have always been involved with environmental public policy. I directed the first and second United Nations reports on the environment for Latin America and the Caribbean and the first for Costa Rica, and I served as a volunteer adviser under three previous environment ministers (René Castro, Elizabeth Odio and Carlos Manuel Rodríguez). I also was the director of the National Environmental Strategy report for 2005-2020.

None of these politicians asked me to come work for free. I offered because I knew I had something to contribute. So, while my background is in science, I also understand how to respond to the needs of the country. None of this is new, but I also have the technical understanding to know where we are at and what we need to do to make sure that the environment is part of the political agenda.

What is your main goal for the next four years?

I will be satisfied if, in four years, we can leave the public an orderly, efficient and capable environmental administration. I want to give this ministry the scientific and technical muscle it needs to accomplish its goals while also improving the administration. We need an agile administration with the ability to respond to all of the different problems within our communities.

Now, this is easy to say, but very hard to do. Right now the Environment Ministry (MINAE) has some very good plans, but to put them into action  is going to require nothing short of a cultural revolution within the administration. Conversations I’ve had with people within MINAE have shown me that people feel overwhelmed by the inefficiency in the organization and feel helpless. When I leave, I want these people to feel like they are working for a ministry of extreme importance with the capability to change the country into a place that future generations will enjoy.

One of the largest sections in President Solís’ government plan is the integration of the public in environmental decisions. How do you plan to incorporate this into the ministry?

All of the environmental laws we have now already require public participation, it’s just that no one has ever followed through with it. This is going to be a challenge for us, but we already had some success with this during Solís’ campaign.

We created a group called the Environmental PACto  (PAC are the initials of Solís’ party, the Citizen Action Party, and pacto means pact in Spanish). We called an open meeting on social media and people with interest in the environment showed up to discuss environmental issues. We created working groups with specific themes and used suggestions from those meetings to create an environmental plan.

We want to do something similar after we take office. The goal is to make sure that the government hears the voice of the people.

Making a more efficient Environment Ministry also loomed large on the president’s agenda. How do you plan to achieve this?

This is an enormous task for MINAE because, as I mentioned, it involves changing the culture within the institution, but I believe it is possible.

One of the biggest examples of this inefficiency is in SETENA (SETENA is the organization that grants environmental approval for large development projects). It is not possible for us to make developers wait four years for environmental approval. This inefficiency has made people say that SETENA is development’s greatest enemy in Costa Rica, and the president-elect has told me that my most important task is to turn SETENA into an organization that developers see as their natural ally.

In the past, SETENA has opened its doors to political and economic pressures so that the projects granted approval are the ones with the most powerful people behind them. That is not what SETENA is supposed to be. I will make SETENA a completely technical organization, one that none of these influences will be able to infiltrate.

I don’t think we will suspend it. That spokesperson may have been confused. I want to keep the carbon neutrality goal because it is a benchmark that helps guide our actions.

We are only 20 percent away from our goal, but it is the hardest 20 percent. It’s the reduction of emissions in the transport sector. I want to create a strong alliance between the government and our best public universities so that we can brainstorm solutions to this problem. This  is something we need to address now.

If you go to San José right now you’ll find an entire army of dirt bikes driving around the streets. Now, imagine you took all of those dirt bikes and replaced them with electric motorcycles. It would be wonderful. Right now, the windows in San José are caked in the gray residue of diesel grease. My children are already living in this, but I don’t want this for my grandchildren, or for their children.

Carbon neutrality is something that would improve the lives of our citizens, and I am not going to set a trap for myself by saying that we will absolutely reach the 2021 goal, but I will say that this administration is going to do everything possible to make sure that we at least try.

Animal welfare was one of Luis Guillermo Solís’s main focuses during his campaign, he even mentioned it in his acceptance speech. What plans does the Environment Ministry have to make Costa Rica more hospitable for animals?

We have laws upon laws on animal treatment already on the books in Costa Rica, but no one enforces them. We are going to enforce the laws we already have and pass stricter legislation so that animals are treated in the best way possible. For wild animals, this means that they need to stay in the wild.

Everyone who has a wild animal right now needs to register it. Once that is done we are going to start sending officials to those houses to make sure they only have the animals that they registered. Anyone caught with an unregistered animal is going to face consequences.

Right now, those consequences are supposed to be jail time, but that doesn’t make any sense to me. I don’t want these people in jail. I want them to go help build trails in the national parks or to work in a wildlife refuge. This work is expensive for us and maybe these people will learn something while they do it. I haven’t talked with the president-elect about this yet, but I am sure he will agree with me.

These laws also include zoos. Once the animals that they have die, they will not be allowed to replace them.

The outgoing president, Laura Chinchilla, has said that her greatest environmental contribution was in creating an agenda for ocean conservation. What are your ministry’s plans for continuing this legacy?

Well, the most obvious thing is that we need to make changes to the Costa Rican Fisheries Institute (Incopesca). Incopesca is supposed to be a completely technical organization, so why does the current Incopesca have a board made up of all of these industrial fishing interests? This is going to have to change.

Incopesca is going to be made up of intelligent fisheries experts. Both the board of directors and the employees need to be experts. The Costa Rica of today needs a larger, more specialized Incopesca.

We need to do the same thing with the National Commission for Biodiversity Management and the Biosecurity Comission. These organizations need to have people working in them who have the technical skills to make decisions rather than just to whomever the government wants to give the job.

One of the largest problems in the past has been the interpretation and application of environmental legislation by the judicial branch. In many cases people who commit environmental crimes are let go. How does your administration plan to combat that?

The first issue is that we need to make sure our laws are based on scientific evidence and clearly written. Once we have that, it is going to clear up a lot of the problems we have in the judiciary.

The way our environmental laws are written leave them open to interpretation instead of giving judges the scientific ends the laws are supposed to meet. The goal is to limit absolutions from these crimes as much as possible.