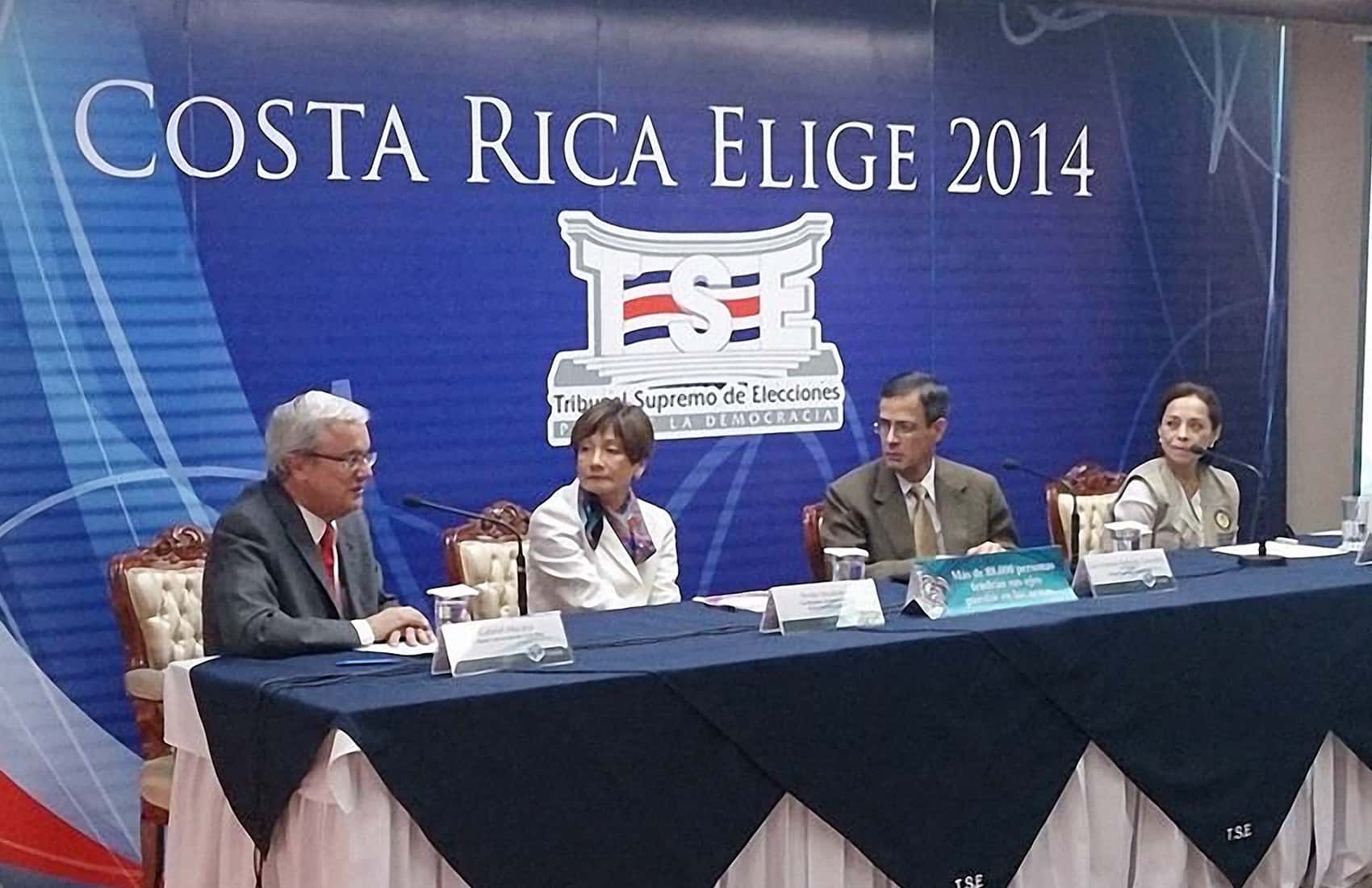 Some 88,000 people will be charged with supervising Sunday’s runoff election in which Ticos will choose Costa Rica’s next president for 2014-2018.

Most are voluntary staff in charge of monitoring polling stations, following accusations of ballot theft by a security officer last month.

Josefina Vásquez Mota, a member of the Organization of American States and head of the international observers group, said she is satisfied with the security measures adopted by the TSE, as well as the tribunal’s efforts to implement OAS recommendations following February’s vote.

The first recommendation addresses the transparency of polls released during the first-round campaign, which prompted the TSE to order polling companies to fully disclose survey methodology. That information is available on the TSE’s website.

Observers also recommended legal amendments that would facilitate gender parity in access to public posts, which already is being considered by a bill in the Legislative Assembly.

The TSE’s new security measures include better ballots, details of which “are kept secret,” Sobrado said.

Some changes are noticeable, including a hole in the center of the ballot that is cropped in a certain pattern. Ballots also display a security pattern printed irregularly on either the top or bottom according to provisions known only by TSE officials.

A total of 3,078,321 Ticos, including more than 12,000 Costa Ricans registered to vote from abroad, will choose Sunday between Citizen Action Party candidate Luis Guillermo Solís and ruling National Liberation Party candidate Johnny Araya. Araya in March opted to stop campaigning, but will be on the ballot.

The first preliminary results will be announced by the TSE at 8 p.m. on April 6.