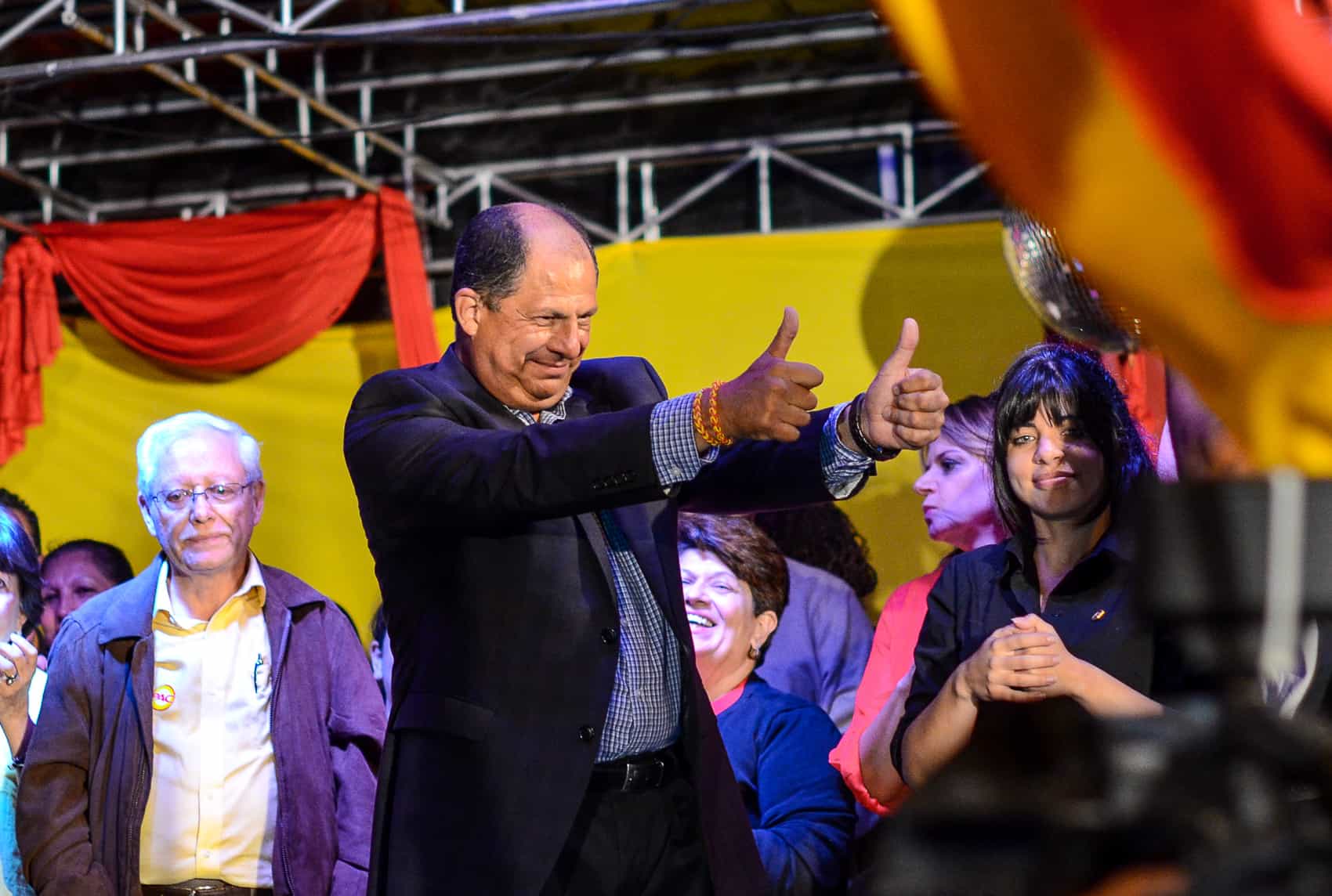 Opposition presidential candidate Luis Guillermo Solís has a commanding lead in the polls over ruling party candidate Johnny Araya, according to the latest national poll published by the newspaper Semanario Universidad Tuesday night.

Solís of the center-left Citizen Action Party (PAC) had 64.4 percent of likely voters, compared to Araya of the centrist National Liberation Party (PLN) who polled just 20.9 percent. The remaining 14.7 percent of those surveyed said they did not know for whom they would vote, or did not respond.

During a press conference Wednesday morning, Solís’ response to the polls was positive but measured.

“Things can change in the coming weeks because they already changed once before in the first round,” Solís said at the PAC campaign office in La Granja, according to Radio Monumental.

Solís would know. He languished at the tail end of the polls for months before his late surge that won him 30.96 percent of the vote, albeit not the 40 percent needed to win outright.

Only 76.6 percent of voters who supported Araya in the first round said they planned to cast their ballot for him on April 6. Solís, meanwhile, held on to 97.7 percent of his supporters, according to the survey.

The University of Costa Rica’s Center for Research and Policy Studies called 1,200 Costa Rican adults at their homes between Feb. 3 and Feb. 13, immediately after the Feb. 2 election. The poll has a 2.38 percent margin of error and 95 percent confidence.