The endless wait for word on loved ones arrested in Nicaragua 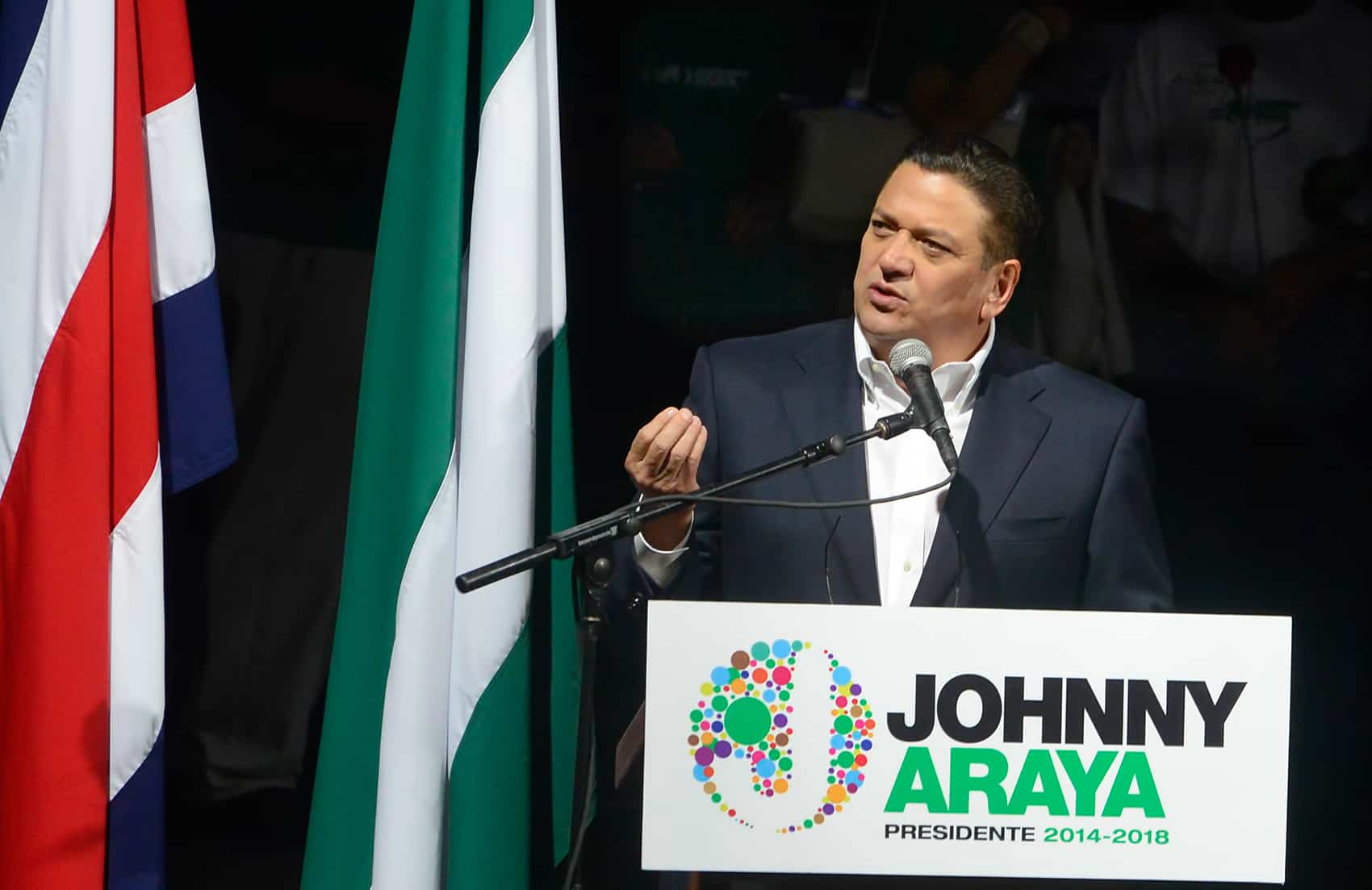 National Liberation Party (PLN) presidential candidate Johnny Araya cracked a bit of the ice between Nicaragua and his possible administration Wednesday when he told reporters he would be willing to meet with Nicaragua’s President Daniel Ortega to resolve several pending border disputes between the neighboring countries.

“They say that courtesy doesn’t mean you’re not courageous, and yes, I’d be willing to meet with the president of Nicaragua. I believe Costa Rica should not renounce dialogue,” Araya told reporters, according to the daily La Nación.

Araya’s comments are the latest in what is shaping out to be a more outspoken foreign policy platform for the presidential candidate. Araya took to Twitter on Feb. 14 after tensions flared between opposition leaders and the government of Venezuela that week, urging the Costa Rican government to offer political asylum to opposition leaders there and demanding Leopoldo López not be jailed.

The ruling party candidate’s comments came during a meeting with Foreign Minister Enrique Castillo, Public Security Minister Mario Zamora, and other officials at the Foreign Ministry Wednesday to discuss border and security concerns.

The candidate qualified his olive branch on Twitter, saying that he would only seek dialogue with Ortega if the Nicaragua leader “demonstrated respect for [Costa Rica’s] national sovereignty.”

Citizen Action Party candidate Luis Guillermo Solís met with Castillo on Feb. 11. Solís told reporters after his meeting with the foreign minister that he would not open dialogue with Ortega while the two countries remained embroiled in border disputes:

“As long as there is a claim from President Ortega on Costa Rican territory, my responsibility as a presidential candidate, political leader and eventually as president of the republic does not permit me to speak with him. […] We have an obligation to continue improving ties but not at the presidential level.”

Costa Rica and Nicaragua have several borders disputes pending with the International Court of Justice at The Hague. On Monday, Costa Rica asked the world court to determine its maritime boundaries with Nicaragua after the two countries failed to reach an agreement over oil concessions in the Pacific Ocean and Caribbean Sea claimed by both nations. In 2010, Costa Rica asked the court to rule on Nicaragua’s alleged invasion of the Isla Calero wetlands, also known as Isla Portillos, near the countries’ Caribbean frontier.

President Laura Chinchilla’s administration has maintained a chilly relationship with Ortega, including when the Nicaraguan leader suggested the International Court of Justice would eventually grant Nicaragua the Costa Rican province of Guanacaste in August 2013. Bluster aside, Ortega has expressed interested in reaching out to whoever wins the runoff election.