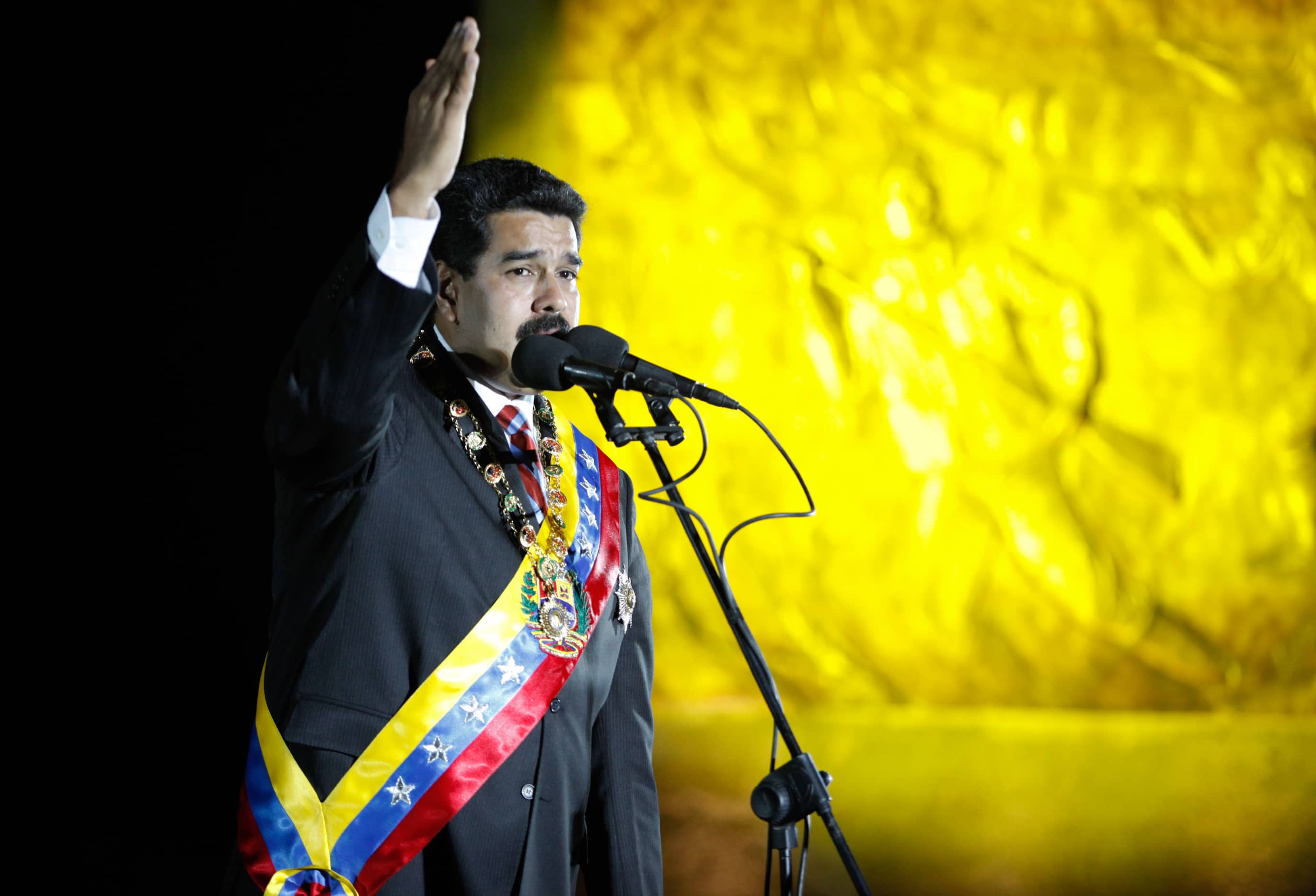 Thousands of students have protested on each of the past two days in the Venezuelan capital, in the biggest challenge to Maduro’s leadership since he took over from the late Hugo Chávez last year.

The students, backed by the opposition, are ratcheting up the pressure, calling for immediate action on rampant crime, inflation and shortages of basic goods.

Maduro called for supporters to gather “Saturday, at midday” for “a big march of all the political and social forces of the Bolivarian Revolution for peace and against fascism,” the president said late Thursday, announcing he would also attend the rally.

He has also ordered the arrest of a senior opposition figure and declared that he would not be overthrown – though protesters say a coup is not their goal.

Three people – a pro-government demonstrator and two student opposition protesters – died when violence broke out at Wednesday’s opposition protest in Caracas, which led to a security crackdown in cities across a country where the economy has been battered by inflation of more than 50 percent a year.

Maduro had urged people to demonstrate in “anti-fascism” rallies Thursday, but only a handful of supporters turned up.

Venezuela – with an institutionally socialist government dependent on oil revenues in a state-led system – sits atop the world’s largest proven reserves of crude.

Yet its economy has been battered amid shortages of hard currency, while dwindling supplies of consumer goods have frustrated even some government supporters.

The government blames “bourgeois” local business interests for trying to profit from its largely low- and middle-income political base. It has engaged in privatizations and unpopular currency controls. Students clash with National Guard members during an opposition demontration against the government of Venezuelan President Nicolás Maduro, in Caracas on Feb. 12, 2014. Leo Ramírez/AFP