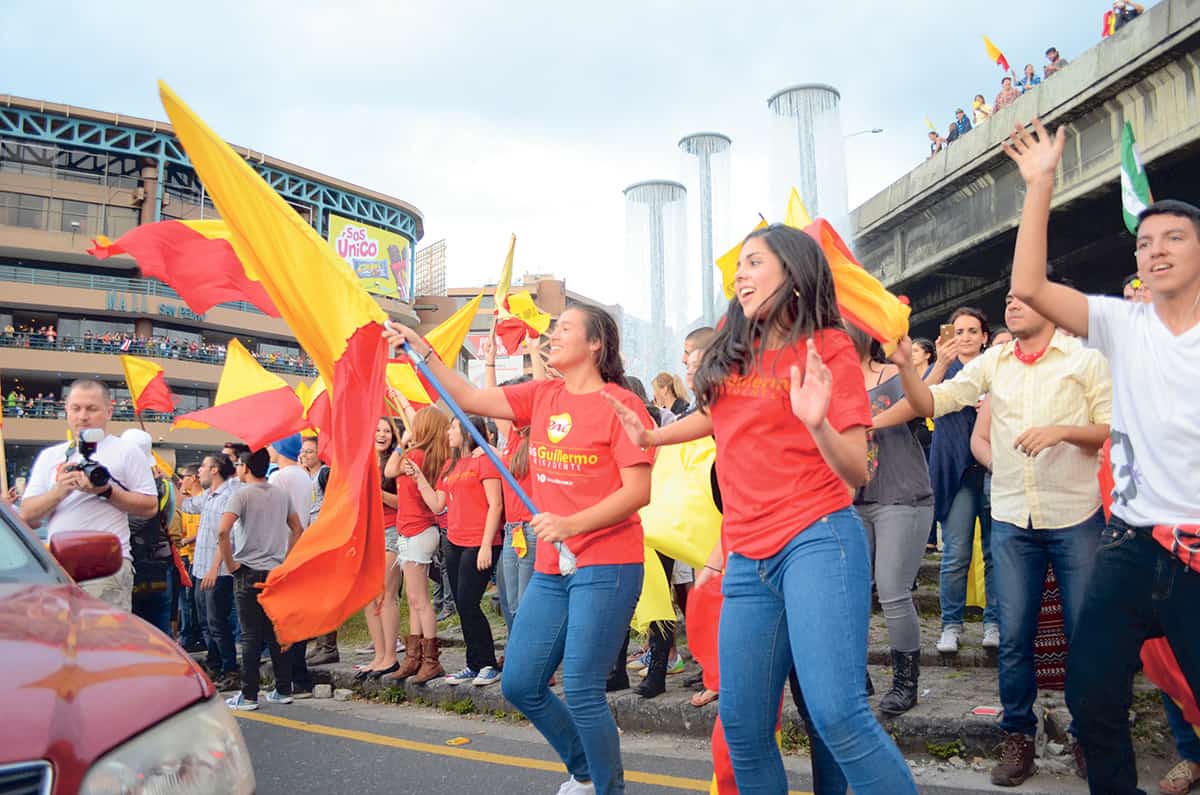 What will this year's "fiesta electoral" have in store? (The Tico Times)

In days of yore, Costa Rican elections were called a “fiesta electoral,” a celebration of democracy where many Costa Ricans were fiercely and visibly proud of their political parties and their candidates. Party flags filled the windows of homes and cars, and Election Day brought honking, music and colors to the streets.

It seems that that spirit is at least partly a thing of the past: the people of Costa Rica are more critical, have more complex demands, upset about parties’ perceived failure to attend to their needs, and disillusioned by corruption cases such as the so-called “cementazo,” the case related to Chinese cement imports that implicated members of all three branches of government in 2017.

However, no matter how we feel about it, the country will choose its next president and national legislators in February, and one of the continent’s most stable democracies will put its institutions to the test. Here are ten keys to understanding the political campaign and its potential results.

On Sunday, Feb. 4, Costa Rica will elect its president, two vice presidents and 57 new members of the Legislative Assembly. (At the time of this writing in December 2017, it appears highly likely that the country will go, for a third time, to a second round of voting, which takes place if no candidate surpasses 40 percent of the vote in the first round.) These are the political authorities who will preside over the country from 2018-2022, a period during which we will celebrate 200 years of independence.

During their term, we will also face huge challenges in modernizing our state and its institutions, avoiding further increases in crime, improving the state of our economy, sustaining public health and creating jobs. The biggest task of all: putting the brakes on increasing inequality so that our population’s general well-being can live up to our international reputation.

In contrast to democracies such as the United States, the Costa Rican system forbids the President of the Republic from intervening in any way in the electoral process, including expressing his voting preference. Costa Rican law requires that a president, once elected, renounce the party that brought him or her to power. Legislators do have total freedom to participate in the campaign, as long as they do not use public resources to do so.

As part of the Executive Branch’s neutrality, a “veda electoral,” or communications ban, is imposed on public institutions in order to avoid favoring the party in power. The government is only allowed to communicate urgent news about public services. The parties have their publicity, of course, but not during a “Christmas truce” from Dec. 16 through Jan. 1, except for three holiday-themed messages. This is designed to provide a breather for voters and time for the parties to prepare for a jam-packed January.

Campaigns may not pay for advertising during the last four days before the election, nor may the media publish poll results during that time. In theory, this allows voters to reflect on their decision without new information coming in (although no one can guarantee that this works).

In Costa Rica, voting is mandatory by law for all those inscribed in the Electoral Rolls (3.2 million), which takes place automatically for all those over 18. However, those who do not vote face no direct consequences. Absenteeism was consistently around 20 percent until the 1990s, when it jumped to nearly 30 percent. At the time of this writing, authorities from the Supreme Elections Tribunal have expressed concern that it could increase more in 2018.

This Legislative Assembly election will have the greatest gender equality in Costa Rican history. This is because all parties were required to alternate men and women on their legislative candidate rosters in all seven provinces, and no more provincial lists could be headed by a single gender – that is, a party could have four top-ranked men and three top-ranked women, or vice versa. (In Costa Rican legislative elections, voters choose a party, not a specific legislative candidate. The percentage of the vote each party receives in a given provinces determines how many of the candidates on that party’s legislative roster get a seat. The top-ranked candidate has the best chance of earning a spot in the Assembly.)

Costa Rica’s electoral system is generally classified as peaceful and trustworthy by international observers. However, one area that has been marked for improvement is campaign financing – specifically, improving equality among parties and avoiding “dirty money” and powerful economic interests.

The system is mixed, with both state support and private donations. Private businesses may not donate, but they disguise this support through intermediaries or the purchase of “campaign bonds” that are never cashed. Parties issue these bonds with the expectation that depending on how many votes they receive, the State will cover their expenses or exchange the bonds for money. The problems is that many party financers, including public banks, decide which party to support based on polls, which are not always right and spark disparities.

Costa Rica, ‘fake news’ and the Trump effect: We are unprepared

In Costa Rica, people can only run for office through the support of a political party; as mentioned above, the parties even get to select and rank their legislative candidates without any voter input. This bothers some citizens who are calling for legal reforms to give more power to voters and less to parties, which no longer offer inspiring leaders like those Costa Rica elected in the 20th century – a Figueres or a Calderón.

Political parties here, as in other countries, have lost popular support. Only a third of the population expresses alignment with one of them. This affects not only the National Liberation Party (PLN) and Social Christian Unity Party (PUSC), the two leaders of the bygone bipartisan era, but also younger parties such as the Libertarian Movement, Citizen Action (PAC) and Broad Front (FA), the only left-wing force that currently has legislators in the Assembly.

In this context, more parties have arisen to try to capture the hearts of voters who are broken-hearted or on the roam. This has made Costa Rica a country where power is splintered and political ideology is not given much weight.

The result of all this? A country with increasing electoral uncertainty. Polls in November showed a large undecided population, nearly four of every 10 probable voters. Those who had made up their mind favored former legislator and businessman Antonio Álvarez Desanti (PLN) and lawyer and former Cabinet minister Juan Diego Castro (from the National Integration Party, or PIN). Both could go to an eventual second round, although the percentage of undecideds could certainly change the panorama in the final days of the campaign, as we saw in 2014.

Should a second round occur, it will take place – by coincidence – on Easter or Resurrection Sunday, which is fitting, given the importance religious values are given in Costa Rican politics when responding to, for example, efforts to guarantee the human rights of LGBTI communities.

This election pits support for traditional political systems, most closely represented by Alvarez Desanti (supported by former President Oscar Arias), against questioning of that system that ranges from displeasure to fury, embodied by Juan Diego Castro. While there are many differences, some sectors see similarities to the 2016 U.S. election, when “the system” (Hillary Clinton) faced off against a challenger, Donald Trump, whose discourse seemed made-to-order for many citizens unhappy with traditional politics. The difference here is that there are other parties that also play an important role, and that Castro represents a very small party, the PIN – which opened its doors to his populist agenda, built on the fame he has attained through frequent television appearances as a legal expert and defense attorney in high-profile cases.

The Supreme Elections Tribunal is calling for a “well-informed vote” and asks voters to prepare carefully for their decision while second-guessing fake news that are circulating online. The elections authority wants Ticos to vote more with the head and less with the heart or the gut – or with the nervous system. Time will tell.

Álvaro Murillo is an experienced journalist who specializes in political coverage and has written for La Nación, Semanario Universidad and El País. In his Tico Times column “No Sugar, Please,” he explores politics in its broadest terms, from the halls of government to community life. Connect with him on Twitter.

This story was originally published in our High Season Print Edition, available now for download or to pick up at these locations around the country.

Our High Season Print Edition is here! Here’s where to find it

Eligible Canadian residents will receive COVID-19 insurance included in the price of their international round-trip ticket with Air Canada, news…