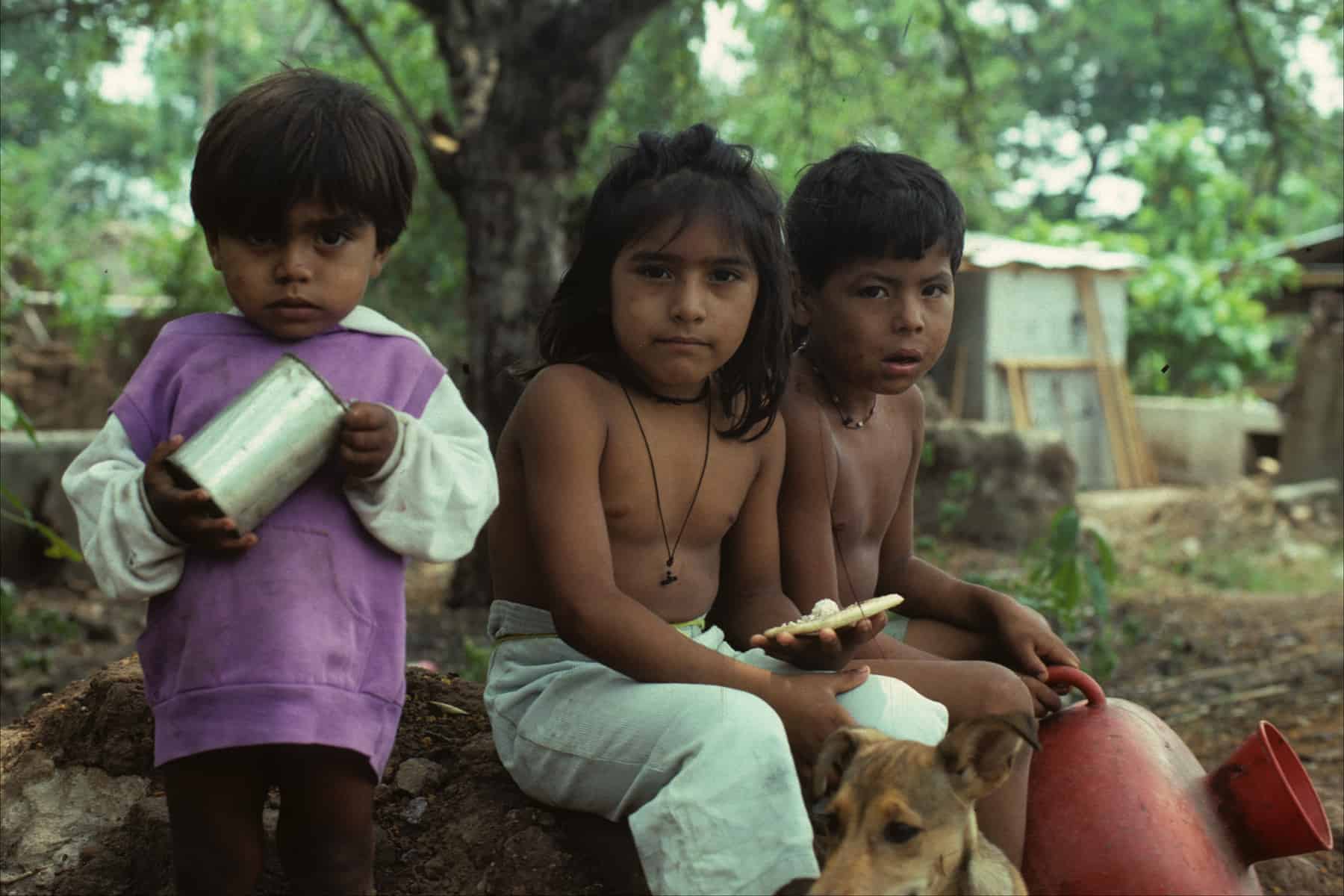 Impoverished children look suspiciously at a visitor to their village of Aguacayo, El Salvador. Thousands of kids from the Northern Triangle countries of El Salvador, Honduras and Guatemala are streaming across the U.S. border annually in an effort to escape violence and grinding poverty back home. (Larry Luxner/The Tico Times)

Costa Rica is increasingly becoming a destination for people seeking asylum, many of them from other Central American countries plagued by violence.

During the event Monday, the government announced its latest campaign to raise awareness about refugees, with an emphasis on integrating them into Costa Rican society.

Since the civil wars that plagued Central America in the 1970s and 1980s, Costa Rica has received refugees fleeing political persecution from across the isthmus. In the 1990s, the tide of refugees shifted to Colombians fleeing violence from that country’s ongoing civil war.

According to acting Immigration Director Gladys Jiménez, more than 77 percent of the roughly 9,500 refugees in Costa Rica are Colombians. The next largest groups are Cubans (8 percent), Nicaraguans (6 percent), Venezuelans (3 percent) and Salvadorans (2 percent).

“These are people who aren’t being protected. The state doesn’t provide them protection from mareros (gang members in countries like El Salvador and Honduras) or other kinds of organized crime,” said Vice Minister of the Interior Carmen Muñoz.

Children and young people, she said, are often targeted to forcibly join the gangs.

“Mothers try to get their children out of the country or have to pay the gangs, so they think the state can’t protect them and they flee their countries,” Muñoz said. Situations like this have caused an “important” increase in the number of Salvadorans seeking refugee status in Costa Rica, she said.

According to Jiménez, 46 percent of the 1,492 applications received so far this year are from El Salvador.

Though Central and South Americans make up the vast majority of asylum-seekers here, Muñoz said Costa Rica is also processing requests from Nigeria, where people are fleeing attacks from the Muslim militant group Boko Haram.

On the other hand, the hundreds of migrants who have arrived this year from Haiti, Africa and South Asia have generally avoided applying for refugee status in Costa Rica. Jiménez said some extra-continental migrants apply for refugee status as a way to fast-track their entrance into and out of the country. Many continue their journey to North America before their refugee request in Costa Rica can be processed.

For those who do stay, like José Manuel Cortizo, a Colombian refugee who arrived in Costa Rica in 2000, there is a chance to make a new life.

Cortizo, who was the focus of the campaign “Nadie elige ser refugiado,” No one chooses to be a refugee, fled Colombia after armed men shot and killed his business partner. He flew with his family to Costa Rica shortly afterwards, selling apples on the street to make ends meet when he first arrived.

Eventually, his family was able to save enough money to buy a home and build apartments to rent.

“All is possible,” Cortizo told reporters, “if you put your mind to it.”

Watch Cortizo tell his story in the latest campaign from the Immigration Administration to encourage more empathy toward refugees: