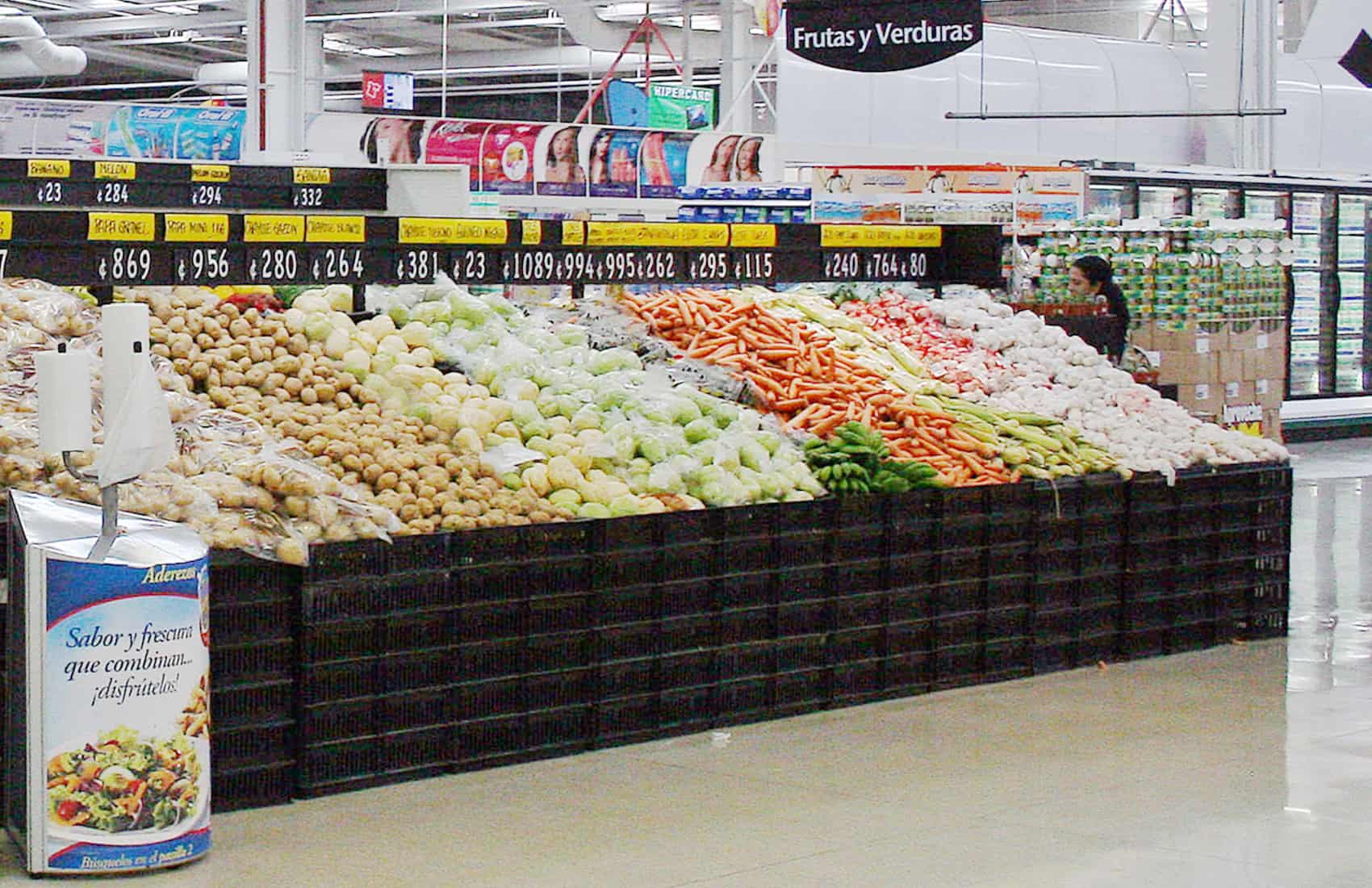 Under a new legislative proposal in Costa Rica, supermarkets and other stores would be required to use only biodegradable plastic bags or sell reusable ones. (Ronald Reyes/The Tico Times)

The Legislative Assembly’s Environmental Commission on Thursday approved the addition of a new article to Law 8,839 on waste management that – if passed by the full Assembly – would prohibit businesses from packaging products in disposable plastic bags.

The proposal would exclude nonbiodegradable plastic only “for the preservation or protection of food or any other product in which the use of alternative packaging methods is not feasible.”

In addition to the ban, the proposed amendment calls for fines of up to 200 minimum salaries – about $60,000 – for failure to comply.

It also would require all businesses offering reusable or biodegradable bags to clearly inform consumers of the bags’ prices and to include those costs in receipts.

If approved, experts from the Health Ministry and the Environment Ministry would have a six-month period to outline the steps to implement the new regulations and to define criteria under which plastic shopping bags could be considered biodegradable.

National Liberation Party lawmaker and commission member Juan Marín Quirós said the proposal is a positive step but would require a great effort to implement it in five years.

Marcela Guerrero from the ruling Citizen Action Party said she would ask the executive branch to prioritize the bill in the Legislative Assembly’s agenda.

“Hopefully we can approve it during the special legislative sessions in December,” she said on Thursday.

Marco Luconi, president of the Costa Rican Association of Plastics Industries (ACIPLAST), said on Friday the proposed amendment had caught him off-guard.

“It’s a regressive proposal, and its adoption would have consequences for the environment, public health and the economy,” he told The Tico Times.

Luconi said plastic bags used here are made of high-density polyethylene that is 100 percent reusable and recyclable.

“These bags can be transformed into bags for other industries or into materials used in construction,” Luconi said.

Some entrepreneurs also argue that trash stored in plastic bags require up to seven times less space in garbage trucks than that stored in reusable bags.

Luconi claimed reusable bags could increase the risk of food contamination: “Escherichia coli and other bacteria more easily reproduce in microclimates generated inside fabric and other materials used in reusable bags,” he said. “The situation worsens because people don’t wash their reusable bags after use.”

According to ACIPLAST’s most recent survey from 2013, 160 companies manufacture or market plastic bags in Costa Rica.

ACIPLAST now wants to present an alternative to the bill.  Said Luconi: “There’s no point in separating trash at home and then it all gets mixed inside the trucks and the dumpsters. What the country needs is a strategy to improve waste management and disposal.”