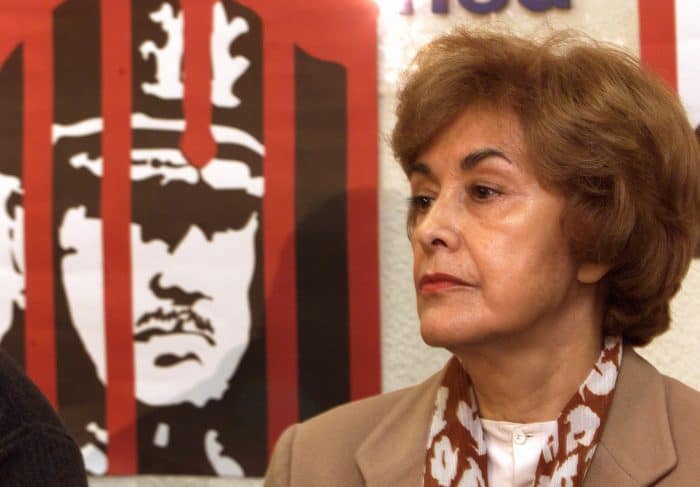 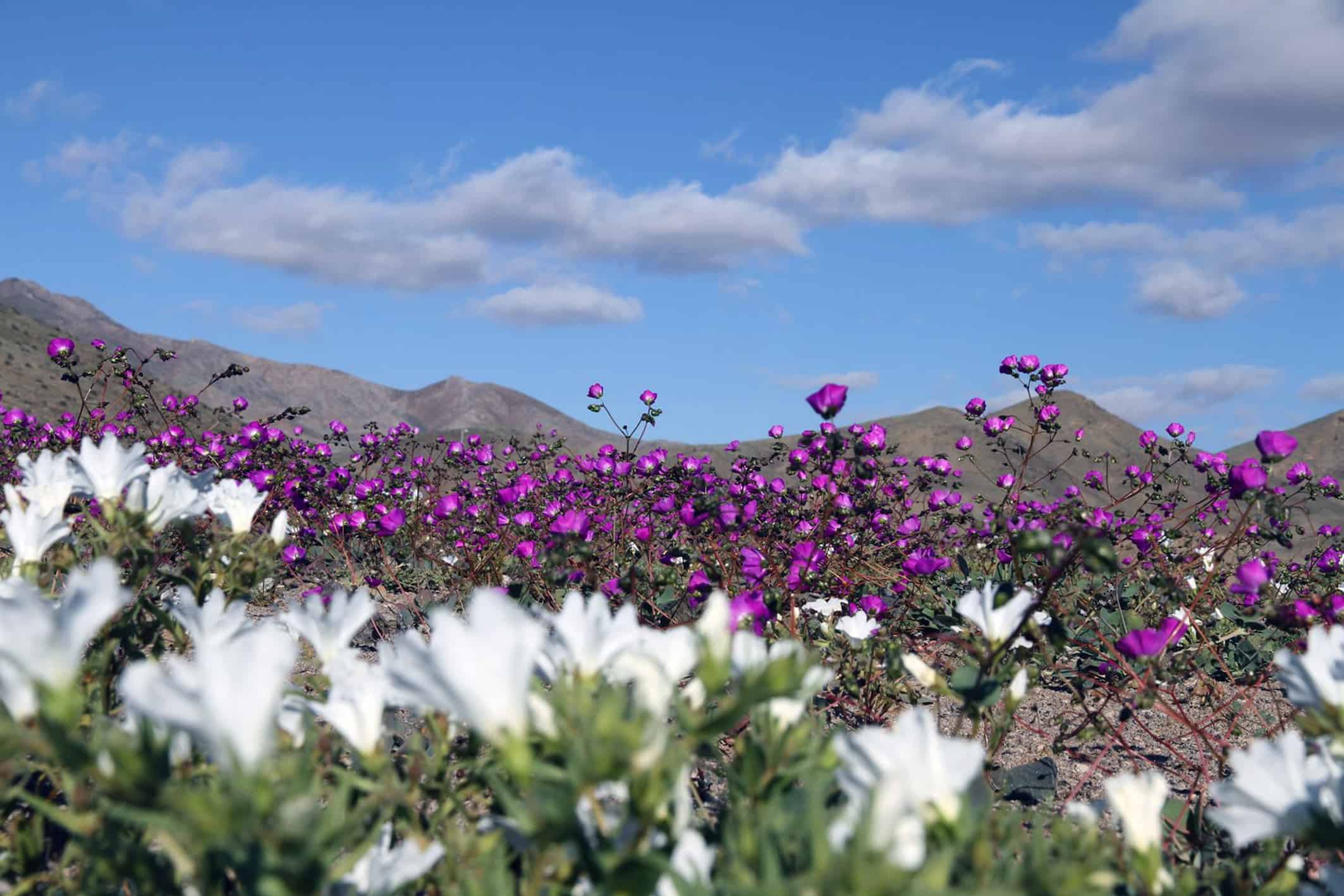 A gigantic mantle of multicolored flowers covers the Atacama desert, the driest in the world, on Oct. 27, 2015. Experts say the unusually spectacular bloom is caused by the El Niño phenomenon, which alters weather patterns across the Pacific basin. (Carlos Aguilar/AFP)

COPIAPÓ, Chile — Here’s a softer side to the disruptive weather phenomenon known as El Niño: an enormous blanket of colorful flowers has carpeted Chile’s Atacama desert, the most arid in the world.

The cyclical warming of the central Pacific may be causing droughts and floods in various parts of the world, but in the vast desert of northern Chile it has also caused a vibrant explosion of thousands of species of flowers with an intensity not seen in decades.

Yellows, reds, purples and whites have covered the normally stark landscapes of the Atacama, where temperatures top 40 degrees Celsius (104 Fahrenheit) this time of year.

“This year has been particularly special, because the amount of rainfall has made this perhaps the most spectacular of the past 40 or 50 years,” said Raúl Céspedes, a desert specialist at the University of Atacama. That has caused dormant flower bulbs and rhizomes — underground stems that grow horizontally — to germinate.

“When you think of the desert, you think of total dryness, but there’s a latent ecosystem here just waiting for certain conditions to arise,” said Céspedes.

The desert flowers are perhaps nature’s consolation for what has been a devastating year for Atacama. The flowers first bloomed in March, after heavy rains that caught the region by surprise and caused massive floods that killed more than 30 people.

They are now blooming for the second time this year, at the outset of the southern hemisphere summer. Flowers bloom at the Huasco region of the Atacama desert, some 600 km north of Santiago, Chile on Oct. 27, 2015. Carlos Aguilar/AFP

“This is a very unusual phenomenon. Because of the floods in March there was an exceptional winter bloom, which had never before been recorded … and then there was another bloom in spring,” said Daniel Díaz, director of the National Tourism Service for Atacama region.

“Two flowerings a year is very unusual in the most arid desert in the world, and that’s something we’ve been able to enjoy this spring, along with people from all over the world. There’s a lot of interest in seeing it,” he told AFP.

The region has seen a 40 percent increase in tourists since the flowers began blooming.

“It is so unusual, yet so real,” said British tourist Edward Zannahand, who made a special stop at the Atacama desert on what he described as a road trip around the world.

Qatar will kick off the 2022 Men's World Cup at the Al Bayt Stadium in Al Khor, organizers announced on…

Despite a recent increase in coronavirus cases, hospitalizations and deaths, Costa Rica still plans to reopen its airports for international…