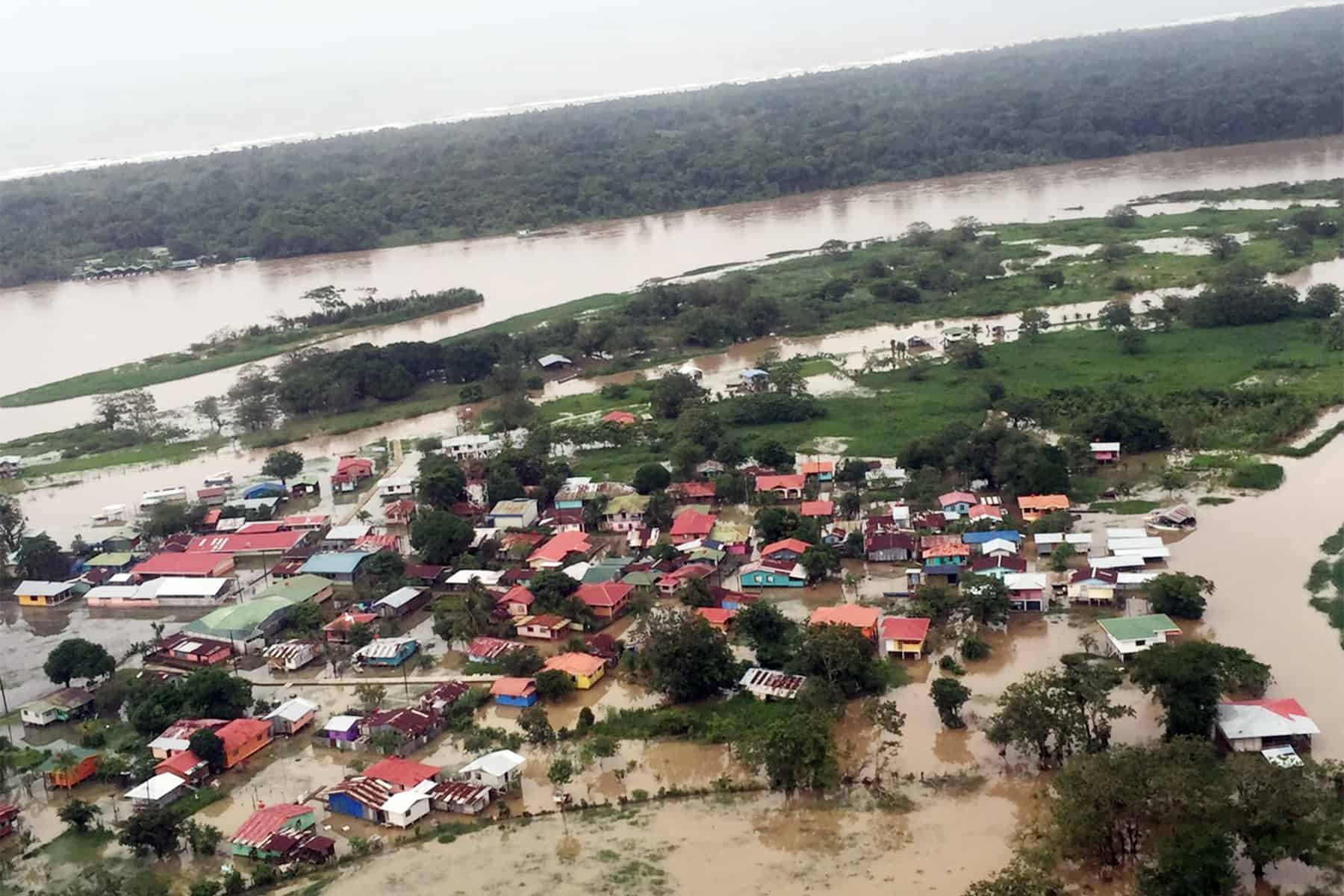 Barra del Colorado in Costa Rica's northern Caribbean is one of the 18 communities affected by widespread flooding. ((Via CNE))

Costa Rican President Luis Guillermo Solís on Tuesday afternoon signed a national emergency decree to allocate funds to repair the damage caused by dramatic and widespread flooding in recent days, particularly in the Caribbean and northern regions of the country.

The president did not disclose how much emergency funding he would allocate. He did say that cleanup efforts would include both damage repairs and preventive measures for communities facing similar situations in the future.

On Monday night, Solís had ruled out issuing the decree, saying at a press conference, “at this moment there are not enough reasons to allocate more financial resources.” But after his weekly Cabinet meeting on Tuesday, the president changed course and announced he had signed the emergency decree after receiving a full report from ministers and other Cabinet members.

Public Works and Transport (MOPT) Vice Minister Mauricio González at the Tuesday meeting reported that the two main routes to the Caribbean province of Limón have been reopened. MOPT crews reopened passage on Route 32 from San José to the Caribbean and Route 10 from Cartago at about 8:30 a.m, he said.

Passage on Route 126, which connects Limón through the Heredia canton of Sarapiquí is also open, except for buses, semi-trailers and trucks.

National Emergency Commission (CNE) officials maintain a maximum alert, or Red Alert, for eight cantons in the provinces of Limón, Heredia and Cartago, as heavy rains and floods continue to persist from the weekend.

The president said he would continue ongoing surveys of damage in the Caribbean region on Wednesday and Thursday in order to evaluate progress.

A CNE report on Tuesday morning states that 18 communities in Limón, Heredia and Cartago remain isolated by flooding. Rains in these cantons so far have damaged 1,585 homes, 18 schools, 23 roads, 11 bridges and eight aqueducts.

Emergency agencies currently have eight shelters open where they are attending 650 people evacuated from their homes.

Meteorologist Juan Carlos Fallas from the National Meteorological Institute at noon on Tuesday said a tropical wave that entered the country on Monday night had caused showers that lasted most of the night and into the morning on Tuesday, mostly in the Heredia canton of Sarapiquí and in some areas of the Pacific province of Puntarenas.