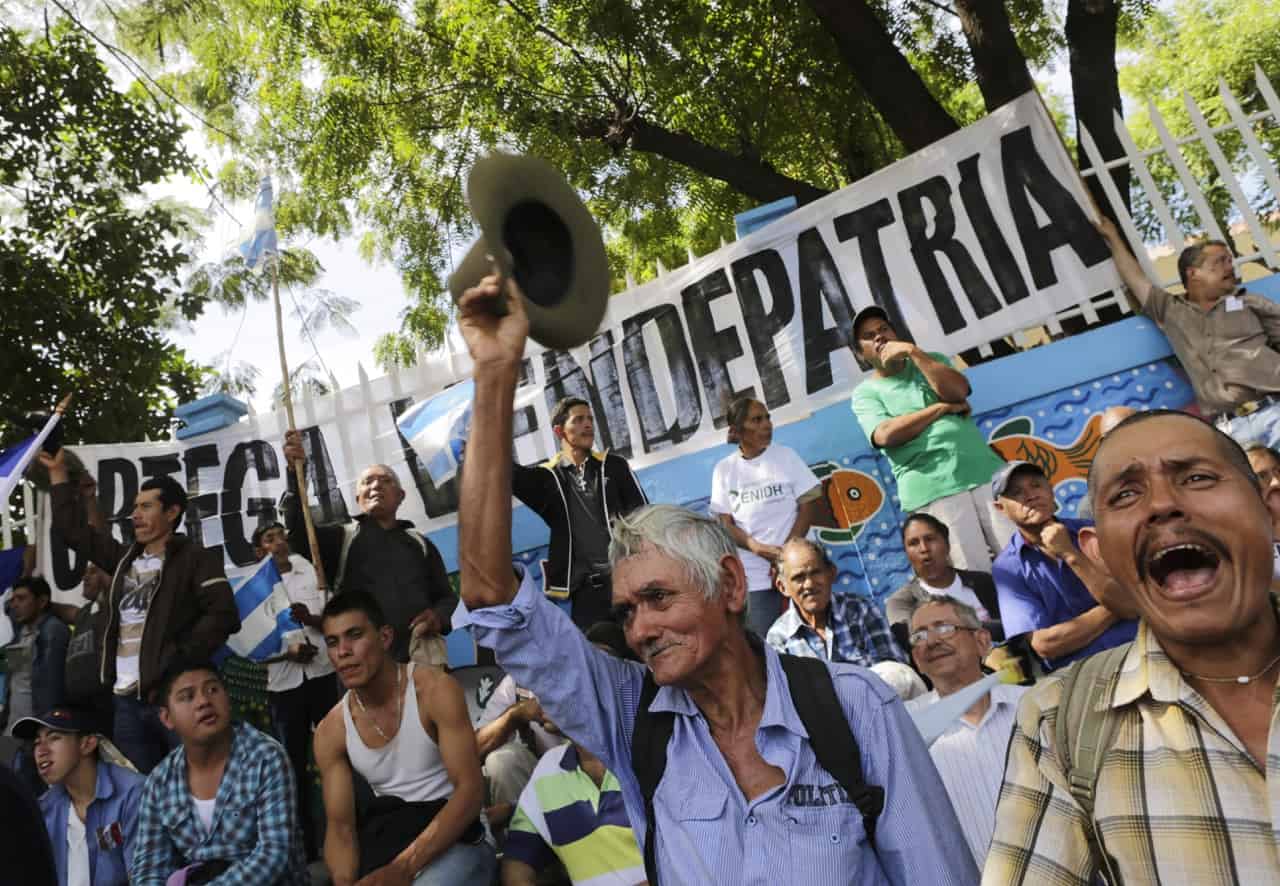 Demonstrators in Managua take part in a march against the construction of an inter-oceanic canal on Dec. 10, 2014. (Inti Ocón/AFP)

On the second anniversary of the Nicaraguan Canal concession, opponents traveled to Costa Rica Wednesday to raise awareness about the potential environmental and social costs of the mega-project.

Opponents of the 278-kilometer interoceanic canal, which is expected to carve Nicaragua in half from the Pacific to Atlantic, told The Tico Times that the government has created an atmosphere of intimidation to stifle dissent and pressured the media to downplay the concerns of environmentalists and landholders who face expropriation of their land.

Read: Will the Nicaragua Canal ruin the ‘Galapagos of Central America’?

On Wednesday afternoon, representatives from social and environmental groups are meeting at the University of Costa Rica leading up to a national march against the $50 billion project in Juigalpa, Nicaragua, on Saturday, June 13. Organizers of the march said that they hope to send a message to possible investors that there is widespread opposition to the project.

The Nicaragua Canal project involves the proposed construction of two new ports, an airport and a hydroelectric dam, the dredging of large swaths of Caribbean wetlands and a channel the length of Lake Cocibolca deep enough to handle Post-Panamax cargo ships.

Octavio Ortega of the National Commission in Defense of the Land, Lake and Sovereignty said that in recent months the Sandinista government has taken to militarizing the communities along the proposed canal route. Ortega and others alleged that police have established a permanent presence in schools and other public buildings along the route. The police and military presence along the corridor has created an air of intimidation that has kept many from speaking out, he said.

The commission leader alleged that the military has been harassing peasants under the pretense of protecting the environment in Ometepe, the volcano-peaked tourist destination on Lake Cocibolca, also known as Lake Nicaragua.

“If the military is there to protect the environment, why are they letting this canal destroy Lake Nicaragua,” Ortega said.

See also: Poet Ernesto Cardenal on Gran Canal project: ‘We should denounce to the world what is happening in Nicaragua’ A young boy plays near two fishing boats along the shore of Lake Cocibolca in Rivas, Nicaragua, on Dec. 11, 2014. Inti Ocón/AFP

Canal opponents said that the steamrolling approval process for the concession has disregarded the environmental impact of the project. It took nearly two years after the project’s concession was approved by lawmakers for an environmental impact study to be released, another sign to opponents that the government has little regard for the lake and those who depend on it.

Costa Rican authorities have expressed concerned about how the government will protect the San Juan River from sedimentation shifted during the dredging process.

In March, a British consultancy, Environmental Resources Management, and HKND Group, the Hong Kong-based corporation to build and manage the concession, presented their environmental impact study for the mega-project. A review panel found significant flaws in ERM’s assessment, calling it “indefensible” and “not realistic.”

That same month, the Center for Justice and International Law (CEJIL) and others denounced alleged human rights abuses by the Nicaraguan government related to the canal project at the Inter-American Commission on Human Rights in Washington, D.C. Among the concerned raised were the environmental impact of dredging in the freshwater Lake Cocibolca, illegal detention of protesters and police aggression, and not consulting Afro-descendent and indigenous people living in the path of the canal. According to Ramsar, the San Miguelito refuge, on the southeast coast of Lake Cocibolca, supports "a large number of species of birds, fish, reptiles and mammals. It also performs essential functions in the prevention of natural disasters, in purifying and recycling the water of the lake, and in regulating local climate." (Courtesy Ramsar)

Advocates have mobilized 46 marches across Nicaragua to protest the project that they say was rushed through the legislature and threatens the largest freshwater lake in Central America. Organizers of Saturday’s march said they hope to send a message to outside investors that the 373,000 people estimated to be affected by the mega-project will not roll over without a fight.

“This is something that should be discussed professionally with information across all of Central America. This project is going to impact the entire region,” said Mónica López, executive director of POPOL NA, a pro-democracy nongovernmental organization.

López said that opposition to the canal cuts across Nicaraguan political parties and social groups. She stopped short of suggesting that the Grand Canal could trigger outrage on the scale seen recently in Guatemala and Honduras over corruption allegations, but said it was a movement with great potential.

“People are upset,” López said. “This goes beyond the canal.”