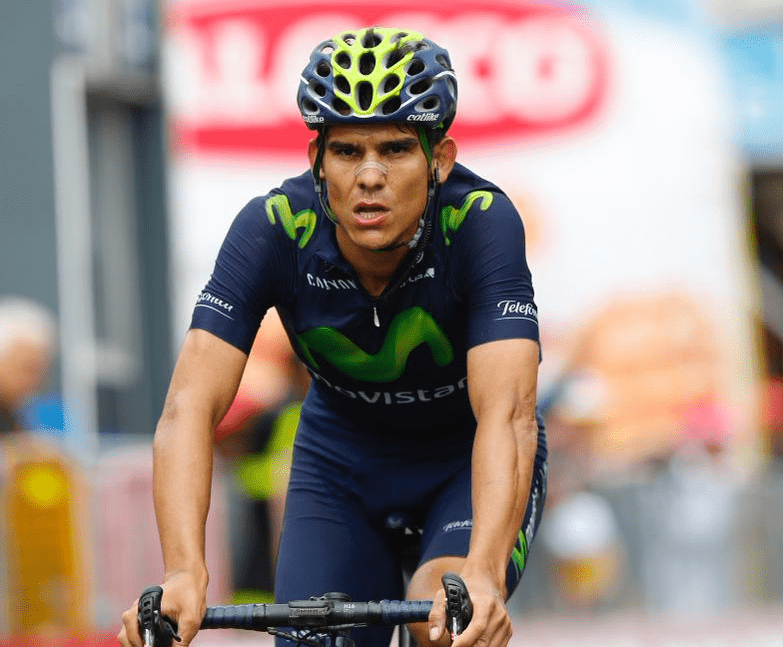 With a fourth place finish in the Giro d’Italia, Costa Rican cyclist Andrey Amador pedaled his way into history Sunday. One of cycling’s prestigious Grand Tours, The Giro d’Italia is the most important cycling race next to the Tour de France, and the 28-year-old is now the highest placing Central American cyclist in history.

Amador and his fellow Movistar teammates trekked 3,481 kilometers during the three-week race. Amador finished 8:10 behind the race leader, Alberto Contador. The San Ramón native’s performance has shocked everyone, even himself.

“Yes, it’s a bit of a surprise,” Amador told Cycling News. “I knew I was in good shape before the Giro, but I didn’t expect to be in fourth place overall at this point, to be within shouting distance of the podium.”

Still, Amador has a knack for shocking performances. Five years ago, the athlete was confined to a hospital bed after being assaulted during his last training ride of the year. Amador’s assailants beat him, stole his bike and left him for dead in a river bed. Amador suffered a paralyzed kidney and bruising to the lungs, sidelining his training. Then, in a comeback in 2012, Amador won stage 14 in the Giro d’Italia, becoming the first Costa Rican to claim a stage win in a Grand Tour.