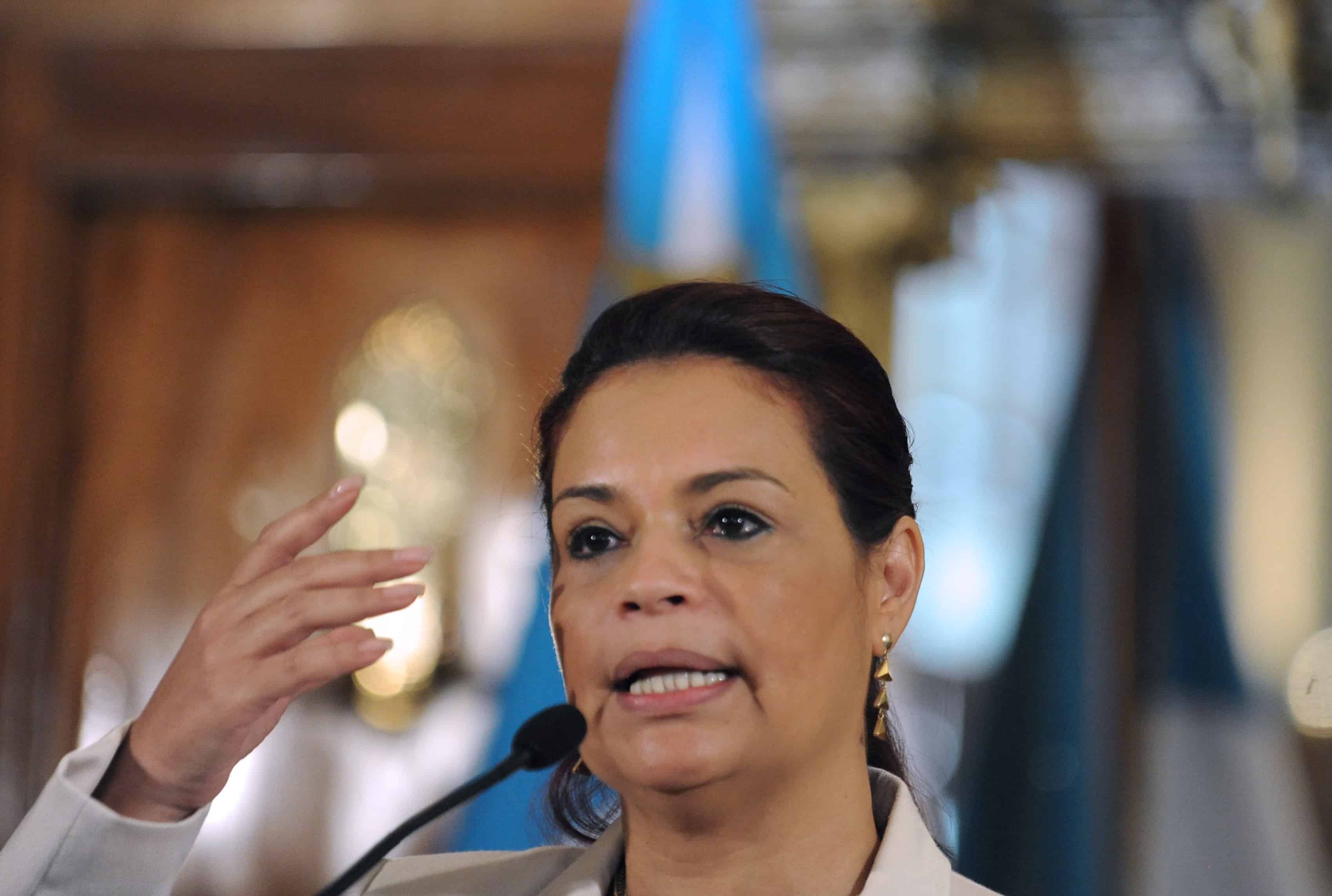 Guatemala's Vice President Roxana Baldetti offers a press conference at the presidential residence in Guatemala City on April 19, 2015. Baldetti resigned on May 8, 2015 amid a tax corruption scandal, in which her former private secretary Juan Carlos Monzón was allegedly involved. (Johan Ordoñez/AFP)

GUATEMALA CITY, Guatemala — Guatemalan President Otto Pérez Molina announced Friday that his vice president, Roxana Baldetti, was resigning after one of her top aides was accused of participating in a customs bribery ring.

The announcement came two days after Guatemala‘s Supreme Court called on Congress to remove Baldetti’s immunity from prosecution, clearing the way for possible legal action against the vice president.

Pérez said Baldetti had voluntarily left the post “in order to participate in and collaborate with the necessary investigations and above all with due process of the law.”

“Her decision is personal, thoughtful, tough and brave,” Pérez said, as he announced her resignation.

The scandal has rocked Guatemala, with some calling for Baldetti and Pérez to resign.

Baldetti and Monzón were on an official trip to South Korea as the ring was uncovered, and Monzón, who has been missing since, is thought to be hiding out in Honduras.

Baldetti tried to distance herself from the case upon returning to Guatemala, stating that she had been unaware of Monzón’s involvement.

The investigation also netted the head of Guatemala‘s tax administration, his predecessor and several dozen other agency officials.

“We support President Otto Pérez Molina and his administration’s efforts to address charges of official corruption in Guatemala,” he said in a statement.

“Guatemala has been and remains a strong partner of the United States,” he added.

Thousands of people have demonstrated against the vice president in recent weeks, and large crowds gathered again Friday across from the Presidential Palace to celebrate Baldetti’s resignation.

“Not resigned, but dismissed,” read one message, while another targeted the president with a tweet saying: “Next is Otto Pérez.”

The president has said in the past he would not step down over the allegations against Baldetti, and that the investigation into the corruption scandal is supported by state prosecutors.