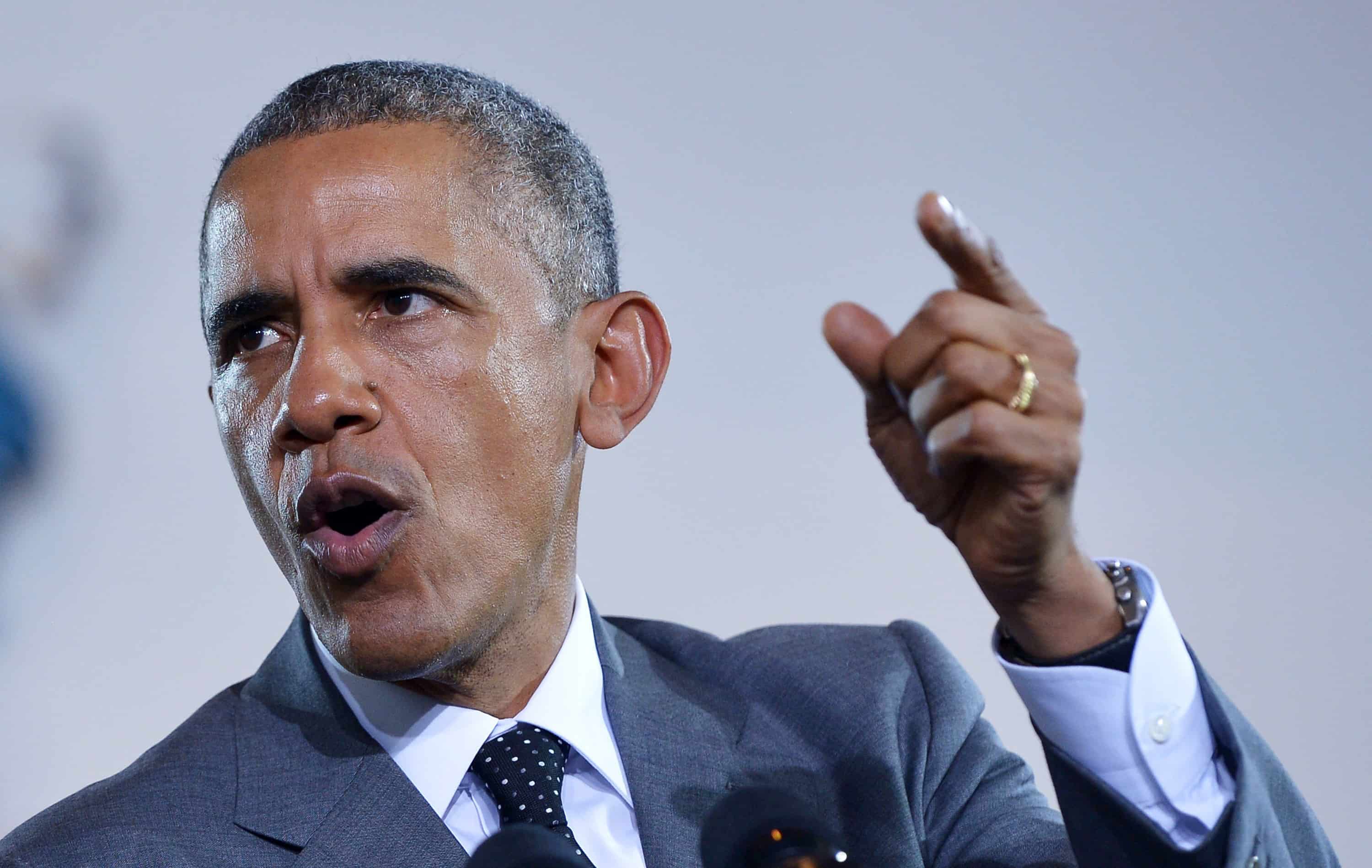 U.S. President Barack Obama speaks during a town hall meeting with young leaders at the University of the West Indies on April 9, 2015 in Kingston. (Mandel Ngan/AFP)

Senior U.S. lawmakers reached a deal Thursday to make it easier for President Barack Obama to negotiate trade accords, including a massive deal with 11 other Pacific nations.

If Congress grants Obama so-called “fast-track” authority, it would let lawmakers vote to approve or reject the proposed Trans-Pacific Partnership (TPP), but prevent them from introducing changes to the largest accord since the North American Free Trade Agreement.

“We intend to move expeditiously on these bills,” Hatch told a committee hearing.

Obama had been under pressure to show progress on TPP before he hosts Japanese Prime Minister Shinzo Abe at the White House on April 28.

The Obama administration is also deep in negotitions on a trade pact with the 28-member European Union.

Obama expressed optimism about the congressional deal and said it was crucial the United States, “and not countries like China,” write the global trade rules.

“It would level the playing field, give our workers a fair shot, and for the first time, include strong fully enforceable protections for workers’ rights, the environment, and a free and open internet,” Obama said in a statement.

Wyden said the deal will allow a “fairer fight” and offer “no back door” for special interests to insert their priorities into the agreement.

The bill notably requires Obama to publish the TPP at least 60 days prior to signing it. Due to the timing of negotiations, Congress may have up to four months to review the accord before voting on it.

And it contains a switch that would allow lawmakers to turn off “fast-track” authority if they feel the trade deal fails to support U.S. priorities.

If negotiators “fall short and the product doesn’t meet our standards, Congress can still hit the brakes on a bad deal,” Wyden said.

House Speaker John Boehner, who has long pushed for a new trade policy, hailed the deal and said it would “strengthen” congressional authority over a final trade accord.

U.S. Trade Representative Michael Froman gave a cautious thumbs up to the legislation.

A tough legislative battle over “fast-track” authority lies ahead. A Senate aide said lawmakers want to start the process quickly so the wrangling does not drag deep into the 2016 presidential race.

Congressional authority over trade deals has been a point of contention for years, with critics warning that secret negotiations and hurried votes hurt American workers.

“There’s too much at stake for Congress to be rushing through a bill that would allow more NAFTA-style trade deals,” said Senate Democrat Sherrod Brown, citing a loss of millions of U.S. manufacturing jobs since 1994.

The Sierra Club called the agreement “toxic” for the environment and a replay of a failed trade authority model that strips out vital protections.