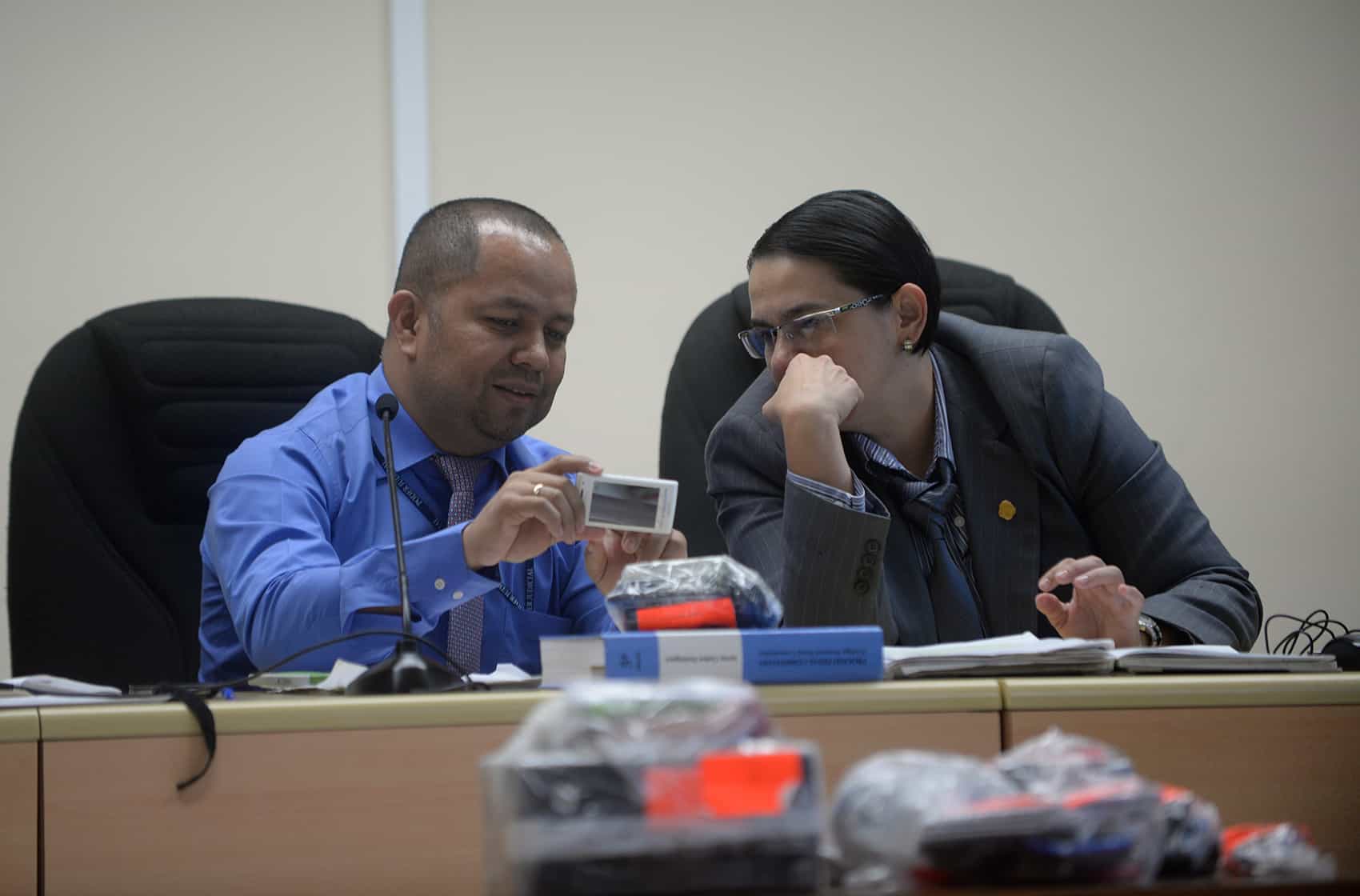 The trial, which began on Oct. 27, 2014, has faced numerous delays including defendant illnesses, the mishandling of evidence, and even landslides on the highway connecting the Caribbean port city of Limón to the Costa Rican capital.

On Friday, with members of Mora’s family and relatives of the defendants looking on, lead prosecutor Carmen Zúñiga urged a three-judge panel to focus on the severity of the crimes instead of the chaotic trial proceedings.

“We can’t forget why we’re here, which is to pass judgment on those who have been accused of these very serious crimes,” Zúñiga said. “We cannot let these unfortunate circumstances distract us from that.”

Zúñiga described for the court the series of events that unfolded in the early morning hours of May 31, 2013, when seven defendants allegedly kidnapped the 26-year-old Mora along with four foreign volunteers on Moín Beach, just north of the city of Limón.

According to prosecutors, the defendants were members of a gang that poached sea turtle eggs and were engaged in a long feud with Mora because of his conservation efforts on the beach while working for a nearby wildlife refuge.

Zúñiga described how two defendants allegedly kidnapped the women volunteers, brought them to an abandoned house and sexually abused them while the other five men beat Mora, stripped off his clothes, tied him to the back of a car and dragged him across the beach. Mora suffered several injuries before he died of asphyxiation – one gash on his head was so severe that police initially mistook it for a gunshot wound.

“You don’t have to be a medical forensics expert to see that Jairo Mora was brutally beaten,” Zúñiga said. “This wasn’t a death where the victim didn’t suffer. This is what the defendants did to Jairo.”

On Monday, prosecutors will continue with a description of the police investigation, but two key pieces of evidence will be left out of the proceedings due to court errors. The first piece of evidence, three bottles of men’s cologne, were lost by court employees. Judges also ruled that a second piece of evidence, transcriptions of telephone conversations between defendants, is inadmissible because a preliminary court judge failed to filter out non-pertinent conversations – a violations of the defendants’ right to privacy.

The trial was supposed to end Friday, but the panel of judges extended proceedings through next week to allow both sides to present closing arguments. This is the second time the court has delayed a ruling. Last week, delays prompted Mora’s family to petition the court for a speedier trial, a plea that was mostly ignored.

“We haven’t been able to work. We have to just leave everything undone in the house all day,” Mora’s mother, Fernanda Sandoval, told The Tico Times last week. “We’re becoming frustrated because it has been almost three months, and there is still no verdict.”