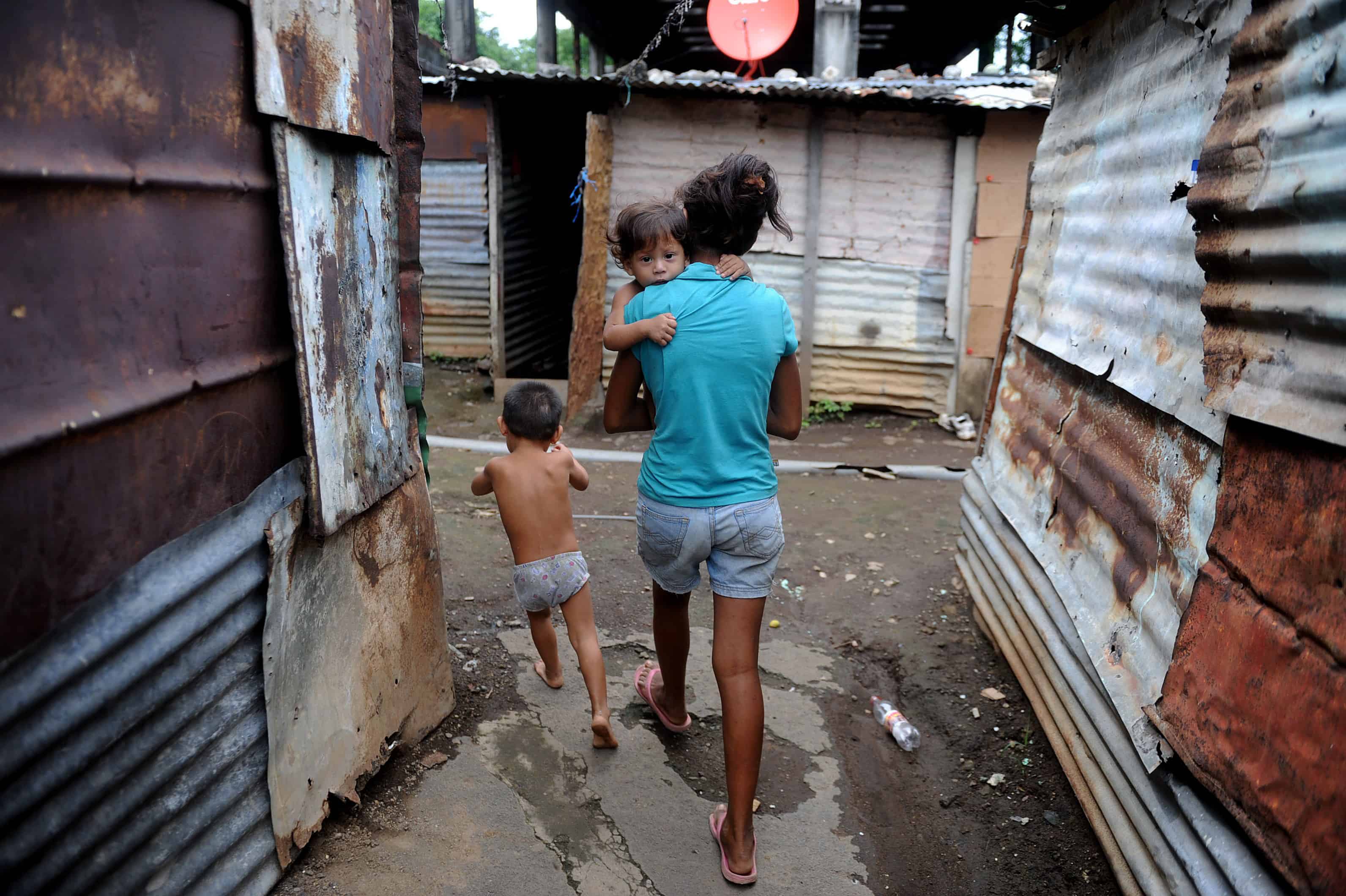 Some 355,000 more Nicaraguans lived in extreme poverty in 2013 compared to the previous year, a new report states. ( Elmer Martínez/AFP)

MANAGUA, Nicaragua – The number of Nicaraguans living in extreme poverty – defined as less than $1 a day – increased from 7.6 percent to 9.5 percent from 2012 to 2013, according to a survey by the Managua-based Fundación Internacional para el Desafío Económico Global (Fideg). This means that living conditions worsened last year for some 355,000 Nicaraguans following a slight improvement the previous year.

The nongovernmental foundation has conducted the survey for the past five years.

One of the factors causing extreme poverty to increase, the report said, is a drop in export prices on agricultural goods, primarily coffee. Thousands of temporary workers depend on farming, as do several local economies in Nicaragua.

A drop in schooling and poor education are other factors that have prevented families from escaping extreme poverty, the report said.

“The level of education of Nicaraguans has remained stagnant for several years,” noted the Fideg study, which sampled 1,730 homes in urban and rural areas across the country.

General poverty indicators – which include those who live on less than $2 a day – dropped during the same period from 42.7 percent to 40.5 percent.

According to Fideg, Nicaragua has managed to reduce this last indicator by a factor of only 1.05 percent annually since 2009, when the foundation began conducting the survey, with the assistance of the Swiss Cooperation Agency and the Canadian government.

This year, the government earmarked $1.3 billion – more than half its official budget – to finance anti-poverty programs and free health and education services. Venezuelan aid also has helped fund programs for the distribution of roof sheeting, financial credits, low-cost housing and food packages for the poor.

Nicaraguan President Daniel Ortega has publicly acknowledged that his country has been unable to shake its ranking as the second-poorest country in the Western Hemisphere after Haiti.