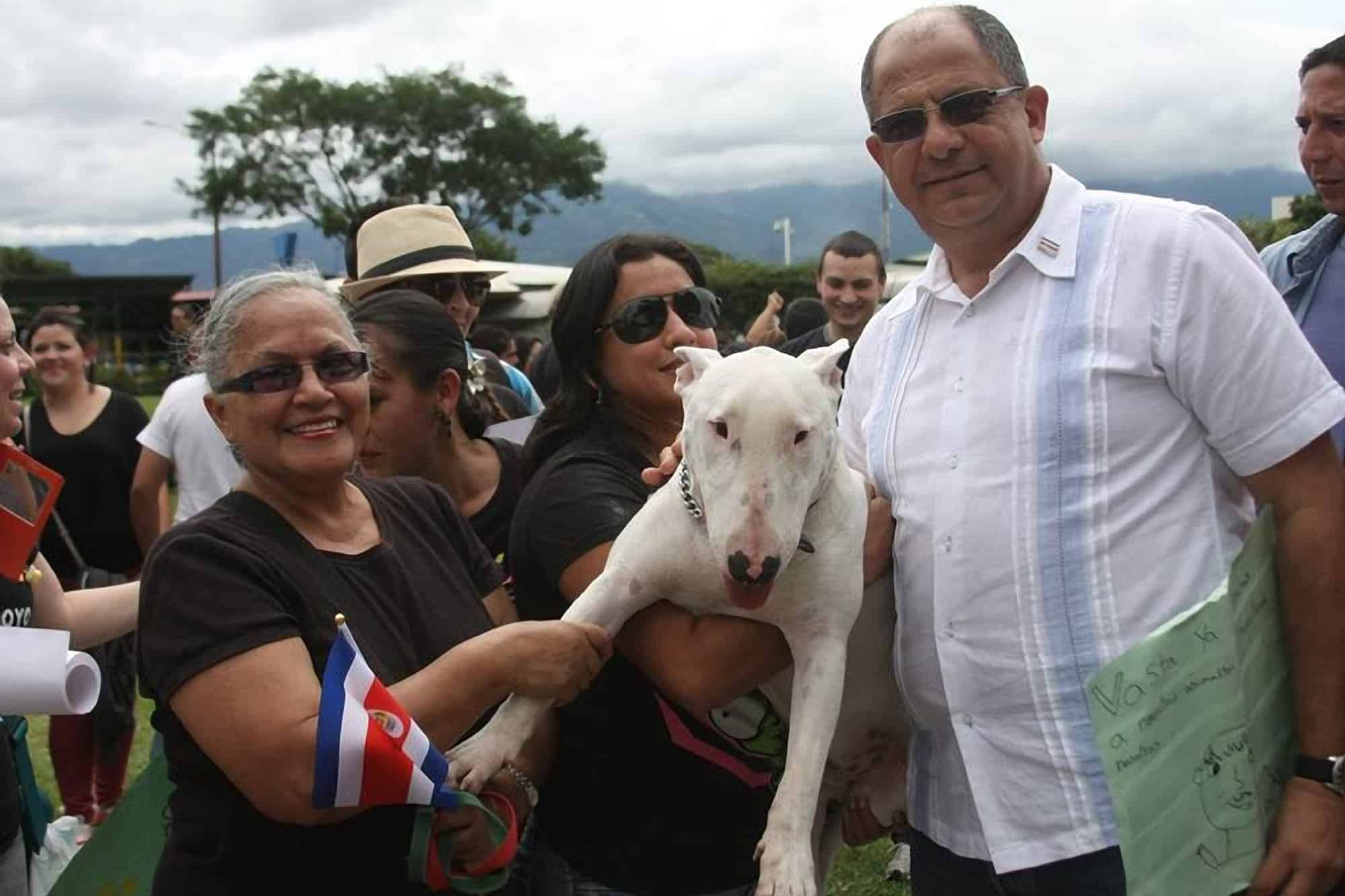 Following a meeting with animal rights groups, Costa Rican President Luis Guillermo Solís on Sunday evening promised the executive branch would include a bill against animal cruelty as a priority for approval in the Legislative Assembly starting next month.

Solís on Saturday posted a message on his Facebook page announcing that the Animal Welfare Bill — Bill #18,298 — would be sent to lawmakers for discussion on Dec. 1.

On the post he asked citizens, “What do you think this initiative should include? I will send your answers to lawmakers, productive sectors and animal welfare organizations that are involved in this process.”

On Sunday afternoon, members of the Pro-Animal Welfare Movement demonstrated in front of Casa Presidencial, in the southeastern district of Zapote, and later met with Solís.

In addition to promising to prioritize the bill, Solís pledged to form an inter-agency group that would include animal protection organizations and be responsible for outlining a road map for the implementation of the law.

The president said he would promote conversations between lawmakers and those groups because he believes progress requires cultural change.

“This goal requires a change in educational plans, and even in the culture of our people; it is not simply a matter of changing the law,” Solís told attendees.

María Ortega, a leader of the Pro-Animal Welfare Movement, echoed Solís’ comments and added that changing the mindset of many Costa Ricans would take years to accomplish.

Legislators on Dec. 1 will begin the Assembly’s extraordinary period, when a new agenda of bills is set for upcoming sessions that last until May.