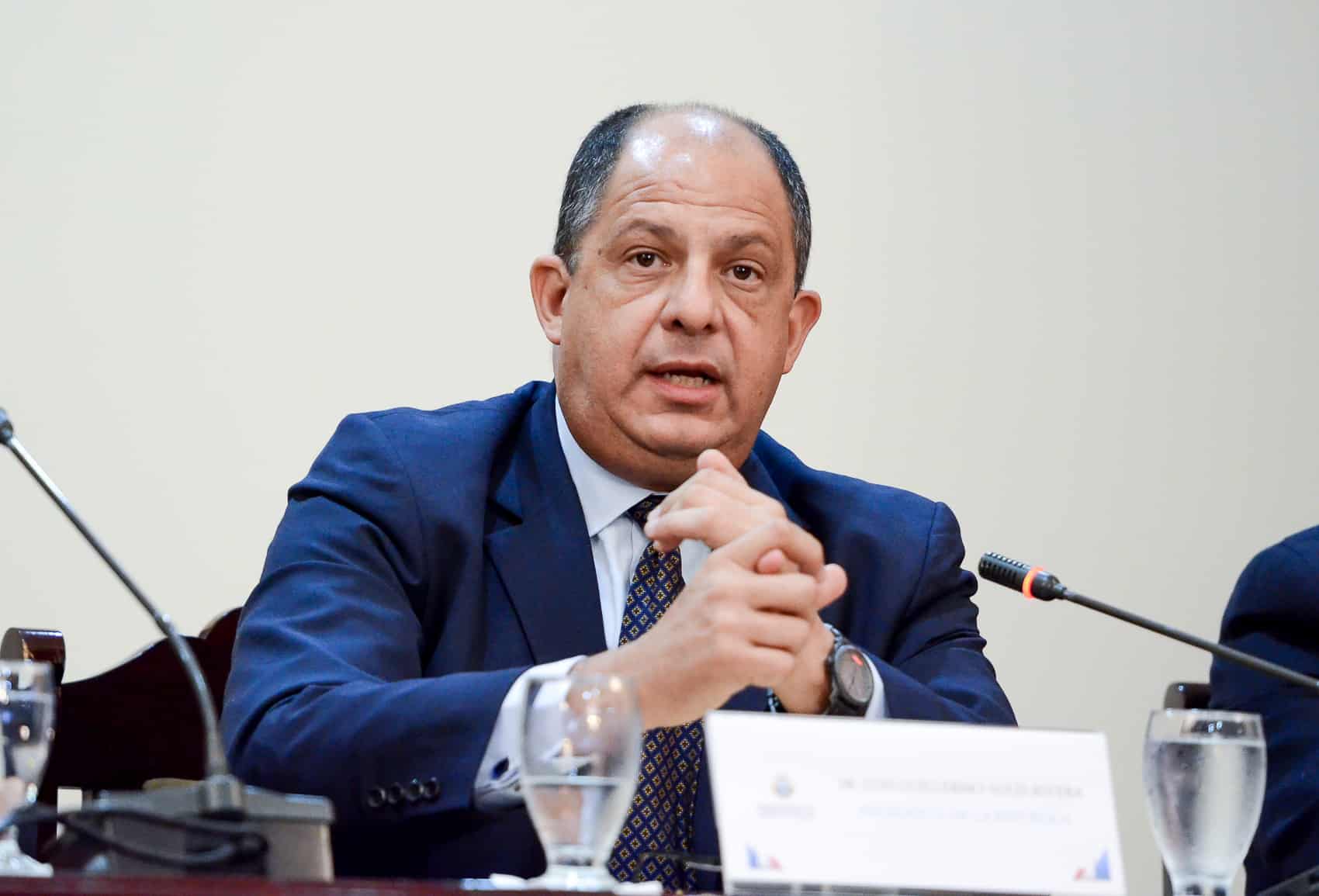 Solís said that while he acknowledged the deficit is a serious issue, it is not the most pressing matter for Costa Rica or his administration, which has expressed a desire to reinvest in infrastructure and public works projects.

“The fiscal deficit and the rising debt of the state accumulated during many years, and it is not necessary, nor prudent, to demand a hasty decision in the short term, with sudden cuts to the national budget. This is not even what international [financial] organizations are asking,” Solís said.

The president warned that so called “shock treatments” to the budget could do more harm than good, adding, “the risk is a deterioration of essential public services, which would lead to setbacks in health, education or security, that we should not and do not have to take on.”

Solís isn’t alone on this point. Officials from government agencies, including the Public Security Ministry and the judicial branch, among others, have stated that proposed cuts would affect their ability to operate effectively. Students demonstrated earlier this month at the Legislative Assembly against proposed cuts to public universities. Solís, a former professor at the University of Costa Rica, supported the student mobilization.

Solís urged lawmakers instead to consider his government’s efforts to improve tax collection and control public spending. The president claimed that since taking office in May, his government had improved tax collection by ₡21 billion colones — more than $39 million — and reduced government spending by the same amount during the same period. The Solís administration had said it plans to propose a value-added tax by the end of the year and a global income tax some time in 2015.

After returning from a trip to New York in September, the president maintained that international financial organizations were not clamoring for Costa Rica to impose draconian budget cuts. Some international observers, however, have signaled concern about the state of the coffee-producing country’s debt. In September, Moody’s Investor Services joined Fitch and Standard & Poor’s when it downgraded the country’s sovereign debt to junk status.

The president has struggled to build consensus around his budget, the largest ever proposed at ₡7.9 trillion ($14.5 billion). Some of the most ardent deficit hawks in the legislature have come from Solís’ own Citizen Action Party (PAC), most notably PAC founder and current lawmaker Ottón Solís, who chairs the Financial Affairs Commission.

Public sector unions announced a general strike on Monday starting at 8 a.m. The strike, made up of at least 15 unions, will likely close streets in downtown San José, between Central Park and the Legislative Assembly along Second Avenue.

Now that the budget has moved out of commission, the Legislative Assembly has until Nov. 30 to approve it for 2015.