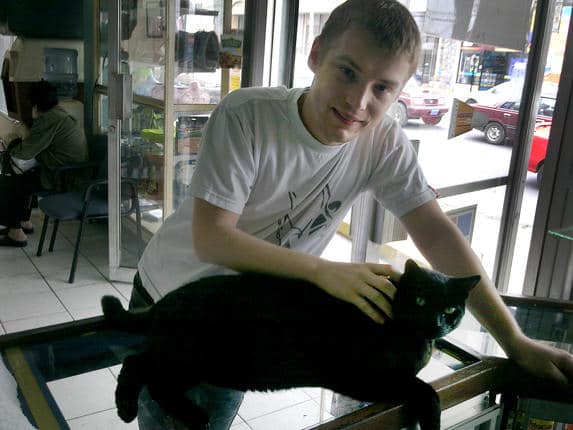 Read all of our stories on the Liberty Reserve case here.

Sentencing was scheduled for Jan. 30, with a maximum penalty of five years in prison, a Justice Department statement said.

Chukharev was one of seven people charged in May 2013 when federal authorities announced they had shut down what was described as one of the world’s biggest money laundering schemes.

Investigators said the scheme laundered more than $6 billion in criminal proceeds between 2006 and 2013 by establishing accounts using the alternative Liberty Reserve currency.

The digital exchange mechanism, which allowed depositors to mask their identities, was similar to bitcoin and other digital currencies.

“Liberty Reserve was used extensively for illegal purposes, functioning as the bank of choice for the criminal underworld,” a Justice Department statement said.

It “was created, structured and operated to help users conduct illegal transactions anonymously and launder the proceeds of their crimes,” the statement added.

Liberty Reserve’s principals were arrested in a roundup last year in Costa Rica, Spain and New York, sealing the fate of a company that had been one of the most successful in the popular but increasingly scrutinized world of unofficial banking and virtual currencies.

The indictment accused Liberty Reserve founder Arthur Budovsky — a former U.S. citizen who took Costa Rican nationality — and his partners of creating a firm that masqueraded as a convenient and legitimate money transfer system.

Before being shut down, Liberty Reserve had more than a million users worldwide, including more than 200,000 in the United States, with transactions totaling more than $6 billion in funds, officials said.

The probe involved law enforcement in 17 countries and is believed to be the largest money laundering prosecution in history, prosecutors said.