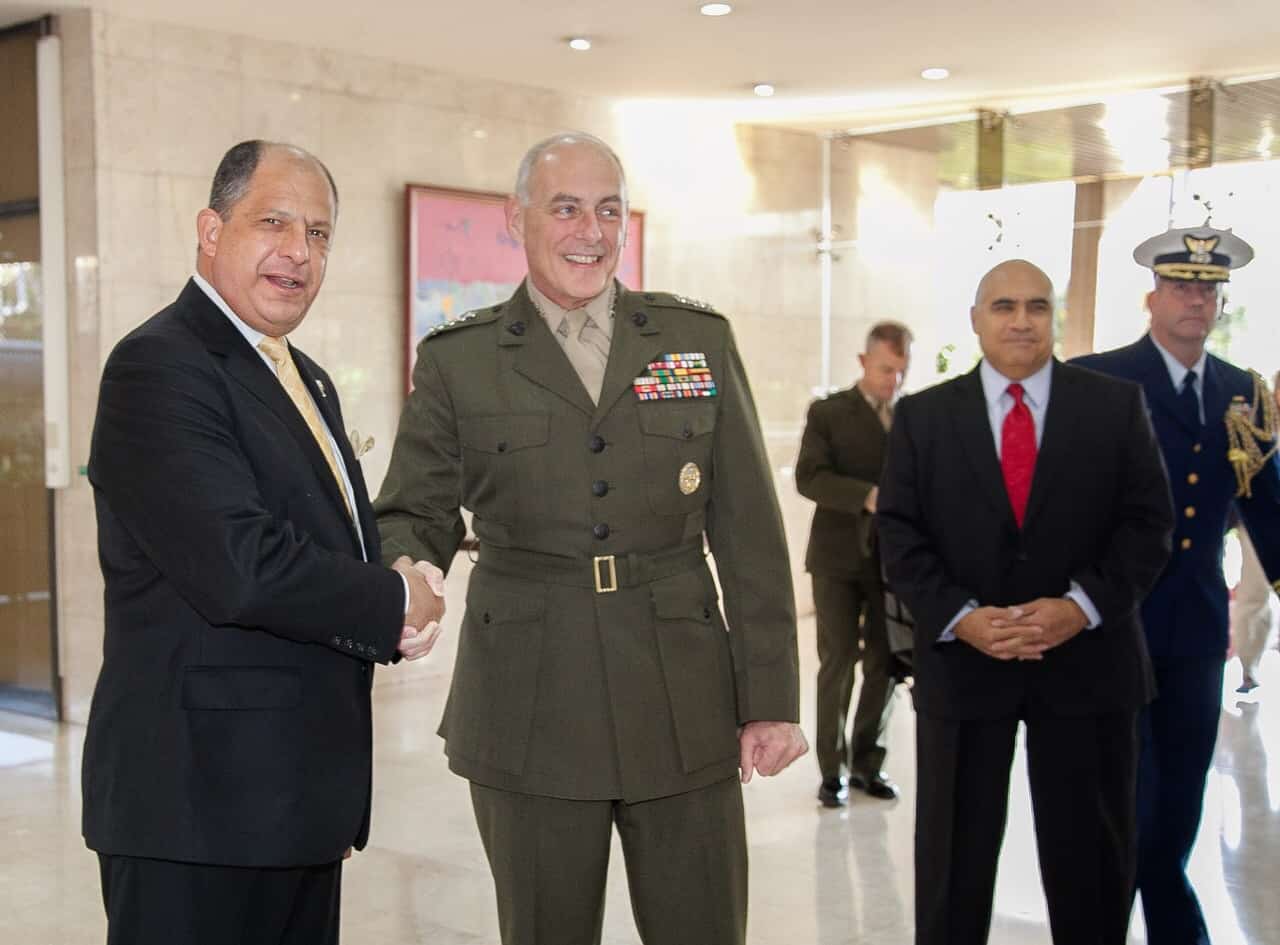 Gamboa said the meeting addressed the development of a regional security and anti-drug strategy that stretches from Colombia to Mexico. The leaders spoke about collaboration opportunities, border police training, humanitarian assistance and human rights.

“His visit is in part a recognition that [Costa Rica], despite not having an army, has become the greatest confiscator of cocaine in the fight against drug trafficking in the region,” Gamboa said after the meeting.

“They need our experience to see what we’ve been doing [with very limited resources]. The rest of the region is trying to copy the Costa Rican model to fight drug trafficking in a civil way that respects human rights,” he added.

Costa Rica’s Drug Control Police has claimed over 15.6 metric tons worth of cocaine seizures in 2014.

The minister said there would be no change in Costa Rica’s anti-drug strategy. Discussions about U.S. financial assistance for law enforcement were ongoing and did not mention any specific figures. Gamboa said he would travel to the United States next week to hold additional meeting with SOUTHCOM.

Costa Rica is a participant in Operation Martillo, a joint operation between the U.S. and Central American governments to fight drug trafficking in the waters along the isthmus. Costa Rica has received funding from the U.S. government for anti-narcotics training and equipment. Costa Rica also allows U.S. Coast Guard vessels to patrol its waters for drug traffickers.

Kelly will travel to Flamingo, Guanacaste, to review the Coast Guard station there and meet with human rights leaders to discuss human trafficking and regional security. This is the SOUTHCOM commander’s first visit to Costa Rica.

Costa Rica has confirmed 396 cases of the novel coronavirus, the Health Ministry announced Thursday afternoon. The figure marks a…