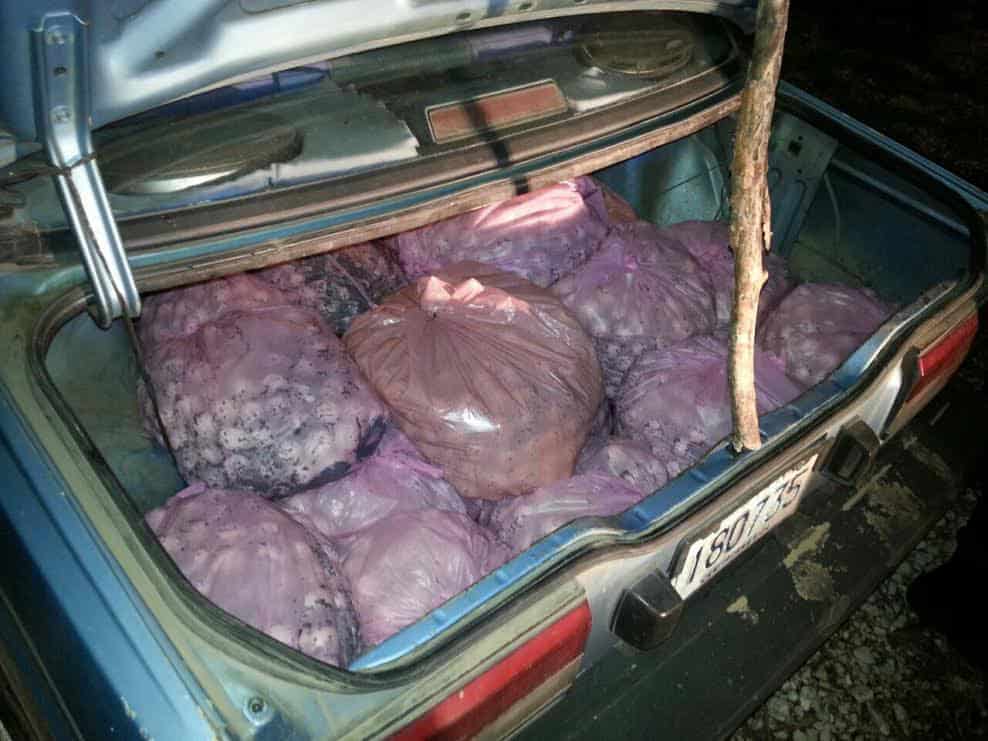 9,400 sea turtle eggs were found in the trunk of a car outside Nicoya, Guanacaste, on Tuesday, Sept. 9, 2014. ((Courtesy Public Security Ministry))

Costa Rica’s National Police have seized what is likely the biggest illegal stash of poached sea turtle eggs this year, just outside of Nicoya, Guanacaste.

Police officers spotted a nervous driver of a Nissan Sentra at a highway checkpoint outside Nicoya, a city on the Nicoya Peninsula, on Tuesday evening. When they tried to flag down the driver, he hit the gas and fled, along with a second suspect. Police gave chase for three kilometers before apprehending the driver and a passenger. After searching the car, authorities discovered 9,400 turtle eggs packed into the car’s trunk. Both suspects, identified with the last names Sequeira and Matarrita, were handed over to a flagrancy court in Santa Cruz on Wednesday morning.

In a separate incident, two women, including a 15-year-old girl, were caught with 223 illegal turtle eggs on Tuesday afternoon at Playa Bejuco, on the central Pacific coast. The two suspects also were taken to the Santa Cruz  flagrancy court.

National Police spokesman Jesús Ureña said the eggs likely are from olive ridley sea turtles, which come ashore to nest this time of year. Ureña told The Tico Times the eggs probably would be destroyed due to their poor condition.