Johnny Araya is down and out, but not his party, says analyst 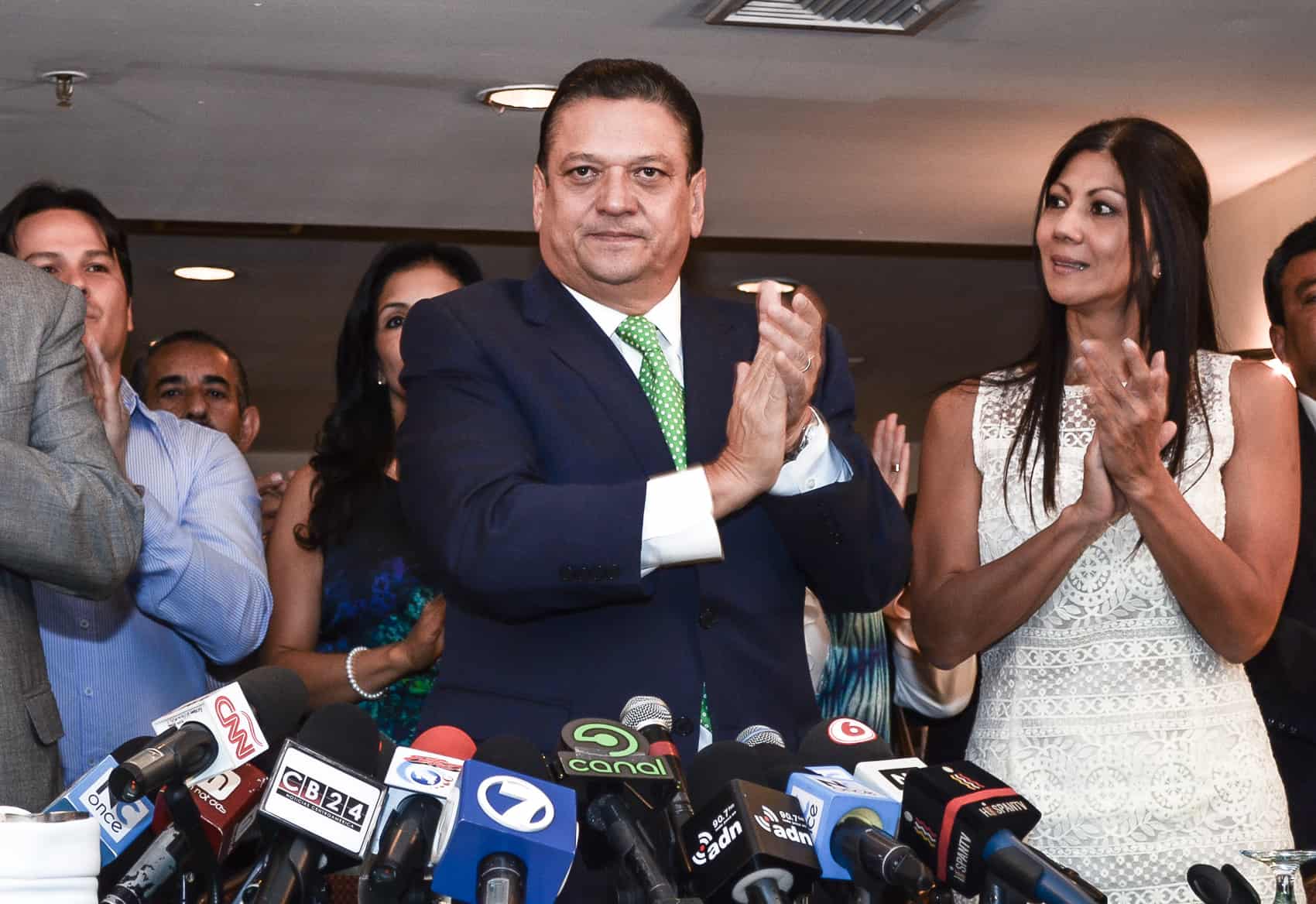 The ruling party presidential candidate announced the suspension of his runoff campaign Wednesday afternoon after a disappointing showing in a poll conducted by the University of Costa Rica. The poll, published in Semanario Universidad, showed opposition candidate Luis Guillermo Solís, 55, with a 44 percent lead over the National Liberation Party’s Johnny Araya.

Araya’s campaign chief, Antonio Álvarez Desanti, who is also an incoming PLN lawmaker, said the party had conducted several of its own polls that confirmed the results of the UCR survey. The political strategist suggested that the public was dissatisfied with PLN’s leadership after two consecutive administrations. His comments appeared to be an attempt to insulate the candidate from the disappointing results.

He acknowledged that funding was a concern for PLN during the runoff, but reaffirmed that polls were the clearest indicator that Araya should step down.

The ruling party candidate remained the strongest contender during the first round but failed to capture the more than 40 percent of the vote on Feb. 2 to avoid a runoff, pitting him against Solís, whose Citizen Action Party was flush with cash and had the wind in its sails.

Article 138 of the Costa Rican Constitution prohibits presidential candidates from dropping out of a runoff race, which Araya, 56, acknowledged in his speech, but he added that he would not waste “millions of colones” on campaign propaganda when the public had already made up its mind.

“Today, National Liberation is ending this election campaign. People will show up at the polls, we believe a much smaller number, but we will not call on people to vote, nor will we deter anyone from voting [when] we understand that the result will be in favor of the Citizen Action Party,” Álvarez Desanti said.

Cedric Solano, a spokesman for the Supreme Elections Tribunal, told The Tico Times that Araya’s name would remain on the ballot and the runoff will proceed as planned.

While Solís remains the only candidate still standing in the race, he is not the president-elect and will have to win a simple majority of the vote on April 6. Solís cancelled a planned trip to Washington, D.C., on Wednesday to hear Araya’s comments. Solís held a press conference on Wednesday evening, calling voter abstention “the greatest threat to Costa Rican democracy.”

Álvarez Desanti acknowledged that the PLN was in the political wilderness, despite commanding the largest block of lawmakers in the 2014-2018 Legislative Assembly.

“We are going to have to go through a period of rethinking the party, analyze the things we haven’t done well these last years,” promote youth and prepare for 2018, the Liberation strategist said.

He added that Araya would remain a leader of the PLN.

Urcuyo, a former Social Christian Unity Party lawmaker, believes Araya’s campaign staff opted not to expose PLN to an inminent defeat in the runoff vote, “which would have been catastrophic.”

“They did not want to be the responsible for that and instead decided to save the party’s image and whatever financial resources they still have,” Urcuyo said.

Urcuyo likened Araya’s Wednesday concession speech to watching TV news coverage of a fire: “When the fire is imminent you see people running out with furniture and whatever they can grab before everything is consumed.”

The decision was obviously very difficult, Urcuyo stressed, “and Araya was forced to take into account aspects such as his own ego, campaign donors’ money and the party’s public image.”

Public opinion might hold that the political career of the former San José mayor is dead, and Urcuyo believes that “although there is no such a thing as a corpse in politics, Araya’s career is unlikely to recover.”

However, the analyst said the PLN will recover.

“[PLN] is a strong party, it won 30 percent of the votes [in a first-round vote], and it is still a steady organization with a great historical tradition. It will have to reinvent itself, but I think it has a future,” he said.

As to future PLN candidates, Urcuyo said they must renew the party’s leadership and rely on a younger generation of leaders. Mostly, though, they must modernize a social democratic message.

They also must improve communications strategies.

“The PLN’s campaign relied on traditional advertising techniques, and the reality is different. Araya thought his mayoral image would be sufficient [to win],”  Urcuyo said.

“You can see examples of modern communications strategy in Pope Francis: He washes feet, he kisses babies, he even brought his old shoes from Buenos Aires. It’s the same with [U.S. President Barack] Obama jogging around the White House with Vice President Biden,” Urcuyo added.

Recommended: With friends like these, did Johnny need enemies?

How much did President Laura Chinchilla’s administration affect Araya? Urcuyo said the current administration’s performance was a defining element. Poor approval ratings, recent corruption cases and internal division were some of the factors that damaged the PLN’s candidate, he said.

“Araya was never capable of demonstrating that he represented change; it just wasn’t possible,” Urcuyo said.

Despite Álvarez Desanti’s assurance to the contrary, Urcuyo believes Araya will not be able to remain a party leader.

“His presence as opposition leader will last at most a couple of months. The statements by PLN leaders after today’s announcement were merely a courtesy. Araya’s leadership will disappear as soon as the discussion of key issues at the Legislative Assembly begins.”

What’s next for Solís?

For the virtual winner, Luis Guillermo Solís, the first challenge now is to get people to cast their vote in order to strengthen his leadership. Plus, if no one turns out on April 6, Araya could still win, although that is unlikely.

Solís must acknowledge that he will face a difficult administration, which Urcuyo described as being “sandwiched” between opposition blocks, as his party failed to obtain a majority in the next Legislative Assembly, which begins on May 1.

The PLN won most of the legislative seats – 18 – while PAC won 13 seats, and other groups such as the Broad Front Party and PUSC will have nine and eight, respectively.

“Solís must have a well-defined agenda, which I currently do not see,” Urcuyo said. “If Solís is going to be consistent with the proposals presented during his campaign, he must learn how to deal with the current bureaucratic organization of the state, and with barriers that may arise from rulings of the Constitutional Chamber of the Supreme Court on issues such as government intervention or bioethical policies, as court justices ideologically aligned with PAC are a minority.”

Another hurdle for a PAC administration will be the legislative opposition block of nine far-left lawmakers, the analyst said.

Broad Front Party members and workers union leaders in recent days have said the next president will be obliged to comply with their agenda or face an administration marked by street demonstrations.

Urcuyo also noted that a Solís administration would “largely consist of academics and technocrats who have no real experience in government administration,” he said. “They will have to learn on the fly.”

View all posts by Zach Dyer and L. Arias