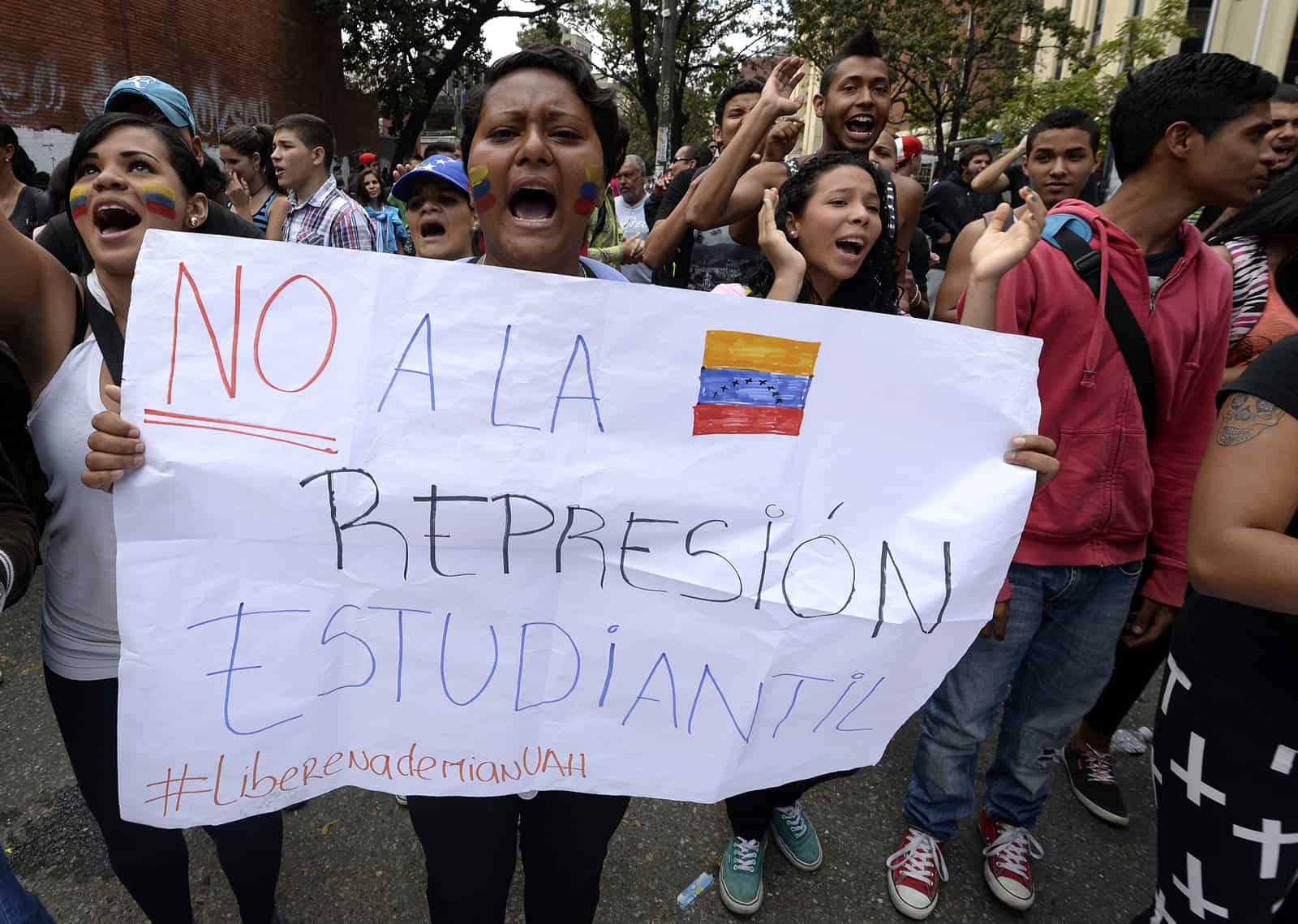 Students demonstrate in memory of Bassil DaCosta, a student killed during protests against the government of Venezuelan President Nicolás Maduro, in Caracas on Feb. 13, 2014. (Juan Barreto/AFP)

The government and both presidential aspirants of Costa Rica called for investigations Friday into violence during protests in Venezuela that claimed the lives of three and injured dozens more on Wednesday.

“The government of Costa Rica closely follows the events unfolding in the sister Bolivarian Republic of Venezuela, and deplores the signs of violence on Feb. 12, which have caused mourning and pain among Venezuelans,” a statement from President Laura Chinchilla’s administration said on Friday.

“In relation to the acts of violence, it is pertinent that the Venezuelan authorities investigate and determine those responsible for the victims and injured,” the statement said.

Thousands of students accompanied by opposition leaders marched through the Venezuelan capital Caracas and other cities Wednesday, demonstrating over poor security, inflation and a lack of basic commodities, in a further escalation of university protests that took place two weeks ago.

A pro-government demonstrator and two student protesters were killed as rallies both for and against Venezuela’s government escalated over several hours.

At least 80 people were detained as rival protests exploded into violence.

“Costa Rica, respectful of the internal affairs of other countries, expresses its concern that a climate of confrontation could  exacerbate itself and disturb the peace and stability of Venezuela,” the Foreign Ministry said in a separate statement Friday.

“Costa Rica, as a peace-loving country, calls for sanity and respect to prevail to avoid an aggravation of the situation, since violence could only cause more division and pain,” the statement continued.

Ruling National Liberation Party presidential candidate Johnny Araya took a firm stance against the events, tweeting his criticism of President Maduro Friday morning. The candidate called for guarantees of freedom for López and other opposition leaders, and suggested the government should offer political asylum to opposition leaders:

“In no way can the government of President Nicolás Maduro restrict freedom of expression in the name of a democratic rebellion by his opponents,” Araya said in a statement.

Opposition Citizen Action Party presidential candidate Luis Guillermo Solís followed soon afterwards with a vague statement denouncing violence. The former diplomat did not mention Venezuela in the tweet and qualified his statement, saying that he was not in a position to “lecture another country on its sovereignty”:

AFP contributed to this report