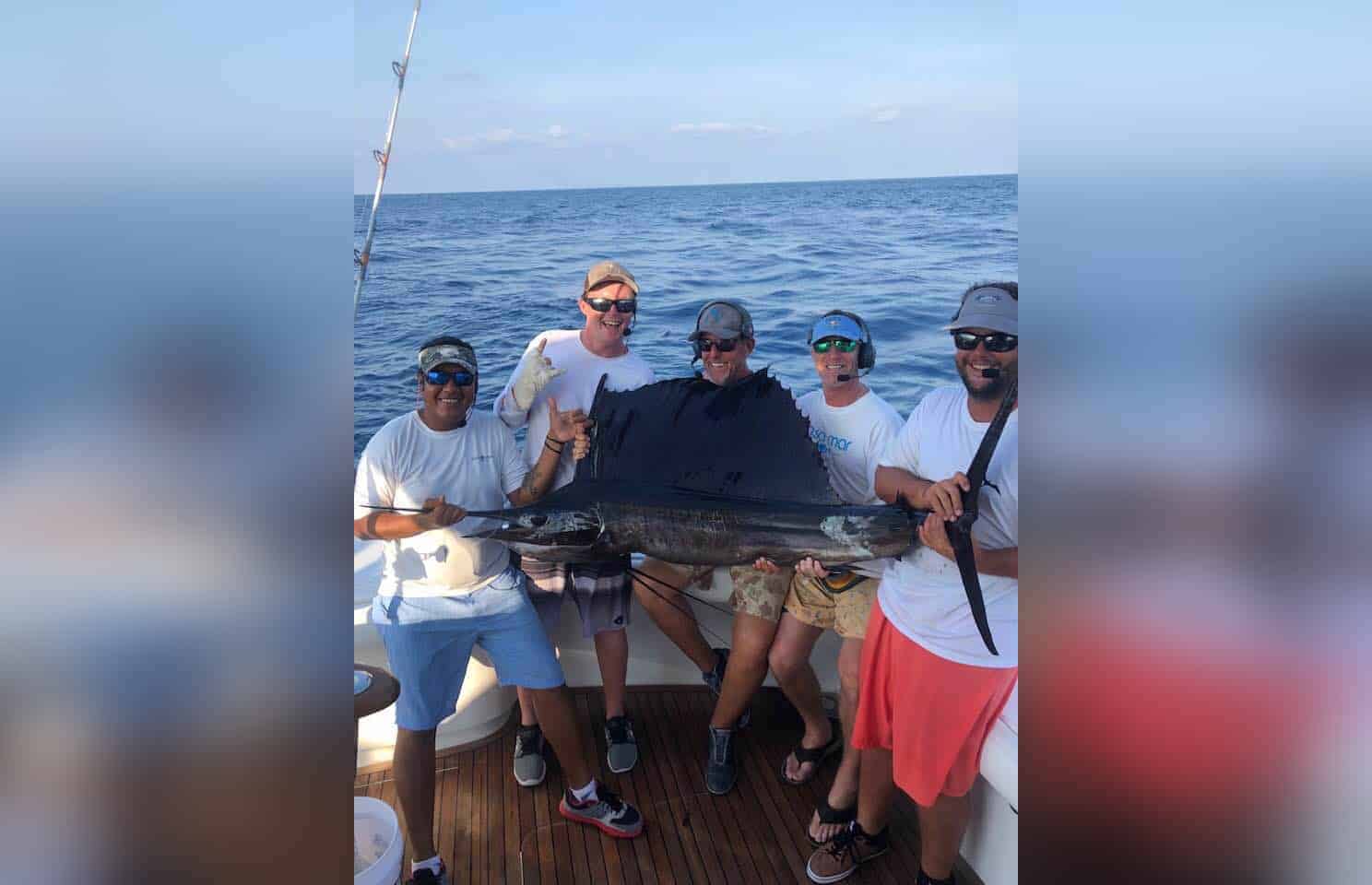 It is that time of the year again. The ocean from the Golfo Nicoya to the Panama border will get flat calm. Many of the trees on the hillsides along the Pacific will bloom bright yellow and the schools of sailfish will arrive and the number of tourists that come to chase these aerobatic ballerinas will increase 10 fold.

It is against the law to remove a billfish and tarpon as well from the water in Costa Rica for the purpose of a photo as all these fish are released by sport anglers. Commercial fishermen is a different story which we will take up in another article. The fine for lifting a billfish from the water is 2 million colones ($3390 a today’s exchange rate).

The law has been in place since 2009 and even today the majority of websites selling fishing charters on the Pacific have photos of billfish pulled up over the gunnel. If the government chose to prosecute using the photos posted as evidence, they could but like many of the fishing laws for both commercial and sport, they are actively not enforced.

I strongly encourage charter captains and anglers to follow this law, talk to your crews about educating the clients before they leave the dock and changing the photos of fish on the gunnels on your websites for action jump shots. Your own clients can supply them for you.

The government is trying to make the same rule apply for roosterfish which doesn´t make sense to me except for maybe really large roosters. A photo of a 100 lb sailfish in the water next to the boat is still pretty impressive but the same doesn’t apply to a 20 lb roosterfish.

I believe it is appropriate to re-run an article first printed in 2019 about billfish and the “Hero Shot”. Following is a link to an article from Marlin Magazine by a famous Captain Skip Smith who has fished Costa Rican waters for decades.

I also recommend his book highly. “Tales of a Hooker and her Madam” about chasing world records around the globe on the sportfishing boat Hooker and the Mother Ship Madam.

Costa Rica Fishing: The Evolution of the Hero Shot: (ticotimes.net)