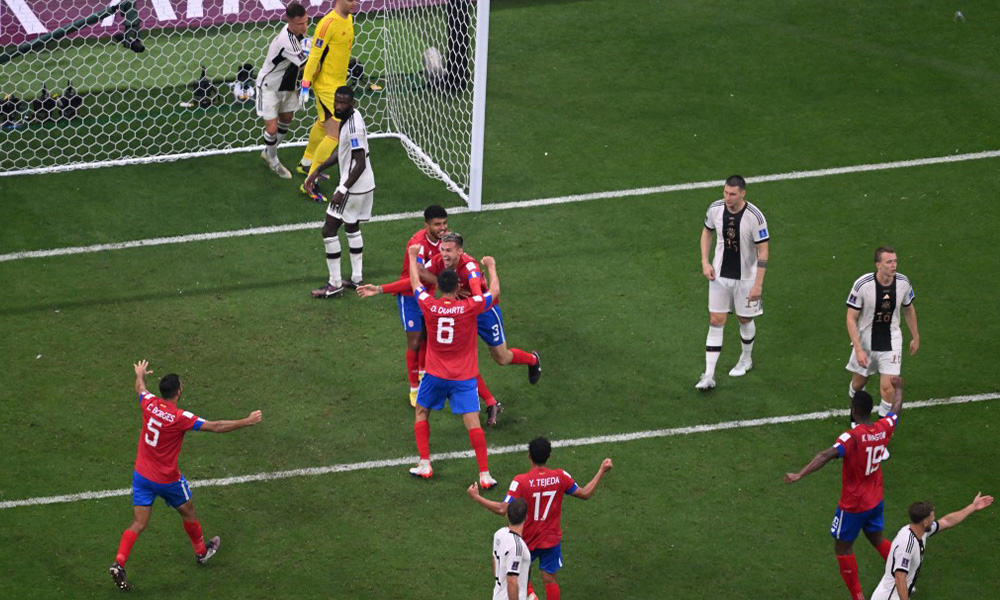 “We showed character and a strong mentality,” defender Oscar Duarte said Thursday after Costa Rica lost 4-2 to Germany, a result that saw both teams eliminated from the Qatar-2022 World Cup.

“Today it showed, we went out to compete, for a while we were dreaming of qualifying. This team has character and a strong mentality,” said Duarte in the mixed zone.

With a 2-1 partial victory in the second half, Costa Rica was for three minutes virtually qualified and left out of the round of 16 Spain and Germany, an earthquake of similar proportions to the one it caused in Brazil-2014.

“You could see what this national team is. You have to take that with you. In the end, when these things happen, there is a lot to think about and improve. It helped us a lot that we are a mentally strong group,” he said of the group’s reaction after the 7-0 drubbing by Spain.

“In three days we saw another side of the national team and sometimes that is not valued. There is a human group here that wants the best for Costa Rica,” he stressed.

Duarte, one of the veterans of the group, ruled out thinking about an international retirement and valued the improvement made in the three matches in Qatar.

“No disappointment, the team fought until the last moment. We gave it our best. We have a lot of young players, I think that in the end we have to think about the future, they can have a good career ahead,” he said about the experience they have lived.

Against Germany, Jewison Bennette, who made his World Cup debut in Qatar, came on in the defense in the last quarter of an hour.

“It was a pretty tough game, with a lot of intensity, a great duel. Now we have to work harder. This hurts a lot, we believed until the end and fought, we said goodbye in a great way,” he said.

“It hurt a lot because we had the opportunity to qualify and unfortunately we didn’t make it. The good thing was that we fought until the end and attacked. It leaves a good taste in the mouth because we could have qualified,” he added.

Bennette recounted what it felt like to see his team in the round of 16 for a few short minutes.

“It was a very emotional moment when we were on the verge of making history again, we were just a little bit short. In the end we didn’t get it,” he concluded.