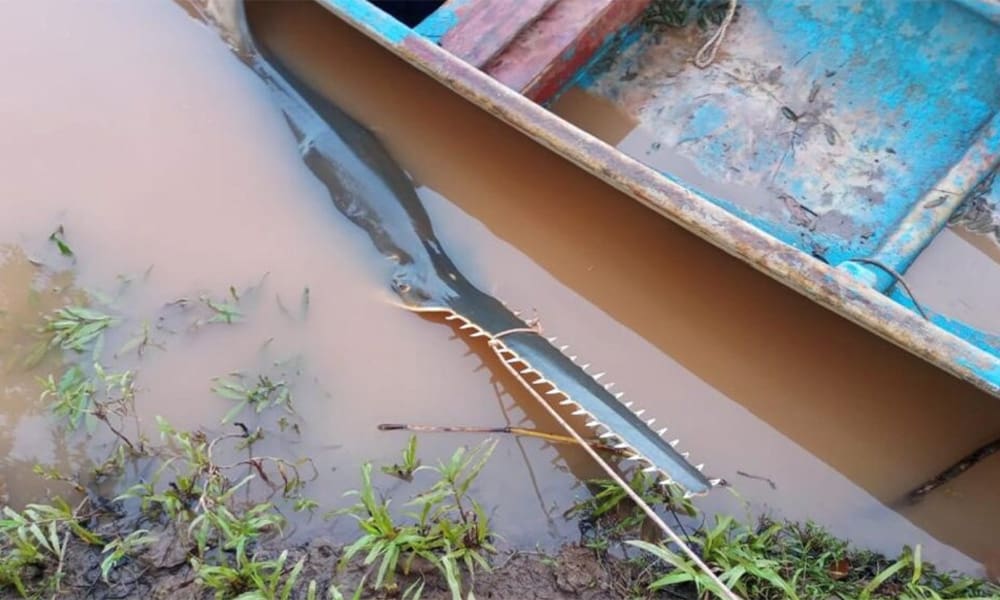 The Pez Sierra is a Costa Rica project composed of a team of scientists from the Center for Marine Science and Limnology Research  (Cimar) of the University of Costa Rica (UCR). It has successfully captured and released a large-toothed sawfish in the Northern Zone of the country, close to the San Juan River.

“This was the first specimen captured by the project after seven years of search and work. This has included interviews with 275 fishermen and community members, scientific fishing, and analysis of 575 environmental DNA samples taken around the Pacific and Caribbean oceans,” mentioned the University of Costa Rica.

These DNA samples were used to detect the presence of sawfish in an ecosystem without the need to capture or observe them. Of the samples collected, only 16 were positive. Through these techniques, they could identify the areas where the fish was found.

The expedition began on Monday, September 26, 2022, without success. Two days later, Jorge Valerio Vargas, the researcher who led the journey, along with Johnny Gonzalez, Ruben Gonzalez, and Jose David Ortiz, managed to catch the first sawfish.

“When it got close, you could already see it…Nietzsche said that if words are enough, the approach is mediocre, and that’s one of those moments where the whole project clicked,” Valerio remarked.

A rope was placed on the animal’s saw due to the strength and speed at which it could move it. Then, they used another string on its tail to control it, moved it to the water’s edge, and took the necessary measurements and samples for scientific analysis.

Moreover, as part of this study, the fish was determined to be 3.10 meters long, had 18 teeth on each side, and was determined to be a sub-adult male, meaning it was approximately ten years old. It was impossible to determine the weight, although the researcher estimated it exceeded 100 kilograms.

After measurements were taken, the sawfish was released without hooks and ropes.

For the Cimar project, this achievement “is the culmination of seven years of effort. “The project is called ‘In search of the sawfish in Costa Rica,’ and we found it,” Valerio added.

Capturing the first specimen of the sawfish in Costa Rica opens the doors to studying this species in its natural environment. In general, there are very few reports of this animal worldwide, and in Costa Rica, they have not been carried out in 40 years.

This expedition was carried out together with local collaborators from the Northern Zone. Their knowledge of the San Juan and San Carlos rivers contributed significantly to the discovery. Investigators were tremendously grateful to community members who collaborated with the project.