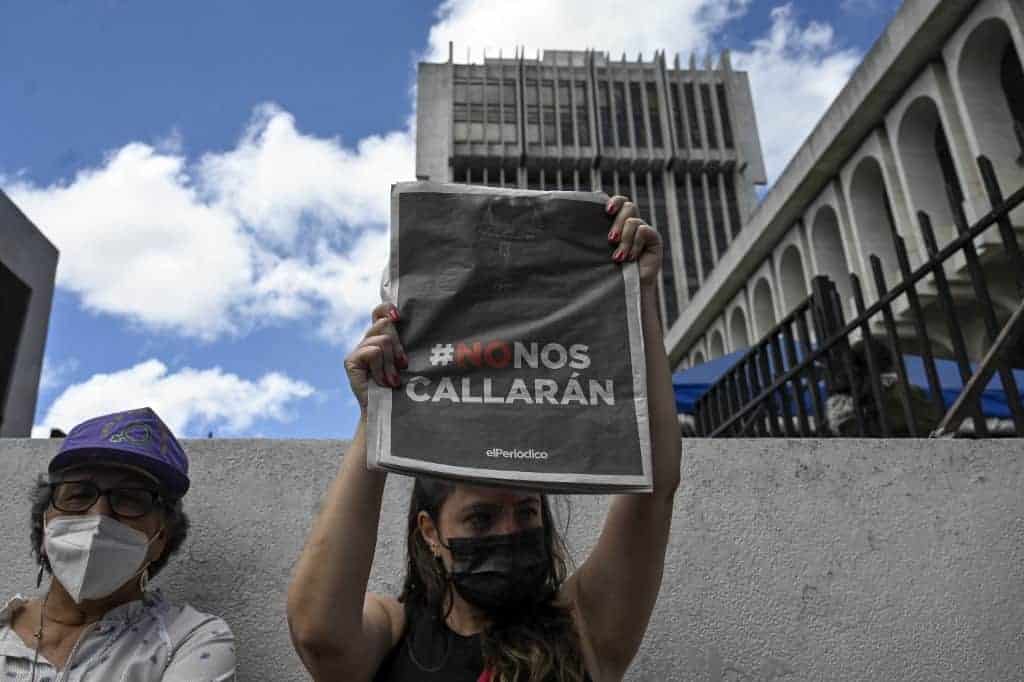 Guatemalan police arrested a board member of the opposition newspaper El Periódico, whose editor José Ruben Zamora is in jail and accused of money laundering after denouncing corruption in the government, the Attorney General’s Office said Saturday.

Flora Silva, financial manager of Aldea Global S.A. (El Periódico), was arrested Friday night on charges of money laundering conspiracy after a raid on her home in Guatemala City, the Public Prosecutor’s Office said in a statement.

“Silva (…) would have instructed his staff to prepare paperwork to support a money transaction, he would have also coordinated the delivery of such transaction and informed” Zamora “of all the movements made so that he in turn would communicate with (the banker) Ronald García,” he added.

Zamora, who considers himself a “politically persecuted person”, was arrested at the end of July and last week was indicted for the possible commission of the crimes of influence peddling, blackmail and money laundering. The communicator is being held in pre-trial detention while the investigation continues.

According to the accusation, Zamora asked García to help him enter 300,000 Quetzals (US$37,500) into the banking system in order to hide “the true origin” of the funds.

According to García, the money was possibly obtained by the journalist from several businessmen whom he “blackmailed” not to publish information against him.

Zamora has blamed his arrest on President Alejandro Giammattei and Attorney General Consuelo Porras, sanctioned last year by the United States, which included her in a list of “corrupt and anti-democratic” people, or Engel List.

Following Silva’s arrest, El Periódico stated that the executive serves as the newspaper’s financial and administrative director and that she has cooperated with the requirements of the investigating agency. It also denounced that unmarked vehicles were used in the operation.

“The arrest of Ms. Silva is another example of the systematic attacks and judicial persecution without legal grounds against El Periódico,” the newspaper added.

“El Periódico demands an immediate end to the political persecution against it and the independent press in Guatemala, as a result of its critical work against the arbitrary actions of the regime of Alejandro Giammattei,” it added.