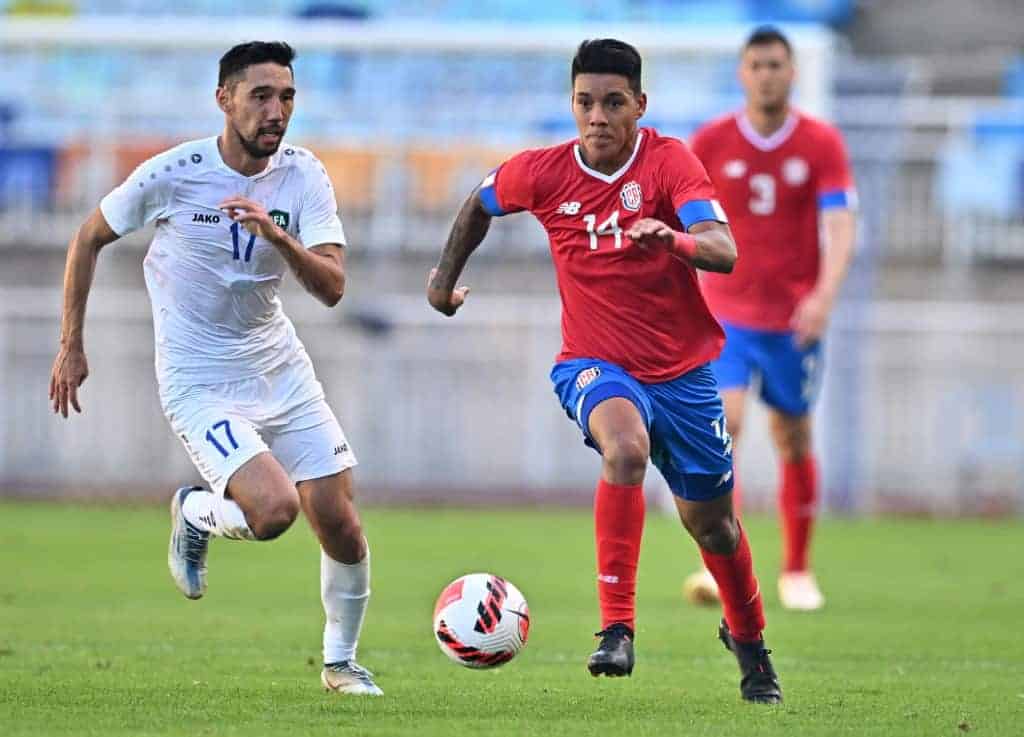 The goals in the match, played at the Suwon World Cup Stadium, south of Seoul, were scored by Eldor Shomurodov (25) for Uzbekistan and Anthony Hernández (90+2) and Kendall Waston (90+4) for Costa Rica.

Even though the Uzbekistan team lost, it played better then Costa Rica, who played a very dull game, with no creativity and very few attacks on goal.

With a tidy defense and swift counter-attacks, Uzbekistan held their opponents at bay. However, despite having control of the ball for most of the match, during stoppage time Costa Rica came alive and once again demonstrated their attacking efficiency, less than two months before their World Cup opener against Spain.

Costa Rica’s coach, Colombian Luis Fernando Suárez, went into the match with a completely revamped starting line-up, compared to the one that started last Friday’s draw against South Korea.

The Colombian coach tested several players getting ready for the World Cup, where Los Ticos will face Spain, Japan and Germany in the preliminary round.

For his part, Uzbekistan coach Srecko Katanec started with almost all the players who recently beat World Cup winners Cameroon, with Roma striker Eldor Shomurodov as the main attacking player.

In the first half, Costa Rica had control of the ball, but lacked clarity in attack, against a compact and crouching opponent looking for a counter-attack with Shomurodov up front and Khojimat Erkinov on the right.

In one of those counterattacks, after a turnover in midfield, Shomurodov found himself in front of Costa Rican goalkeeper Aarón Cruz and beat him from underneath in the 25th minute.

Shortly thereafter, Shomurodov again found himself in front of Cruz, but the goalkeeper took the ball away from the Roma striker’s feet.

In the 54th minute of the second half, Shomurodov, after a combination with Otabek Shukurov, missed another chance in front of the goalkeeper, this time Patrick Sequeira, who came in at halftime. The Costa Rican goalkeeper was effective with several saves on goal.

Faced with Uzbek domination, Suarez made several changes to give more life to his teams play, which was effective in taking advantage of the few chances it had, thanks to good defense and quick transitions.

When everything seemed to indicate that Uzbekistan would get another victory with Katanec on the bench, the tricolor came back, which had already demonstrated its enormous effectiveness against South Korea (2-2) in a friendly match played last Friday.

First it was Hernandez, in the 92nd minute, who scored the first goal when he took advantage of a clearance from goalkeeper Utkir Yusupov.

Two minutes later it was the Waston’s turn, a central defender accustomed to going up for set pieces. This time he scored with an accurate header from a set piece.

With the victory, Costa Rica has one win and one draw in this FIFA window, while Uzbekistan, who did not qualify for the World Cup, beat Cameroon and lost to the Costa Ricans.